The Rules of Attraction

Medica exhibitors often use unconventional methods to draw visitors to their booths. 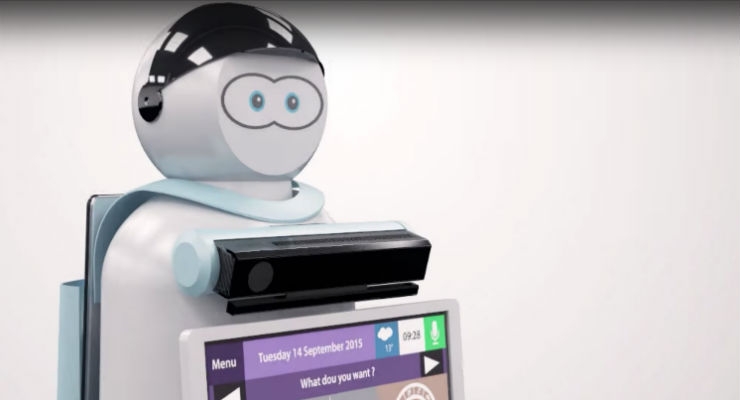 It wasn’t the costume that concerned Lisa L. Michels at Medica, so much as the potential reaction to it.

Her anxiety level was in overdrive at one point last week as she prepared to debut a new marketing strategy before a crowd of business professionals at the world’s largest medical trade fair, held Nov. 14-17 in Düsseldorf, Germany.

“I was reluctant to put the costume on and spend time in it,” recalled Michels, general counsel and regulatory affairs expert for Pleasant Prairie, Wis.-based Regulatory Compliance Associates Inc. “I kept asking, ‘Should we really do this?’ ‘Is this okay?’”

It was more than okay, actually. Within minutes of donning a nondescript, orange inflatable get-up last Wednesday afternoon, Michels was posing for pictures on the Medica show floor and high-fiving passers-by at her company’s booth in Hall 16. More than a few heads turned when she waved to attendees and twirled around her colleague, though it was virtually impossible to ascertain the thoughts behind those second glances.

The exact reasons are immaterial, though. Through her simple costume, Michels achieved her goal: She attracted attention (and possible customers) to the Regulatory Compliance Associates booth—a difficult, if not rare, feat at an event that lures roughly 130,000 visitors annually to Deutschland’s sprawling 17-building fairgrounds. “The reactions were positive,” Michels told Medical Product Outsourcing on the show’s final day. “A lot of people from all different countries came up to me…I had a ton of people asking to pose with me for pictures. The overall response was very positive. I did it near the end of the day in an effort to draw positive attention to us in a fun way.”

Indeed, such amusing, light-hearted sights as Michels’ amorphous garb are not the norm at Medica (or any healthcare trade fair, really). The event showcases the latest innovations in healthcare technology and updates attendees on somber industry issues—namely, regulatory compliance, quality control, hospital reimbursement, research and development spending, and economics.

Medica’s serious undertone, however, is partially responsible for Michels’ marketing success: Any oddity or show floor amusement (a Big Hero 6-like character, perhaps?) is bound to gain attention and direct valuable traffic to its source. Michels’ plan worked like a charm, causing countless numbers of visitors to pause just long enough at the Regulatory Compliance Associates booth last week to take information sheets or a company pen (inscribed with its logo, naturally). Even the photo keepsakes should likely have a lasting impact—Michels cleverly positioned herself near the firm’s name, ensuring her “fans” would capture the moniker in their snapshots.

“It was perfect because when people came up to take a photo, our name was in the background, so if they try to remember where that orange costumed character came from, they’ll have our company name to reference,” noted Erika Porcelli, Regulatory Compliance Associates’ vice president of business development. “There were a couple of people that took business cards and some came up and grabbed pens. At the very least, it hopefully made people come up and wonder, ‘What does this company do?’”

“It’s hard to sell consulting,” Michels said. “There’s nothing to substantiate one consulting firm from another other than its people. We have nothing else to display other than ourselves and our charisma, and many times that gets us the job. So we had to find a unique way to bring people into our booth.”

It would have been easier had the company brought along its signature orange Gumby-like figurine, a favorite giveaway over the last several years. But low supplies forced Michels and Procelli to leave the tchotchke behind in America and find a suitable alternative.

“People would come by our booth and take those figurines—some would take four or five at a time. We’d run out of them every year,” Michels explained. “They were very popular, so I thought we should take advantage of this situation and come up with a way to represent ourselves that ties us to that little icon figure.”

That’s too bad, because ultrasound machines are natural attention-grabbers, especially when those units are used to scan live subjects. Crowds gathered around the gargantuan booths of Philips, Samsung, and Toshiba Medical during Medica to watch real-life demonstrations of the trio’s respective imaging equipment. Not surprisingly, traffic was particularly heavy around the units scanning pregnant women.

“Happy birthday to your baby,” one young spectator giggled to her colleagues as a Toshiba Medical representative scanned a woman in her second trimester using the company’s Aplio i800 system, a machine with advanced Superb Micro-vascular Imaging (SMI) technology that provides its users with more vascular detail in ultra-low velocity flow imaging to reveal minute fetal and maternal blood vessels. Nearby, Samsung connected mother and child via the WS80A Elite Ultrasound, a high-resolution 5D system that features hybrid beamformer technology and S-Vue transducers to provide good image quality, as well as Realistic Vue for better volumetric imaging. The system received U.S. Food and Drug Administration 510(k) clearance in February 2015.

“People really like to see pregnant women being scanned,” said Anna Platzbecker, a 23-year-old graduate psychology student in Düsseldorf who worked the four-day Medica fair as a non-pregnant Samsung ultrasound model. “But I think it’s most interesting for the doctors themselves. They can use it and get a feel for it, and they can also see the pictures it produces from the scan.”

An equally effective crowd magnet at the show were Pepper and Kompaï, two robots that engaged passers-by in conversations. Manufactured by Tokyo, Japan-based Softbank Robotics Corp., Pepper mesmerized strangers with his emotion recognition functions, demonstrating the ability to generate emotions autonomously by processing information from his cameras, touch sensors, accelerometers, and other sensors within his “endocrine-type multi-layer neural network.” At the Softbank booth, Pepper flaunted his emotional talents, displaying different emotions based on visitors’ facial expressions and words. He mimicked smiles, frowns, and raised his voice or sighed depending on his guests’ moods.

Pepper also worked the Fukuda Denshi Co. Ltd. booth, welcoming onlookers and encouraging them to explore the company’s line of cardiovascular and respiratory systems equipment. His twin (or brother, it was hard to tell) was stationed inside, boasting of his healthcare prowess. “Robots like me can connect to medical devices, watch over patients and deliver nursing care,” he explained, noting his ability to record blood pressure and conduct an electrocardiogram, manage the data, and explain the results. “Please just don’t say you’d rather have a beautiful nurse perform the procedure.”

A robot with a sense of humor? Simply irresistible.

(Learn more about Pepper in the video below):

Kompaï isn’t quite as witty as its Japanese counterpart, but—like Pepper—it can talk, recognize speech and provide special care to people. Positioned strategically in the front of the French pavilion in Hall 17, the robot from Bidart-based Robosoft attracted a steady stream of visitors with its blinking eyes and futuristic perfectly round head. Able to navigate autonomously, Kompaï can remind people of meetings, help patients communicate with doctors, conduct (hospital rounds), check on sick patients, play music, and also play games with their companions. It also has a large red button near the bottom of its “body” that people can push in emergency situations. “It can remind you to take you medication, it can help with exercises, and it can also play cognitive games,” a Robosoft saleswoman noted. “Caregivers can’t do everything at the same time. Nurses get tired; robots don’t get tired. Kompaï can help reduce the nurses’ workload—they can do rounds, check on patients, basically, they can do whatever you want them to do.”

The rudimentary DocCheck “robot,” however, had a mind of its own. Nowhere near as sophisticated as Kompaï or Pepper, the makeshift android consisted of DocCheck AG’s foam board logo attached to a motorized floor unit. The contraption wandered near the company’s stand in Hall 15, intriguing visitors up to the very end of the show with its snarky comments: “Get out of my way!” it shouted to random passers-by. “You’re standing on my cable!” it told others.

Although it was primitive compared to the real robots at Medica, DocCheck’s wandering logo nevertheless attained the same objective of drawing visitors’ attention. Captivated by the contraption, a group of five young men entered the DocCheck AG booth during the fair’s waning hours to control the motorized logo and learn more about the Cologne, Germany-based developer of a portal that digitally unites European medtech market players. The company claims it has the largest platform to exchange data, online services, and e-commerce, boasting more than 1 million users and 2,500 cooperating websites.

Indeed, DocCheck and its more advanced counterparts were effective traffic boosters at Medica, but their success rate varied depending on the individual visitor. Those not interested in robots (or had no clinical use for them) passed them by without a second glance, quickly scurrying off to find their own island paradise in the sea of exhibit booths. Video game junkies, for example, found their Eden rotating a huge rocky ball up a mountain in the multidimensional game “SisyFox” developed by German startup Urban Invention, while health fanatics gave pause to Medisana’s virtual-reality massage chair in Hall 15.

(A sampling of the Sisyfox video game is below):

The chair uses virtual reality technology—slated to hit the market next year—to transport the sitter to a secluded French beach where the sound of the ocean easily drowns out surrounding noises (even trade show din). A personally-chosen masseuse walks onto the beach and soon positions himself/herself “behind” the chair to perform the massage; as the subject is reminded to breathe in and out, motors in the chair kick into action, pushing and pulling muscles in an attempt to wring out tension.

Though Medisana’s exhibit booth was not ideally located, it still managed to attract quite a few visitors during Medica. “People are very, very curious about it,” a company representative noted. “We’ve had a lot of people who experienced the chair. It was very busy—as people experience it, they are better able to understand how it works. It’s been a great driver of people to the booth.”

And that’s all any company can ask of its product. Even something as (extra)ordinary as a chair.
Related Searches
Related Knowledge Center
Suggested For You 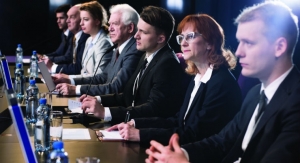 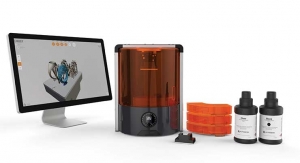 The Transformation of Design 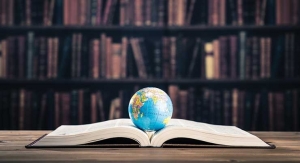 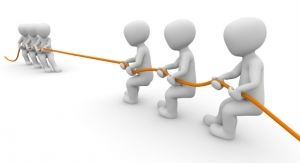 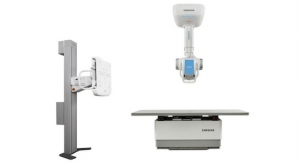 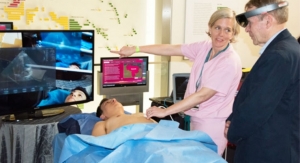 Augmenting Reality in the Operating Room 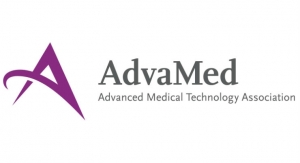 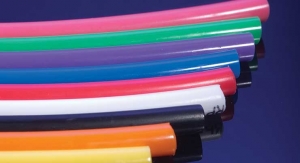 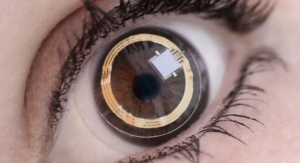 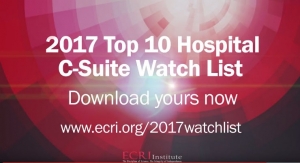