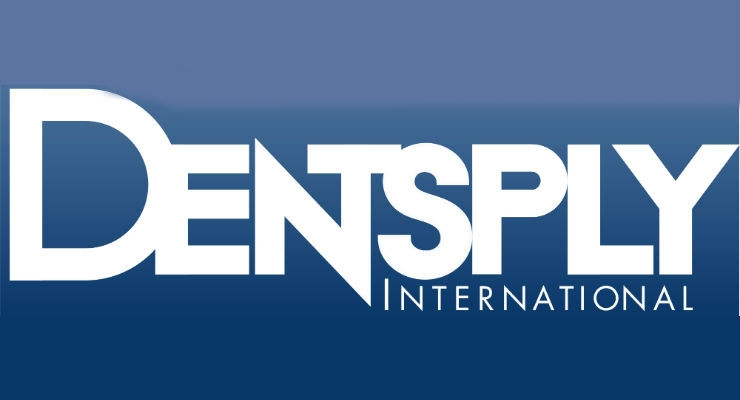 What’s in a name? Or rather, what’s in a merger? On Sept. 15, 2015, Dentsply announced that it had negotiated an agreement for a merger with Sirona Dental Systems Inc., manufacturer of several lines of dental products including CAD/CAM restoration systems; digital intra-oral, panoramic, and 3D imaging systems; dental treatment centers; and instruments. The stockholders of both companies approved the proposed transaction (in which outstanding shares of Sirona stock would be converted into the right to receive 1.8142 shares of common stock) in January 2016. Henceforth, the company would be known as Dentsply Sirona, and the transaction was  completed in late February of this year.

CEO Jeffrey Slovin and Executive Chairman Bret Wise characterized 2015 as a “pivotal period” for the company. Unfortunately, pivotal doesn’t always mean successful. In fiscal year 2015 (which ended Dec. 31), Dentsply reported net sales of $2.67 billion—a 7.6 percent decrease from year-end 2014. The source of this decline, according to Dentsply, was a dramatic weakening of the euro in the second half of 2014 and throughout 2015, resulting in a 9.5 percent unfavorable foreign currency translation.

Disregarding that (and excluding precious metal content, in which sales fell by 28.6 percent from 2014 due to reductions in refinery volumes and the declining use of precious metal alloys in dentistry), 2015 net sales grew 1.9 percent from 2014. By region, 2015 net sales on a constant currency basis increased in the United States by 2.6 percent, decreased in Europe by 0.3 percent, and rose by 5.3 percent in the company’s “Rest of World” region. Overall, internal sales growth decreased in every region (0.8 percent, 0.3 percent, and 0.3 percent respectively) due to product line discontinuations associated with Dentsply’s global efficiency initiative.

Dentsply’s business is organized into three operating segments: Dental Consumables, Endodontic, and Laboratory Businesses; Healthcare, Orthodontic, and Implant Businesses; and Select Developed and Emerging Markets businesses. Across the board in 2015, each segment experienced a loss in net sales compared to 2014.

The $1.16 billion Dental Consumables, Endodontic, and Dental Laboratory Businesses revenue in 2015 represented a 4.3 percent loss from 2014. Sales growth in the Dental Consumable businesses partially offset the reduced sales in the Dental Laboratory business, resulting in a 1.7 percent net sales growth on a constant currency basis. Healthcare, Orthodontic, and Implant Businesses’ $968.5 million net sales last year tumbled 9.2 percent from 2014, although increased sales in the Healthcare business brought about a 1.5 percent gain on a constant currency basis. The Select Developed and Emerging Markets Businesses show the most marked decline—its net sales of $457.4 million represents an 11.7 percent decrease from 2014. The sector’s 2.9 percent sales increase on a constant currency basis, however, was a result of improved market demand in the Emerging Markets businesses.

On the sunnier side, in 2015 Dentsply achieved record adjusted earnings per share of $2.62, growing 5 percent overall, but almost 11 percent on a currency-neutral basis.
Apart from that, though, the main strategy for Dentsply to boost sales appears to be its merger with Sirona; its new product offerings and clearances for 2015 were somewhat light. The company launched the Captivate by NUPRO Tooth Whitening System in April, both an in-office and pre-filled, disposable take-home patient kit for professional whitening. In May, Dentsply Caulk launched its Calibra universal self-adhesive resin cement, allowing dentists a more effective and thorough cleanup due to a wide tack cure window of up to 10 seconds, and an extended 45 second gel phase. On the regulatory side, the company’s ProRoot MTA—a root repair material that creates a biocompatible seal to replace dental pulp and prevent infection—received U.S. Food and Drug Administration clearance in September for pediatric pulpectomies.

According to CEO Jeffrey Slovin, the merger with Sirona allows the company “to become the world’s largest manufacturer of professional dental products,” with a large, strong platform of more than 600 experienced scientists and engineers to “foster the development of better, safer, and faster dental care.” As with any merger, there are a number of risks to consider in order for Dentsply to pull out of its 2015 net sales decline and live up to that lofty goal. The company cleared the first hurdle—ensuring the merger continued successfully and without delay. Sirona stockholders had legally challenged the merger and sought injunctive relief to enjoin the defendants from completing the deal on the agreed-upon terms. On the opposite end, with the merger complete, substantial expenses will occur related to the integration of the two companies. Dilution to the combined company’s adjusted earnings per share may also occur—should the acquisition not be accretive—resulting in decreased market price of the combined company’s common stock. Finally, expanded operations following the merger must be effectively managed (including management challenges, new operations monitoring, and associated increased costs and complexity) or else future results may suffer.
Suggested For You