About three months ago, drone-making company Draganfly began to strategize how drones might be able to help against COVID-19. 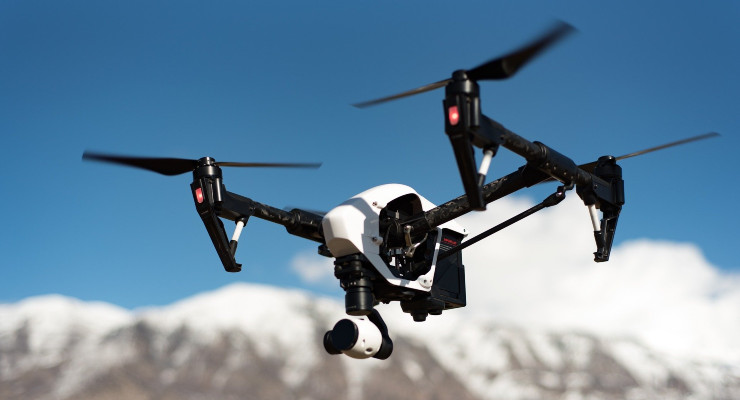 About three months ago, when the COVID-19 outbreak was becoming a serious problem in care homes, Saskatchewan-based drone-making company Draganfly began to strategize how drones might be able to help.

The company understood that thermal cameras attached to their drones would be unable to measure core body temperature and couldn’t spot fevers like temperature sensors can. The company then sought the help of Javaan Chahl, professor of sensor systems at the University of South Australia (UniSA), to harness a one-of-a-kind computer vision technology system his team had been developing since 2014.

Initially, the technology was explored to measure vital signs in premature babies. “The idea was to replace some of the invasive instrumentation that currently exists for neonatal babies," Chahl told Smithsonian, referring to adhesive electrodes.

Chahl and his colleagues won worldwide recognition in 2017 after a presentation proved the team’s image-based algorithms could calculate heart rate from videos captured by drones. Since then, the system has been modified to gather heart and breathing rates from within five to 10 meters of a person using camera-equipped drones 50 meters away. The team has also created algorithms to determine coughing or sneezing from interpreting movement.

"We're looking at using a thermal camera because people are radiating heat all the time," Chahl said. "The hotter they are, the higher the temperature will register." In addition, a deep learning-based gesture sensor will help the system detect people's coughing and sneezing movements—two very visible signs of a respiratory illness. "That is useful information to understand where the virus might be," said Chahl. "So it's really mapping the human landscape looking for the virus."

Using traditional signal processing technology and a combination of a visible light camera, microphones, thermal cameras, and temperature sensors, the computer vision system measures heart rate based on changes in skin tone. The heart beating causes blood flow variation in the face and other areas of the body. The system also detects breathing and respiratory signals by tracking the chest’s cyclic movements.

Draganfly researched the technology, developed protocols for its deployment, and conducted tests to determine the computer-vision system equipped drone’s efficacy. In a few weeks, the company struck a deal with UniSA and licensed the Vital Intelligence Project, a platform to monitor health and respiratory conditions. The Australian Department of Defence Science and Technology Group also collaborated with the partners.

The platform also estimates the distances the community keeps between each other. Draganfly expects the technology could be used in airlines and cruise ships, as well as for at-risk groups like elderly people in care homes and crowds at convention centers or border crossings. In addition to integration onto drones for public events, remote stationary cameras with the computer vision technology could help hospitals and care facilities monitor their buildings.

"When you combine things like fever, coughing, elevated heart rate, particular respiratory rates, then you've got a picture of health," Draganfly CEO Cameron Chell told AZO Sensors. "You’re not diagnosing if somebody has COVID-19 or not, but you are doing a health measurement and getting a pretty clear idea of the rate of infectious or respiratory diseases potentially in an area.”

The drones will become part of a global monitoring network to monitor the pandemic, leveraging camera systems like CCTV in place across the globe. Data will be fed into software built by Vital Intelligence Inc., as part of the Vital Intelligence Project.

Previously drones enlisted in the fight against COVID-19 around the world have played supportive roles like quarantine zone surveillance and checking on compliance with social distancing and isolation protocols. Draganfly’s drone augmented with the computer vision system could give healthcare officials valuable, real-time epidemiologic data about the disease’s spread.

The company aims to roll out the stationary camera and drones within the next two to three months. Chell said the technology would work on non-Draganfly drones for as low as $1,500. He also added the technology could help monitor future outbreaks of respiratory diseases and other illnesses.

"So we see this technology having the potential to be installed on thousands of drones and millions of camera networks," he told Smithsonian. "It can be used as part of a global early warning system, so population health can now become just one of those additional pieces of data that people are looking at."

Technologies that help minimize human contact and provide speedy information on social isolation measures are sorely needed for COVID-19 and future outbreaks. Unmanned aerial vehicles could be quite valuable as governments and researchers attempt to estimate when it might be safe to relax social distancing and isolation measures. New technologies that quickly identify infected people needing quarantining to prevent further spread are urgent since current tools are slow and not widely available.