Supply Chain Lessons from “TrumpCare 1.0”: The Good, the Bad and the Ugly 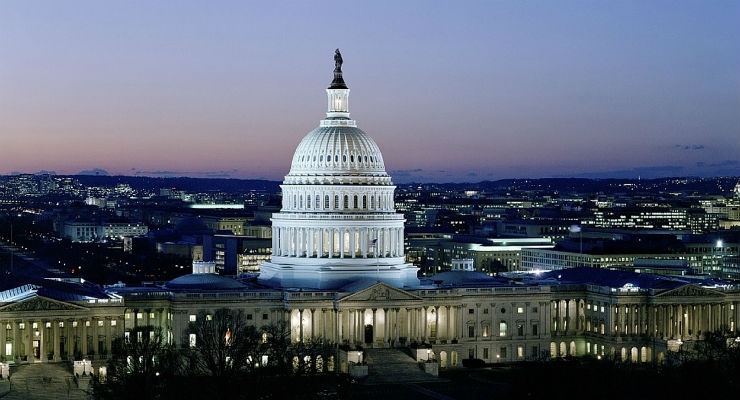 I’m going to start this column with some required viewing. The first is Lee Iacocca’s classic Chrysler commercials from the early 1990s in which he offered leadership advice to the auto industry. The second is the acclaimed spaghetti western “The Good, the Bad and the Ugly”—the Sergio Leone masterpiece that catapulted Clint Eastwood to superstardom. What is occurring right now in our nation’s capital and in many medtech organizations rivals numerous scenes in the movie, with opposing political factions standing in for Eastwood. At stake here is something more precious than the gold “Blondie” was chasing and of much greater significance to all Americans: the healthcare system and average U.S. life expectancy.

With 35 years invested in the care-value-supply chain ecosystem, I pay close attention to events unfolding in Washington, D.C. I do this not only to configure healthcare value chains from the path our elected representatives are choosing, but also to learn from their decisions and improve the models I use. The recent dustup over Obamacare’s repeal exposed some very positive elements of one of my favorite models but also highlighted a glaring warning sign in its application. I have often proclaimed that we can learn more from failure than success, and Washington is proving this maxim true. Indeed, failure can be a powerful teacher both to medtech executives and their organizations as they configure their in- or outsourced supply chains.

To begin, I will reference a “go-to” model I have used for decades—the OE-Tier5 model. I won’t rehash last May’s MPO column on the subject, but I will use it to demonstrate what recently transpired in Washington so managers can avoid similar situations in their companies. 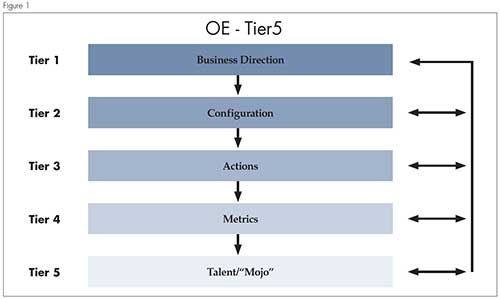 Figure 1 shows the basic premise of the OE-Tier 5 model.

Tier 1: Business Direction: Where do you want to go?
Tier 2: Configuration: “Configuring” your supply chain(s) to realize your business direction.
Tier 3: Actions: Who will do what; when; where; how; etc.
Tier 4: Metrics: You get what you measure, so measure what you want to get.
Tier 5: Talent: The leaders/team that will get you there and the strategy they’ll use to achieve their goal.

Iterations: Notice the feedback loops to the right of the tiers in Figure 1. These loops are very important “check points” to determine whether the tiers need adjustment. Snags along the hierarchical highway require travelers to return to previous tiers for modification(s); this proved to be a sticking point for Republican leaders in Washington that eventually doomed their proxy for Obamacare. There’s a valuable lesson to be learned here.

Regardless of their political affiliation, most voters who participated in last year’s presidential election agreed that Obamacare was broken. Its problems were many, with the loss of primary care doctors and unaffordable premiums the most notable of all the issues. Americans clearly wanted the nation’s still-broken healthcare system fixed, and chose Donald Trump for the job. Almost immediately, OE-Tier 1 and Tier 5 were set into motion.

The Good: The Ability to Stop
Lawmakers ran into trouble almost as soon as they began organizing the Tier 2 configuration of TrumpCare 1.0. Such a quick snafu highlights just how polarized Washington really is. That division, however, actually worked in the GOP’s favor—rather than force-fitting yet another configuration that would ultimately fail, Republicans took a step back and stopped the entire process. They realized they needed not only votes to fix Obamacare, but also a workable and sustainable configuration. House Speaker Paul Ryan and/or President Trump stopped the vote, knowing the configuration would eventually fail, yet neither legislator has abandoned the ultimate goal of healthcare reform. I, for one, applaud their foresight, as such prescience was lacking in the Obama administration. Democrats forced a configuration downward without ensuring it was sustainable.

Supply chain 101: Don’t force-fit configurations; address the root cause of the conflict because that discord may be highlighting trouble on the horizon.

Configuring a supply chain is very difficult and requires a great deal of consensus. Consider for a moment the number of in-house vs. outsourcing or offshore vs. near-shore debates in which you have participated. These are tough configuration choices and the decision requires concurrence among different groups. If the various parties cannot agree, they must stop and revisit (iterate) the business direction to determine whether modifications are needed or other elements are keeping it from progressing.

With TrumpCare 1.0, the parties (not solely Democrats and Republicans) disagreed on a workable solution—i.e., funding a new plan and avoid leaving 24 million Americans uninsured. So they rightly stopped the process. But they must not stop working toward a resolution.

The Bad: No Authority
The Trump administration’s early setback on healthcare reform showed that the nation’s greatest strength—its democracy—can also be its greatest weakness. Despite its obvious advantages, democracy fails to give the president the power to resolve disagreements over business direction. Let me explain: The Tier 5 talent elected to drive the model (Congress) could not agree on an Obamacare replacement. Thus, it should (theoretically) be up to the president to re-evaluate the business direction or remove the roadblock preventing the parties from moving forward. But the president lacks the authority to make such a decision. Unless he wields significant influence—which at this early stage of a first-time presidency is hard to achieve—the disagreement will remain unresolved.

I have always tried to avoid managing by committee. I believe that all input should be considered and a designated authority figure should resolve a conflict. Most successful companies task a specific person with making tough supply chain configuration decisions. Such an arbitrator is critical to supply chain configuration because conflict is common more often than not during Tier 2 configuration. To quote Lee Iacocca, “Lead, follow, or get the hell out of the way!” If you don’t currently have a Lee Iacocca in your organization, I’d advise finding one. Now.

The Ugly: Gridlock
In short, the ugly is gridlock. I have seen some organizations become paralyzed because they could not get past themselves. The bickering usually occurs at the configuration stage as various corporate factions attempt to position what is best for themselves, rather than what is best for the organization. This phenomenon is fairly common. I have seen high-level operations executives attempting to keep certain services or products in-house in order to increase their “sphere of management” and ultimately gain a better title and larger salary. Conversely, I have seen overzealous supply chain leaders attempting to outsource products in order to increase an OEM’s or customer’s dependency on their services.

There is no better real-life example of Tier 2 configuration difficulty than the current gridlock in Washington. Groups of various political perspectives are all angling for different self-serving outcomes. To be fair, many of these parties claim to be operating in the “best interest” of the United States. Some groups have been out there so long, they don’t know any other way.

Hope: Path Forward
Believe it or not, all hope is not lost. There are solutions to difficult supply chain configuration problems in Corporate America as well as in Washington. We need to return to age-old, basic leadership techniques like assembling an independent value stream mapping team. Such a team should consist of members from all areas of the value chain, and those members should be given amnesty in regard to their solution(s). The team should be authorized to conduct solid due diligence and be given free reign to spend some money if necessary. Companies with supply chain configuration dilemmas should not be penny wise and pound foolish with their value stream mapping teams. Once a solution is offered, all interested parties should engage in a non-grandstanding debate behind closed doors. Consensus, obviously, is the goal. Any lingering discord, however, is decided by the “president” (or appointed taskmaster), who then must use his influence to convince the company to buy into the chosen configuration. It’s not rocket science by any means; it’s practical and it works.

So, why not do this in Washington?

With President Trump’s authority, a panel of some of the most knowledgeable U.S. healthcare professionals could be assembled to compile an OE-Tier5 plan that would be based on ideas from independent thought leaders rather than from politicians. The panel could include hospital executives, payers, insurance companies, OEMs, contract manufacturers, doctors, nurses, and patients, among others. Ideally, it would be spearheaded by a community leader rather than an elected official. That leader would facilitate country-changing value chain solutions that could eventually be submitted to the president and Congress simultaneously. A televised debate would then be held, presumably on CNN, Fox News, or NBC News to help the American public better understand experts’ rationale for their decisions.

After the debate, the president would drive the consensus decision. If there is no clear consensus, he would decide on the healthcare reform plan for the country and sell the approach to the American people the same way he sold his political candidacy. Once America begins to rally, Congress will have no choice but to follow Lee Iacocca’s advice and “lead, follow, or get out of the way.”

Enacting the Iacocca Doctrine
Applying models like OE-Tier5 will help facilitate a solution, but as seen in Washington, they are not a silver bullet. The configuration stage is a tough tier to complete, and strong leadership is required when iteration is needed. That chieftain should be chosen carefully, as there is always the chance that someone might appear during times of supply chain chaos and demand an overhaul, much like the stranger who showed up on Johnny Depp’s porch in “Secret Window” and said, “I want you to ‘FIX IT.’” When that happens, companies should enact the Lee Iacocca leadership doctrine to restore order and achieve good while avoiding the bad and the ugly.

Chris Oleksy is founder and CEO of Oleksy Enterprises, Next Life Medical and Emergent Respiratory. He can be reached at chris@oleksyenterprises.com or chris@nextlifemedical.com
Related Searches