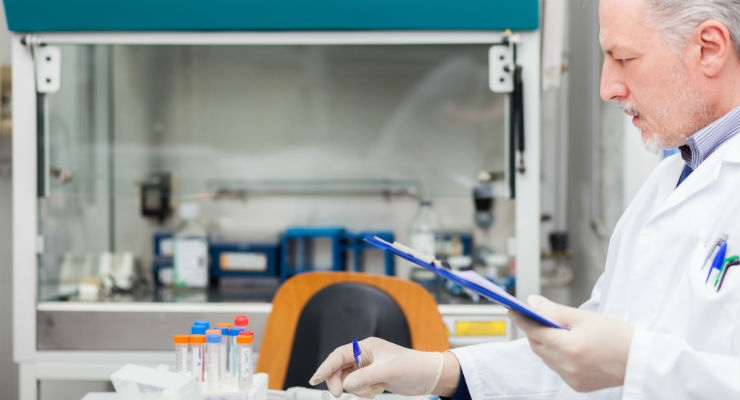 There are two main paths for clinical studies in the United States for medical devices. The first is the most common, called a traditional study. This approach follows a U.S. Food and Drug Administration (FDA) design process including agency testing, pre-clinical trials, and then first-in-man trials. The second, which is called an early feasibility study, can be just as important but is used much less often. First-in-man trials accomplished in an early feasibility study can be extremely important for innovative concepts with poor preclinical models.

Done correctly, it can facilitate efficient use of capital, and companies understanding this process and innovating multiple designs can dramatically increase their odds of success.

A traditional feasibility study is a clinical study where safety and effectiveness data is gathered on a near-final or final device design. Because this takes place later in development, the FDA expects to see more preclinical data in an investigational device exemption (IDE) application. This preclinical data can be a result of mathematical modeling and simulation, bench, in-vitro, animal, or cadaver testing. Later, this clinical study becomes part of an FDA submission.

On the contrary, the FDA describes an early feasibility study as “a limited clinical investigation of a device early in development, typically before the device design has been finalized, for a specific indication. It may be used to evaluate the device design concept with respect to initial clinical safety and device functionality in a small number of subjects (generally fewer than 10 initial subjects) when this information cannot practically be provided through additional nonclinical assessments or appropriate nonclinical tests are unavailable.

Information obtained from an early feasibility study may guide device modifications.” Because the early device is usually not substantially equivalent to the final commercial device, this study is not part of the final FDA submission.

As defined by the FDA, “A first in human study is a type of study in which a device for a specific indication is evaluated for the first time in human subjects,” which is referred to as first-in-man.

Traditional feasibility studies are the preferred path for design changes incorporating next-generation technologies. Here, the most value is created by following design controls, performing clinical studies (if required), and creating an FDA submission package. (This is mentioned in “Creating Value by Design,” which is my article in the November/December 2016 issue of MPO.) A traditional study gathers proof as to the effectiveness and safety of the planned device. Early feasibility studies for “first-in-man,” however, apply more to new concepts, where there are few or no suitable preclinical models. In this study, one gathers early feedback on a design concept before full development.

For today’s large device companies, considerable innovation comes from acquisition, but this was not always true. In the past, design labs endowed with a certain amount of autonomy took advantage of early iteration and human trials. Internal product extensions and next-generation devices are now the beneficiaries of the current regulatory environment, not innovation. The innovation path is much riskier.

Remember clinical trial results can only be submitted to the FDA for approval if the device is equivalent or substantially equivalent to the final commercial product. If not, a device redesign usually requires retesting and repeated clinical studies—which are costs companies clearly wish to avoid.

For truly innovative devices, the healthcare system and funding groups can’t afford the cost or risk of a delayed market launch.

However, there are also a number of reasons why a company may not want to wait until right before FDA submission to test their device in humans, the most important being feasibility. Learning that a device doesn’t work well in humans at the end of a development effort is devastating. Unfortunately, many medical devices need to be tested in humans in order to determine viability. The sooner this can be done, the better; if innovation is your game, then fail early and fail often.

Much has been written about the venture capital model and how venture capitalists (VCs) have moved to less risky, later- stage investing. This can make it difficult to get funding. In the past, VC risk was mitigated through diversification. Today, VC risk is mitigated by avoiding risk. One reason this occurred is due to the cost of tens of millions of dollars just to get to clinical trials. Additionally, when VC funds increased in size, so too did their size of investments in startups. This meant a startup company could move forward carrying more risk.

With a laser focus on unmet clinical needs and disruptive technology, capital investing prefers new, innovative ideas and devices. With this comes more risk and uncertainty about efficacy. Add in the cost of clinical trials, increasing clinical trial requirements, and the resulting market delays, and it’s easy to appreciate a VC’s concerns.

An incubator looking to maximize success, on the other hand, can limit investment in each product idea until first-in-man is proven. This allows for a return to diversification and large investment only after successful first-in-man trials. Here, early concept development and testing more closely replicates the research and development of the past. A concept’s effectiveness is determined early because it’s tested in humans. It’s also determined early whether or not the device can generate a return, because costs are better understood once prototypes are built. Proving feasibility in man early can limit investment by a factor of 10 if the idea fails. If it doesn’t, the data needed to secure additional funding is still available.

This model delays hiring most of the management and staff until feasibility is proven. Some of the more successful incubators work with venture capital consortiums in this way. Due diligence is completed—including marketing and intellectual property—then the opportunity is submitted to a venture capital consortium for series A funding. If approved, the company stays focused on milestones that generate higher valuations and greater probability of success: addressing safety, efficacy, and first-in-man. In these early stages, the incubator relies on outsourcing and well-seasoned professionals to ensure a focus on development and clinical milestones. Only the work that increases value is done. Later, the management team is put together and the company funded, but only if the early feasibility first-in-man study is successful.

So what does a design team need to know to qualify its product for an IDE? The key to IDE approval for early feasibility “first-in-man” is safety.

Concerning early feasibility, the FDA writes, “Depending on the device and intended use, it may be appropriate and acceptable to defer some device testing until after the early feasibility study, if the testing will not provide additional meaningful information regarding basic device safety or functionality. For some devices or intended uses, particularly for highly innovative devices, FDA recognizes that appropriate nonclinical test methodologies to assess some critical parameters may not be available or are impractical to complete, and therefore, these parameters would need to be evaluated clinically.”

If a medical device requires local IRB as well as FDA approval of an IDE because of significant risk, the approval can be time consuming. In the United States, first-in-man studies require the same review process as any other clinical trial, if the device is determined to be a significant risk. It is much quicker to get first-in-man trials approved in countries outside the United States (OUS).

From the design side, safety is the priority. The emphasis is on risk mitigation, as well as user and patient safety. The device must not pose a safety risk, or if there are risks to the patient, they are outweighed by its anticipated benefits and the knowledge gained. The investigation is scientifically sound and there is reason to believe the device will be effective.

The challenge for design teams is to determine what is safe enough for human trials, without going too far. At this point in the process, the concept is at feasibility. Design controls need to be understood and planned, but not completed. The FDA requirement is to “establish and maintain a plan that describes or references the design and development activities.” The design control plan does not need to be submitted in the IDE application. It’s advisable to consider design inputs, especially hazard analysis, follow design controls to a point, provide validation where needed, complete safety testing, and follow good manufacturing procedures.

In addition, the cost of clinical trials in the United States is about twice as much as outside the United States and according to the Advanced Medical Technology Association, the time from first contact with the FDA (for significant risk devices) to IDE approval in a 510(k) device is twice as long as European Union approval—14 months as compared to seven. In many European countries, local ethics committees have control over review and approval of clinical trials.

With the estimated cost of medical device clinical trials ranging from $1 million to $10 million (or more), using clinical data acquired from OUS can produce significant savings. Also, longer lead times in the United States result in more costs and delayed revenue streams that VCs are unwilling to fund. The time to market has increased, more clinical trials are being requested, the FDA is unpredictable, VCs are more risk adverse, and costs have continued to rise.

With funding’s increased adversity to risk, there are an increasing number of groups being created to incubate, accelerate, or seed medical ideas and concepts. While some provide space in a collaborative environment or crowdfunding, others are much more proactive. These incubators concentrate on getting to pre-clinical or first-in-man trials early, and proving the technology during Series A funding. Once proven, a considerable amount of risk is retired and further investment is justified. However, final clinical trials are still necessary in the end and this approach is costlier, so use this method wisely.

Whether you’re a large corporation with a number of innovative projects, an incubator with several, or a startup working on a single novel device, a first-in-man mindset during early feasibility can dramatically reduce risk. Working outside the United States can also reduce the clinical study cost and study time by half. If capital efficiency is part of your business model, then getting early validation in human subjects outside the United States should warrant serious consideration.