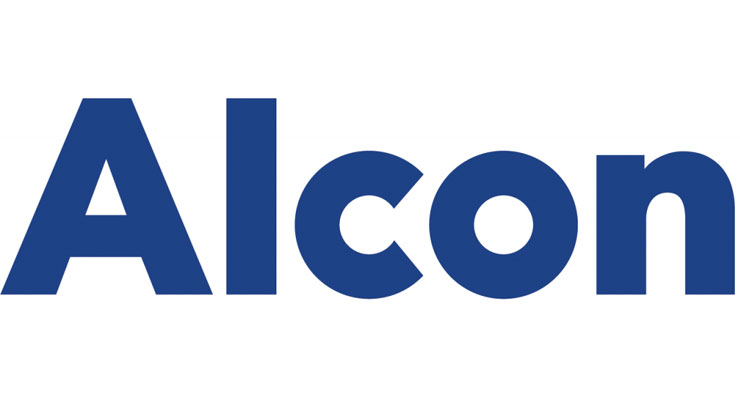 “We are poised to achieve sustainable growth and create long-term shareholder value as a standalone company. We have a long history of industry firsts and, as a nimble medical device company, we are sharply focused on providing innovative products that meet the needs of our customers, patients, and consumers,” David Endicott, CEO of the newly established independent corporate entity Alcon, announced in a company release marking the occasion.

No longer under the umbrella of Novartis, the eye care firm is now the largest stand-alone manufacturer of devices for the treatment of vision-related maladies. The separation, which was announced as completed on April 9, 2019, resulted in Alcon maintaining a global presence in 74 countries and treating patients in more than 140. While the sector as a whole is valued at approximately $23 billion a year, growing around 4 percent annually, the newly independent firm owns almost one-third of that market. Returning to its roots prior to the Novartis acquisition, the organization’s headquarters is now housed in Geneva, Switzerland, where the firm had an established presence for more than 40 years. Meanwhile, the location in Fort Worth, Texas, was noted to be a major operational center and innovation hub, while also serving as home to a large number of Alcon employees.

“This is an incredibly exciting day for both Novartis and Alcon. Alcon has demonstrated consistent growth, and is coming to market from a position of strength. We wish them the very best for the future,” said Vas Narasimhan, CEO of Novartis.

Retained by the former parent company was an ophthalmology pharmaceuticals business, which had $4.6 billion in sales in 2018. Novartis also claimed the segment enjoys a pipeline of potential novel treatments for presbyopia, dry eye, and genetic diseases.

As part of the spinoff arrangement, shareholders of Novartis were provided shares of Alcon on a 5:1 ratio. At the close of business on April 8, 2019, for every five Novartis shares or ADRs (American Depositary Receipts) held, a single Alcon share was provided.

Just prior to the conclusion of the spinoff, Alcon altered its executive family with the announcement of a new CFO. Timothy C. Stonesifer joined as senior vice president and chief financial officer, required as a result of the departure from Novartis. David Murray, who had been serving as the Alcon CFO, cited family reasons for deciding to return to Europe and remain with Novartis, but would work with Stonesifer throughout the final processes required for the corporate separation. Prior to Alcon, Stonesifer had served as executive vice president and CFO with Hewlett Packard Enterprises, the latest position in his 29 years of global financial and operational experience.

In addition to altering its leadership, Alcon also grew its corporate family when it acquired PowerVision in March for at least $285 million (with additional payments based on certain milestones). PowerVision developed fluid-based accommodating intraocular lenses for cataract surgery patients. The firm’s unique lens design utilizes the eye’s natural accommodating response to transport fluid in the intraocular lens, which is implanted in the eye’s capsular bag. The technology allows the patient to actively focus on objects, just as the natural crystalline lens does in a youthful eye, providing patients with a continuous range of vision.

All of this sets the stage for a successful entry into the medical device community as an independent entity. The company has been fortunate to have enjoyed a leading position in the marketplace while part of Novartis and if its 2019 financial reporting is any indication, that status should be maintained.

Alcon saw a 3 percent rise in net sales during its latest fiscal to finish the period at $7.36 billion. Across all five segments of its two business units, gains were achieved in four with the last remaining flat year over year.

Leading the bump was Implantables with $1.2 billion in sales, a 7 percent rise. Demand for advanced intraocular lenses globally drove some of these gains, while steady demand for monofocal IOLs also contributed.

The largest Alcon business, Consumables, had the lowest percentage gain within the Surgical group—3 percent—still substantial given the total sales for 2019 tallied $2.3 billion. The firm’s strong base helped with an increase in unit volume during the year. Further, demand for smaller gauge instrumentation, retinal consumables, and CUSTOM PAK surgical kits contributed to category growth.

Equipment/Other benefited from a 4 percent increase to close at $700 million. In this segment, service revenue and sales of procedural drops grew during the fiscal. Newly introduced products in phacoemulsification and 3D visualization technology also aided with growth.

Alcon’s other half—Vision Care—is defined by a wide range of daily disposable, reusable, and color-enhancing contact lenses and lens care products. On the whole, the business ended 2019 with sales of $3.2 billion.

Broken down further, the Contact Lenses segment was up 2 percent over the previous fiscal to bring in $2 billion in net sales. Noteworthy gains were realized due to the shift to daily silicone hydrogel lenses with DAILIES TOTAL1, as well as the expansion of toric offerings and multifocal lenses. It was the third year in a row Alcon reported an increase in the sale of contact lenses.

Flat against 2018’s figures, Ocular Heath still ended the 12-month period with $1.2 billion in sales. The unit was helped in avoiding a loss with the double-digit growth of the SYSTANE dry eye business.

With the company showing positive results during its first independent year, it also sought partners to help share its message and the benefits of its technologies. With this in mind, Alcon paired up with Laurie Hernandez, a gold- and silver-medal winning gymnast. The “Eye Can, Eye Will” campaign was based on Hernandez’s belief that personal mantras and clear, comfortable vision with DAILIES TOTAL1 contact lenses have helped her maintain the focus and enthusiasm needed to get to the top of her game. As such, the company also launched a “mantra maker” online for anyone to use to help achieve their own goals.

In order to ensure continued success and future growth, Alcon debuted a bevy of new products in 2019: