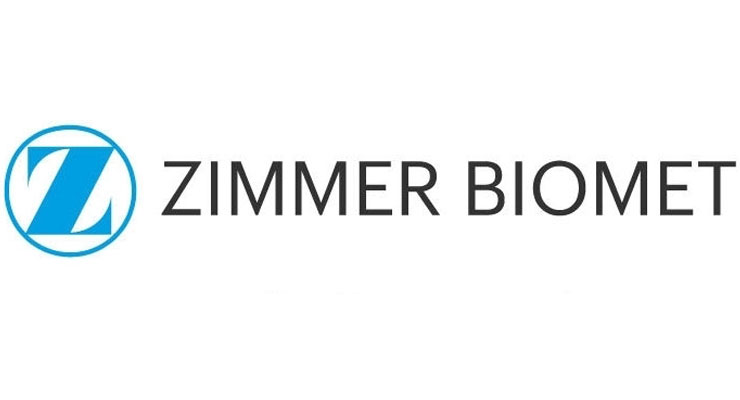 He yelled a lot. He cursed a lot. He was obsessively controlling and brutally honest. He was abrasive, manipulative, impatient. He was borderline tyrannical.

Jobs was as talented a bully as a sweet-talker, capable of charming enemies just as easily as he belittled friends and co-workers. He would sulk or cry to get his way. He often fired staff without warning for mistakes or subpar work.

Yet beneath that gruff, blistering exterior lurked a hardworking, creative visionary responsible for revolutionizing computers, music, and digital publishing. His success in growing Apple from its humble start in his parents’ home to a $1 trillion valuation is as much the result of Jobs’s brilliance as his perfectionism.

Jobs reportedly learned the value of perfection from his father. In a 2011 biography, Jobs recounts a fence-building project from his childhood in which his father insisted on working as hard on the back of the fence as the front. “Nobody will ever know,” Jobs said, according to the book. “But you will know,” his father, Paul, replied, noting the best craftsmen use good wood on the front and back of wall cabinets; the same philosophy should apply to the fence, he reasoned. It was the mark of true artistry to have such a passion for perfection, Paul Jobs emphasized to his son.

Years later, while overseeing development of the Apple II and Macintosh computers, Jobs applied his father’s perfection principle to the machines’ circuit board. He instructed the computers’ engineers to line the chips up neatly so the board would look nice—an odd request, considering Jobs wanted the machines tightly sealed.

“Nobody is going to see the PC board,” one engineer said, prompting a familiar reply from Jobs: “I want it to be as beautiful as possible, even if it’s inside the box. A great carpenter isn’t going to use lousy wood for the back of a cabinet, even though nobody’s going to see it.”

Jobs’ penchant for perfection was one of the key drivers of his success. While he was not the greatest boss—at times demanding, verbally abusive, temperamental, and uncompromising—he managed to bring out the best in his employees. He helped them achieve feats they never dreamed possible.

Steve Jobs had high standards—for himself, his employees, and his company’s innovations. In his perpetual pursuit of perfection, Jobs would typically rework a product’s first prototype to make it more to his liking. The initial iPhone design, for example, featured a glass screen set into an aluminum case; Jobs lost sleep over the arrangement, as he wanted the iPhone display to be the device’s central focus. Jobs harbored similar misgivings about the original iPad schematic (too formal-looking and uninviting), and Apple Stores layout (too focused on product categories).

Such refinements were part of Jobs’ genius. He created impeccable products, certainly, but sacrificed human decency and rectitude in order to do so. Perfectionism was the catalyst that drove him, and it drove his management style, for better or for worse.

ANALYST INSIGHTS: Zimmer Biomet (ZB) is another company impacted with a slowdown due to COVID. CEO Bryan Hansen used this event as an opportunity to continue his corporate restructuring to focus ZB on its strengths to position the firm to gain market share in the short term. By doing so, ZB now has the ability to use M&A to supplement its market positions on an opportunistic basis. As we know, both J&J and Stryker will not be giving ground easily; this will be an interesting battleground.


“Leaders are complex figures sending multiple signals at the same time,” Robert Bies, a management professor at Georgetown University who researches work practices, told The Wall Street Journal in 2016. “With Jobs, there is plenty of evidence of abuse. But you can see that he’s a motivator. He was pushing the envelope for excellence in products.”

Jobs’ legacy as a difficult, if not impossible, boss is now well-known. And though he’s frequently cited as the antithesis of inspirational leadership, Jobs’ non-conformist behavior nevertheless has served as a model for thousands of CEOs, managers, wannabe geniuses, tech startup founders, and business owners looking to improve their entities’ chances of success.

Most Jobs aspirants, however, are not mimicking his behavior as much as they are emulating his uncompromising, never-settle-for-second-best work ethic.

“We’re encouraged by our performance in the fourth quarter. We posted solid revenue growth, slightly above our weighted average market growth rate expectations and grew earnings per share faster than revenue,” Hanson told investors on a Feb. 4 conference call. “We also made further progress in executing on our short-term priorities: supply, quality remediation, new product introductions, and ZB’s mission and culture. We also continued to invest for growth...These are all important steps forward. And while we are happy with our progress, we’re certainly not satisfied. Rest assured that we are still striving to continuously improve our business, our performance, and the value we deliver to patients, as well as customers and investors.”

Zimmer Biomet delivered on Hanson’s pledge last year, increasing total revenue 0.63 percent (2.2 percent on a constant currency basis) to $7.98 billion. Operating profit surged more than 30-fold, reaching $1.13 billion (compared with 33.8 million in 2018), and net earnings redeemed itself from a previous year loss, going from a $379.3 million deficit to $1.13 billion. Diluted earnings per share in 2019 was $5.47; adjusted diluted earnings per share was $7.87, a 3 percent rise from the prior year.

Overall, the company’s 2019 performance was a solid one. But there are definitely areas in need of improvement.

Europe, Middle East, and Africa sales is one such area. That region posted the only loss (by geography) in 2019—revenue fell 3.3 percent to $1.74 billion. The decrease, though, was offset by a 0.82 percent rise in Americas sales (4.87 billion) and a 5 percent jump in Asia-Pacific proceeds ($1.36 billion).

Acquired through the $132 million purchase of French robot-assisted surgical firm Medtech in 2016, the ROSA ONE technology is Zimmer Biomet’s competitive retort to rival robots jockeying for market share in the fast-growing (and increasingly crowded) orthopedic robotics sector.

Zimmer Biomet intensified the battle for that sector last year with FDA clearances for ROSA One Knee and Spine applications, but its war plan suffered an unexpected setback with the September recall of ROSA Brain. Categorized as a Class I recall, the regulatory action stemmed from a software defect that potentially compromised ROSA’s robotic arm positioning accuracy. In its recall notice, the FDA cited five complaints related to the issue and one patient injury; no related deaths were reported.

The recall involved 86 ROSA Brain 3.0 devices distributed in the United States between April 2016 and March 2019, manufactured between February 2016 and December 2019.

Though it was considerable step backward in Zimmer Biomet’s quest for orthopedic robot market share, the recall had little, if any, impact on 2019 company earnings or Spine/CMF sales. Contrarily, the main culprit impacting Spine/CMF revenue currently is the segment’s “unpredictability,” according Hanson.

“ROSA is definitely part of the equation, it’s just not the whole equation,” Hanson said on the Q4 2019 earnings conference call. “...if I just take a step back and I think about the spine business overall, I think about it in a few different ways. We clearly have not been performing the way I would like, and we’re not performing right now with predictability in that business. There are key areas that we need to concentrate on. The No. 1 thing is we have to get the channel that we have decided on to be able to take advantage of the portfolio that we have.”

Zimmer Biomet added to that portfolio with the August 2019 FDA clearance of a fusion-less alternative to pediatric scoliosis treatment. The Tether, a rope-like implant that pulls the vertebrae into shape, is designed for children and adolescents with severe sideways spinal curvature; the device aims to correct the curvature during a child’s growth while allowing a fuller range of motion when compared to spinal fusion. The Tether uses anchors and vertebral screws to connect a flexible cord that pulls the spine’s curved side straight (via compression) and maintains alignment as the child grows taller.

“This collaboration demonstrates how a focused, shared purpose can fundamentally change the way we approach treatment of diseases like scoliosis,” Jim Cloar, Zimmer Biomet Spine president, said upon the Tether’s clearance. “This procedure gives kids the best option for maintaining spine mobility and reaching their full potential.”

Clinicians, the FDA, and Zimmer Biomet also helped adults reach their full potential last year with new knee products. Besides the ROSA ONE Knee System in January, the FDA cleared the Persona Revision Knee System, which is designed to match a patient’s anatomy for a more personalized fit.

Just a week after Persona clearance (early September 2019), the FDA gave its blessing to Zimmer Biomet’s JuggerStitch Meniscal Repair Device in the United States. The implant uses two soft anchors connected by a knotless, self-locking suture loop to lock the repair, and is designed to improve both tissue preservation and tissue compression control at the surgical repair site.

The ROSA ONE and Persona Knee systems, along with the Oxford Partial Knee, were largely responsible for the 1.3 percent rise in 2019 Knee sales ($2.81 billion total). The expansion, however, was curbed by price declines and fluctuating foreign currency rates.

Dental sales climbed 0.7 percent to $414 million due to investment of resources in priority areas, and other operational improvements.

Zimmer Biomet Holdings Inc. was weeks away from a profitable first quarter when the coronavirus pandemic shut down much of the civilized world (and with it, all elective surgeries). “While our full first quarter results have been impacted by the global spread of COVID-19 and the deferral of elective procedures, our operational performance prior to the COVID-19 disruption was trending ahead of our expectations,” President/CEO Bryan C. Hanson said in May. “Over the past two years, we have made significant strides in reshaping and evolving Zimmer Biomet. This progress has better positioned us to address the COVID-19 challenge.”

Despite its grim financial outlook, however, Zimmer Biomet has provided moral and monetary support to healthcare professionals, hospitals, and communities during the pandemic. It donated PPE to local hospitals (Warsaw, Ind., area) and money to non-profit organizations; it also partnered with an industry coalition, and used 3D printing technology to produce critical components for ventilators and face shields for healthcare professionals.