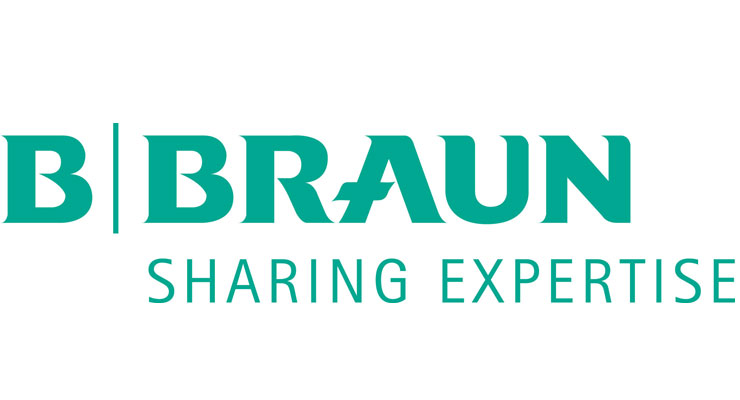 B. Braun is familiar with recent leadership changes. During the prior year, it was announced then-CEO Prof. Dr. Heinz-Walter Große would be retiring from the firm, having served eight years in the role. That opened the door for the company’s first female leader—Anna Maria Braun.

In 2019, the organization faced another change near the top of its management tree. In December, it was announced long-time CEO of B. Braun of America, Caroll H. Neubauer, would be stepping down from the post at the end of the year. Weeks later, the firm declared Neubauer, who led the U.S.-based division for approximately two and a half decades, would retire at the end of August 2020. The transition marks the end to a career that spanned 32 years at B. Braun for a man who started as legal assistant to the chairman of the Management Board and served as general counsel for the B. Braun Group. He took over the CEO role in 1996.

Anna Maria Braun, CEO of B. Braun SE and B. Braun Melsungen AG, praised his exceptional commitment: “We thank Caroll for his pioneering leadership, his valuable advice, his passionate support for our employees and, above all, for his friendship.”

Filling the vacant role as chairman and CEO was Jean-Claude Dubacher, Ph.D., who had joined the company Aug. 1, 2019, as president of B. Braun Medical Inc. Dubacher had moved over from helming the commercial operations for the Surgical Ophthalmology Division of Johnson & Johnson in Europe, Middle East, and Africa. He brought with him more than 15 years in consulting and corporate roles, including strategy, commercial, supply chain, and manufacturing.

“Jean-Claude’s broad leadership experience across multiple therapy areas and business disciplines will serve us well at B. Braun,” said Neubauer. “His focus on customers and supporting people to be successful in developing, manufacturing, marketing, and selling products and services that benefit patients is exactly the right approach to ensure our ongoing growth.”

That ongoing growth has been maintained fairly consistently in recent years. 2019 sales increased over the previous year by 8.2 percent, finishing at 7.47 billion euros. The gain continues a run of such growth since at least 2015, when the firm’s sales tally was 6.13 billion euros.

ANALYST INSIGHTS: With the retirement of CEO Caroll Neubauer, B. Braun begins a new era in 2020/2021. Initially, don’t expect much to change as the German-based organization is conservative by nature. The next year should begin to give hints on the future direction for the organization under new CEO Jean-Claude Dubacher.


Further still, the rise in sales was enjoyed by all four of the organization’s divisions. The Hospital Care unit jumped 6.8 percent to end 2019 at 3.34 billion euros in sales. Favorable exchange rates were partially responsible for the rise, but the segment also enjoyed strong sales performance in China, the U.K., Indonesia, and the Netherlands. Hospital Care is responsible for providing products and services for infusion therapy, nutrition therapy, and pain therapy.

The Aesculap division improved during the fiscal to close at 1.97 billion euros, a 7.9 percent leap over the prior year’s figures. Positive sales increases for the partner for surgical and interventional treatment concepts in inpatient and outpatient care were recognized in China, Russia, and the U.S.

The company’s division providing products and services for those with chronic and acute kidney failure eclipsed the gains of its sister units. Enjoying an 11.8 percent rise over 2018’s 1.08 billion euros, B. Braun’s Avitum business reported sales for 2019 of 1.21 billion euros. Product exports were the most notable driver for the gains, and sales grew in Indonesia, the Philippines, Russia, Singapore, and the U.S.

B. Braun also engaged in several moves to help bolster those financial figures for future fiscals. One such transaction saw the organization take over the business operations of Nephtec GmbH. The deal bolstered the product portfolio in the area of the central preparation of dialysis concentrates for the Avitum business.

“In taking over the business of Nephtec GmbH, we are reacting to the increasing worldwide demand in this area. In addition to the expertise in connection with filling large cartridges, we are also extending our existing network of production locations in the course of the acquisition,” explained Dr. Holger Seeberg, member of the Management Board at B. Braun Avitum AG.

B. Braun did not disclose the financial terms of either deal.

The company did, however, disclose the amount it was investing in its effort to alleviate IV fluid shortages. In May, the company announced Solutions for Life, a $1 billion investment in new and enhanced IV therapy manufacturing facilities to help ensure a reliable and consistent supply of vital IV fluids. The enhancements included as part of the investment were a new, state-of-the-art manufacturing facility in Daytona Beach, Fla., and modernizations to existing facilities in Irvine, Calif., and Allentown, Pa. It would also result in the establishment of a new distribution facility in Daytona Beach, along with enhancements to preexisting distribution centers in Ontario, Calif., and Breinigsville, Pa.

“IV fluid shortages have the potential to cause serious complications for patients across the country, particularly in times of public health emergencies,” said U.S. Sen. Pat Toomey (R-PA). “B. Braun is making an important investment to address this concern by expanding production capacity and improving the ability to deliver IV fluids when and where they are needed.”

The firm also partnered with other members of industry to further enhance care delivery. In an ongoing venture with Philips, the two firms worked to improve upon their Xperius ultrasound system with the introduction of the Onvision needle tip tracking. The integrated, point-of-care solution empowers anesthesiologists to perform regional anesthesia procedures, such as peripheral nerve blocks, more safely and efficiently. The new development was a result of the combination of Philips’ Onvision needle tip tracking technology and B. Braun’s Stimuplex Onvision needles.

In another joint effort, B. Braun and GWA Hygiene took on hospital-acquired infections by leveraging smart technology. The initiative saw one of B. Braun’s newer disinfectant dispensers merged with GWA Hygiene’s sensor technology, called NosoEx, which was incorporated into the dispenser. The resulting innovation enabled hand disinfection processes to be recorded.

Dionne G. Bussell, senior vice president of global marketing and sales at B. Braun explained, “Using a portable transponder, with which we equip the hospital staff, in combination with the sensors contained in the dispenser, it is possible to record how often the dispenser is actuated, how much liquid is dispensed from it, and therefore the fill level. All this data is visualized in a software interface and can be used to deduce specific hygiene measures.”

B. Braun announced a series of integration projects in which the firm’s technology was incorporated with another company’s innovation to enhance smart healthcare devices, streamline communication, or further boost the efficiency and level of care delivered. Such integration projects in 2019 between B. Braun and a partner revolved primarily around the firm’s Space Infusion Pump Systems. Partners involved included STANLEY Healthcare, Guard RFID Solutions Inc., Spok Care Connect, West-Com Nurse Call Systems, TeleTracking Technologies, and Meditech Magic.

The organization also shared several noteworthy product announcements in the course of the fiscal. The firm’s Interventional Systems unit received Breakthrough Device Designation Status from the FDA for its SeQuent Please ReX Drug Coated PTCA Balloon Catheter. The device is indicated for the treatment of coronary in-stent restenosis.

The Interventional Systems business also launched the NuDEL CP Stent Delivery System in the U.S. The device is intended to treat coarctation of the aorta and right ventricular outflow tract conduit disruptions. The product combines three separate devices into a single tool, providing physicians procedural efficiency by eliminating the need to hand crimp or load a mounted stent into an introducer.

B. Braun Medical also debuted a Heparin Sodium Injection solution. According to the company, the product is the first Heparin 5,000 USP Unit/0.5 mL prefilled syringe with attached safety needle for subcutaneous and intravenous use in the United States.

[Note: Since B. Braun is privately held, first quarter reporting is not available.]

B. Braun Medical delved into the fight against COVID-19 when it obtained Emergency Use Authorization (EUA) from the U.S. Food and Drug Administration for its Perfusor Space Syringe Infusion Pump, Infusomat Space Volumetric Infusion Pump, and Outlook ES Pump systems. Specifically, the EUA was granted for use in the “tracheal delivery of continuous nebulized medications into a nebulizer to treat patients of all ages with or suspected of having the Coronavirus Disease 2019 (COVID-19) and to decrease the exposure of healthcare providers to such patients during the COVID-19 pandemic.”

In April, the company also announced its “up close and personal” connection to the virus, sharing that seven employees at its Lehigh County manufacturing site had tested positive. Fortunately, several had already returned to work at the facility at the time of the announcement. Further, the site had implemented a number of safety measures including temperature screening, masks, social distancing, contact tracing, and heightened cleaning and disinfecting procedures.