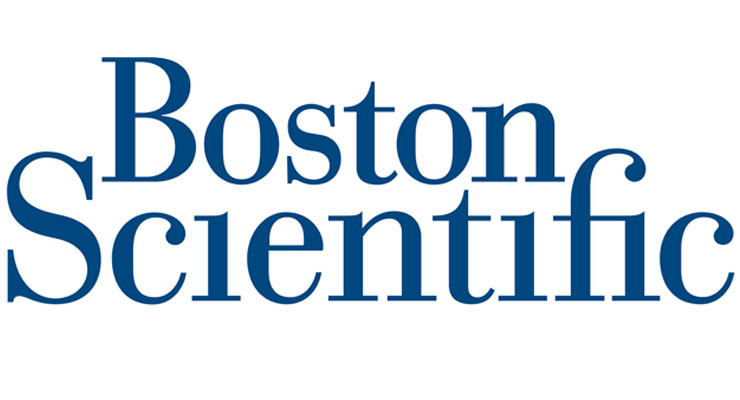 After a year of aggressive M&A activity in 2018, which included a rumor alleging the company had made a bid for Stryker to create what would have resulted in one of the largest medical device firms in the world (on the MPO Top Company list, it would have come in at third by some estimates), Boston Scientific relaxed a bit by comparison in 2019. Perhaps the firm was adjusting as it onboarded one of the largest acquisitions within medtech during the prior year—its $4.2 billion purchase of BTG. The deal officially closed in August 2019.

“The addition of the BTG Interventional Medicine portfolio reinforces our category leadership strategy and enables us to offer best-in-class technologies, unparalleled clinical evidence and a strengthened commercial infrastructure to support physicians treating some of the most challenging diseases impacting patient health around the world,” Mike Mahoney, chairman and CEO of Boston Scientific, said upon the closing.

Although the BTG deal was the most significant transaction for Boston Scientific in 2019, it wasn’t the only one. While both the number of deals and value decreased compared to 2018, the company’s other purchase was still noteworthy.

In May, Boston Scientific announced it was acquiring Vertiflex, developer and provider of the Superion Indirect Decompression System. The Superion is a minimally invasive device used to improve physical function and reduce pain in patients with lumbar spinal stenosis, a condition as many as 6 million people in the U.S. suffer from. The system was approved in the U.S. in 2015. The procedure is a treatment option for patients who have not responded positively to first-line therapies such as oral pain medication and steroid injections, but do not have severe enough symptoms to require spinal fusion or laminectomy.

“The acquisition of Vertiflex and the Superion System will further our category leadership strategy by expanding the breadth of our pain management product offerings,” said Maulik Nanavaty, president of Neuromodulation at Boston Scientific. “The addition of this differentiated technology, along with our leading spinal cord stimulation and radiofrequency ablation technologies, will provide physicians with the widest variety of solutions available to manage the growing number of patients suffering from chronic pain.”

ANALYST INSIGHTS: BSC was hit hard by COVID and needed to shore up its financing due to its debt load created by its extraordinary M&A of recent years. While successfully executed, the cashflow hit of COVID created a short-term “re-trenching,” which may delay larger M&A activity for another year or two. With that stated, expect BSC to continue to expand its market share with opportunistic M&A.


Boston Scientific expected the technology to achieve $60 million in sales in 2019. The deal was closed for $465 million in an upfront cash payment with additional payments contingent on commercial milestones over the subsequent three years.

The purchased firms join a bevy of other recently acquired companies that have been incorporated into the Boston Scientific organization over the past few years. This has led to fantastic growth over that time period. Over a five-year period ending 2019, the firm has enjoyed an average growth rate of 8 percent in sales (and that’s including only 1 percent in 2015). In 2019, Boston Scientific saw a 9.3 percent elevation over the prior year to finish at $10.76 billion in sales.

The almost $1 billion in increased sales was reflected in all but one business within the firm. In the MedSurg group, Endoscopy rose 7.5 percent over the prior year, reporting $1.89 billion in sales. The segment primarily provides products for the diagnosis and treatment of gastrointestinal and pulmonary conditions. The Urology and Pelvic Health unit, which develops devices to treat various urological and pelvic conditions for both male and female anatomies, ballooned to $1.41 billion in 2019, an impressive 13.4 percent gain.

Rhythm and Neuro experienced a more modest 3.3 percent increase, stifled by the aforementioned only business to experience a decrease compared with the prior year—Cardiac Rhythm Management (CRM). That division was down 0.6 percent to end the fiscal at $1.94 billion. CRM is comprised of a variety of implantable devices that monitor the heart and deliver electricity to treat cardiac abnormalities. Electrophysiology and Neuromodulation, on the other hand, enjoyed gains of 5.5 percent and 12 percent respectively. Electrophysiology, which reported 2019 sales of $329 million, encompasses less-invasive medical technologies used in the diagnosis and treatment of rate and rhythm disorders of the heart. The Neuromodulation business finished at $873 million; it offers devices to treat various neurological movement disorders and manage chronic pain.

Cardiovascular is represented by two businesses—Interventional Cardiology and Peripheral Interventions. The former produces technologies for diagnosing and treating coronary artery disease and other cardiovascular disorders including structural heart conditions. It tallied $2.82 billion in 2019 sales, 8.7 percent more than 2018. The latter, which grew in size as a result of the incorporation of BTG’s Interventional Medicine portfolio, develops and distributes products to diagnose and treat peripheral arterial and venous diseases, as well as products to diagnose, treat, and ease various forms of cancer. It noted $1.39 billion for the fiscal, an impressive 17.3 percent expansion versus the prior year.

With the close of the BTG deal, Boston Scientific created an eighth business unit. It formed Specialty Pharmaceuticals, which develops and manufactures acute care antidotes to treat overexposure to certain medications and toxins. While the unit only accounted for less than 1 percent of the organizations total sales for the year, it still contributed $81 million to the firm’s 2019 fiscal.

Having developed a strong strategy to achieve growth through acquisition, Boston Scientific also looked to the future in 2019 with an eye toward organic growth. The company announced news regarding a number of products and initiatives that should help future net sales figures.

At the start of 2019, the organization launched the Vercise Primary Cell and Vercise Gevia Deep Brain Stimulation Systems (DBS) featuring the Vercise Cartesia Directional Lead. The technology was developed to allow physicians to control the range, shape, position, and direction of electrical stimulation to treat the symptoms of Parkinson’s disease through highly personalized therapy. In addition, near the end of the summer, ImageReady MRI labeling was approved for the system to be used in a full-body magnetic resonance imaging environment.

Boston Scientific’s WATCHMAN FLX Left Atrial Appendage Closure Device was granted CE mark status in Europe and the firm started a limited market release of it. The device is intended to reduce the risk of stroke in people with non-valvular atrial fibrillation. Designed for simplified implantation to fit a wider range of patients, it enables flexibility in placement with different frame styles and allows the physician to reposition the device during the procedure.

Another product gaining the FDA’s OK in 2019 was the VICI VENOUS STENT System, which would be used for the treatment of iliofemoral venous obstructive disease. According to Boston Scientific, venous obstructive disease affects nearly 40 percent of the population in the U.S. and can be caused by conditions such as deep vein thrombosis, post-thrombotic syndrome, and compressive diseases such as May-Thurner syndrome.

Before the year-end holidays hit, Boston Scientific received an early gift from the FDA in the form of a clearance of its EXALT Model D Single-Use Duodenoscope for use in endoscopic retrograde cholangiopancreatography procedures. According to the company, the device was the first FDA-cleared single-use duodenoscope on the market and was granted Breakthrough Device Designation from the agency. Due to previous issues with reusable scopes, the FDA has worked with device manufacturers to address the concerns.

“With the EXALT Model D Duodenoscope, I can perform the same high-quality ERCP procedure with the added benefit of using a brand-new sterile device for each patient,” said Dr. Raman Muthusamy, medical director of Endoscopy, professor of Clinical Medicine, David Geffen School of Medicine at UCLA. “I believe the development of this device is a significant advancement in the evolution of endoscopy.”

Boston Scientific also saw the 2019 fiscal as an opportunity to start with a clean slate with regard to litigation in which it had been involved with Edwards Lifesciences. As such, two weeks into the new year, the two companies agreed to settle all outstanding patent disputes that had been lingering between them. There were a number of cases involving current portfolios of transcatheter aortic valves, certain mitral valve repair devices, and left atrial appendage closure devices around the world, but the arrangement saw all of them dismissed. The settlement resulted in a one-time payment of $180 million from Edwards to Boston Scientific.