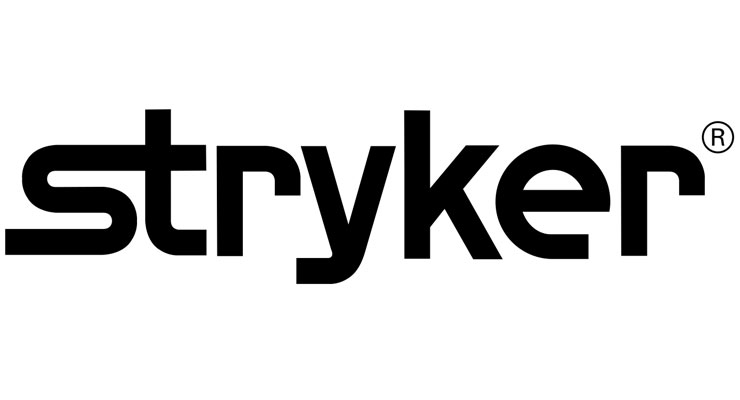 The Stryker shopping spree rolls on and it’s been quite an impressive run that continued in 2019. In recent years, the firm has made significant splashes in M&A headlines. While not always the largest deal of the year, the company has enjoyed a number of noteworthy acquisitions to put it in the spotlight. The organization seemed to be ahead of the robotic surgery curve within the orthopedic space when it brought Mako into the fold in 2013, instantly establishing itself as a major player. In 2016, Stryker paid more than $4 billion in M&A activity throughout the year. And again making noise, the corporate entity beefed up its spine segment with the K2M buy in 2018.

The 2019 fiscal saw modest acquisition moves by Stryker, until the fourth quarter when it was announced there was a deal in place for the company to buy Wright Medical (a company that’s appeared on MPO’s sister publication’s top company list—ODT—for a good number of years). The buy, valued at $5.4 billion, would give Stryker a strong foothold in extremities and biologics, two segments of the orthopedic sector that have enjoyed a higher growth rate in sales versus the more established technologies such as those in large joint.

“We believe this transaction will provide truly unique opportunities and will create significant value for our shareholders, customers, and employees,” said Robert Palmisano, executive director, CEO, and president of Wright Medical. “By merging our complementary strengths and collective resources, we will be able to advance our broad platform of extremities and biologics technologies with one of the world’s leading medical technology companies that shares our vision of delivering breakthrough and innovative solutions to improve patient outcomes.”

Terms of the agreement saw Stryker paying $30.75 per share for the company, which represented a substantial increase in the stock’s price at the time of the announcement. Both entities anticipated the deal to close by the second quarter of 2020. Unfortunately, potential challenges could derail that timetable.

As of this writing, the deal still had not closed and the biggest reason seemed to be inquiries by both the U.S. Federal Trade Commission and the U.K.’s Competition and Markets Authority. Both agencies were investigating potential anticompetitive consequences as a result of the merger. Stryker may find itself in an unusual position compared to its recent dealings, where it’s the seller and not the acquirer, depending on the findings of the investigations. As a result of the delay, Stryker extended its stock purchase offer since the inquiry could extend into the summer, well past the original anticipated closing timeframe.

While the Wright deal simmers, Stryker will have plenty of other purchases to process and bring aboard from its spending spree in 2019. One such agreement was the acquisition of TSO3, a company that produces sterilization products for the healthcare environment. Since devices such as colonoscopes, gastroscopes, and duodenoscopes encounter challenges with the heat in standard steam sterilizers, the firm’s low-temperature solutions offer an acceptable alternative. With a purchase price of $51.7 million (including existing debt), the agreement marks an 18 percent premium on the firm’s stock.

ANALYST INSIGHTS: Having its momentum slowed by COVID, expect Stryker to resume its normal aggressive growth initiatives through its own R&D and also through M&A. Stryker has difficulty “sitting still” and 2020/2021 will be no different as it rebounds from the recent events.


Closer to the start of the 2019 fiscal, Stryker announced it had completed a deal to beef up its ENT portfolio. The Menlo Park, Calif.-based Arrinex’s primary product was ClariFix, a novel cryoablation technology for the treatment of chronic rhinitis. The technology had been marketed in 2017 within the U.S. to treat the condition that affects more than 24 million people in the country each year.

The orthopedic giant closed another deal about a month later when it announced the purchase of OrthoSpace. The Israeli firm was focused on providing a highly differentiated technology for the treatment of massive irreparable rotator cuff tears. The organization’s technology—InSpace—is a biodegradable sub-acromial spacer, designed to realign the natural biomechanics of the shoulder. At the time of the buy, the technology had not been approved for use in the U.S., although it had already been incorporated into the treatment regimen of 20,000 patients across 30 countries.

Those other transactions, however, didn’t compare to what would have been Stryker’s largest M&A deal of the year had they not made the move for Wright. In early September, it was announced Stryker would be acquiring a pair of companies, Mobius Imaging and GYS Tech (more commonly known as Cardan Robotics), for $500 million. Within the robotic surgery segment for orthopedics, the buy represented the fifth-largest such deal and second by Stryker (the aforementioned Mako purchase representing the first).

Mobius was founded in 2008 and integrated advanced imaging technologies into the medical workflow. Its Airo TruCT scanner was a mobile, real-time, diagnostic-quality CT imaging system. Its sister firm, Cardan Robotics, on the other hand, wasn’t established until 2015 and had been developing innovative robotics and navigation technology systems for surgical and interventional radiology procedures.

“This acquisition brings expertise in advanced imaging and robotics as well as a robust product pipeline that add to Stryker’s portfolio and will allow the Spine division to provide more complete procedural solutions, including sales, service, and support,” said Stiles.

In a news article regarding the transaction, Evaluate Vantage writer Elizabeth Cairns noted that a Journal of Spine report from 2017 said Cardan’s Orion robot could “be combined with the Airo CT scanner for endoscopic spinal procedures such as decompression.”

The constant string of transactions by Stryker has translated into positive sales growth numbers for several years, seeing 2015’s $9.9 billion mushroom to $14.9 in 2019. The 9.4 percent growth between 2019 and the prior year was almost a mirror of the previous fiscal’s gain of 9.3 percent. Although the U.S. represents the majority of Stryker’s market share and dollar growth in sales, international gains have been consistent as well, only serving to help the overall figures. 2019 saw domestic net sales reach almost $11 billion, while international came close to topping $4 billion. Those represented percentage increases of 11.3 percent and 4.6 percent respectively compared to the 2018 fiscal.

The MedSurg unit experienced even greater percentage gains over the 2018 figures. On the whole, it reported an 8.8 percent rise over the previous year, translating into $6.57 billion in net sales. By each business, Medical led the group at $2.26 billion in sales (up 6.9 percent), followed by Instruments with $2.04 billion (up 12 percent), then Endoscopy ($1.98 billion; up 7.5 percent), and finally Sustainability ($286 million; up 10.4 percent).

The real winner among Stryker’s three business units, however, was clearly Neurotechnology and Spine—not so coincidently, the segment also represented the new home for the majority of the organization’s latest acquisitions. Combined, it posted $3.06 billion in net sales, which was a tremendous 19.2 percent gain over the unit’s previous year revenue. While the Neurotechnology segment experienced a double digit increase over the prior year of 13.5 percent to finish at $1.97 billion, it was eclipsed by Spine. The 31.1 percent growth was far and away the most substantial figure posted by any reporting segment throughout the company. It finished 2019 with almost $1.1 billion, and may have represented substantial growth again in 2020 if it wasn’t for the COVID-19 impact (see sidebar).

Perhaps recognizing that its major driver of sales growth has come from an aggressive M&A strategy, Stryker sought to bolster its R&D capabilities when it announced a plan to invest more than 200 million euros (approximately $225 million at the time) into three sites in Cork, Ireland. The locations at the focus of the investment were tied to the firm’s neurovascular business, where it designs stroke treatment products; the Instruments Innovation Centre, which focuses on surgical devices for a range of application areas; and the AMagine Institute, which develops 3D printed technologies for the spine, head, and joints.

The firm also made news with several of its products during the year. It launched its LIFEPAK CR2 defibrillator with LIFELINKcentral AED Program Manager in the U.S. The device allows chest compressions to continue during ECG analysis, helping to increase hands-on time and reduce the longest pauses in CPR.

Stryker also gained premarket approval from the U.S. Food and Drug Administration (FDA) for its Neuroform Atlas Stent System to treat brain aneurysms. According to the company, the device was only the second aneurysm adjunctive stent to be granted PMA approval for the treatment of wide-neck, intracranial aneurysms in conjunction with embolic detachable coils. While the technology had been previously approved under a humanitarian device exemption restricting use to specific hospitals with institutional review board approval, this approval was granted based on robust clinical trial evidence proving the efficacy of the device.

Also for the orthopedic market, Stryker received clearance from the FDA for its SAHARA Lateral 3D Expandable Interbody System, which features the organization’s Lamellar 3D Titanium Technology (brought aboard as a result of the K2M acquisition). The firm claims the device is the first ever 3D-printed lateral expandable fusion device and features passive expansion capabilities designed to allow surgeons to achieve up to 30 degrees of sagittal spinal correction in skeletally mature patients.

It also launched visualization tools to enhance the surgical experience for arthroscopy. The HipCheck platform is focused on advancing the field of hip arthroscopy as an interactive tablet integrating into existing OR workflow, calculating intraoperative measurements, and working to deliver a higher degree of accuracy in measuring bone deformities. The 1688 AIM 4K Platform features several enhancements, such as 4K resolution and fluorescence, auto-light technology, as well as better ergonomics. Finally, its Connected OR Hub enables connectivity between devices. In addition, the system allows surgeons to capture, record, stream, and print images directly from the 1688 AIM 4K Platform.

Even with a number of new products in the pipeline, Stryker  still sought to capitalize on opportunities beyond its walls. Not acquiring the firm, it struck an agreement with Conformis on the latter’s iFit Image-to-Implant technology platform. The deal, potentially valued at $30 million at the time, saw Conformis receive $14 million up-front and up to an additional $16 million in milestone payments for selling, licensing, and developing part of its intellectual property portfolio to Stryker in order to design, manufacture, and commercialize patient-specific instrumentation for use in Stryker’s knee implant offerings, including the Triathlon Total Knee System.

“Innovations in healthcare are being driven by advancements in personalized medicine,” said Mark Augusti, president, and CEO of Conformis. “Conformis is excited to partner with Stryker—a leader in orthopedic surgical innovation—to further expand CT-based solutions to the market. Such solutions are the future of healthcare, enabling surgeons to provide personalized care based on a patient’s unique anatomy.”

Stryker’s spending seems to have slowed substantially in 2020—perhaps due to the Wright deal still in limbo or perhaps due to the uncertainty caused by the COVID-19 pandemic. The orthopedic industry has been particularly hard hit due to the virus, as elective procedures were put on hold. Fortunately, the blow to Stryker was not as severe as some may have expected it to be. In fact, the organization reported a gain of 2 percent in first-quarter sales despite noting a significant negative impact on the company’s operations and financial results.

“Our first quarter organic sales growth of 2.4 percent reflects strong momentum through much of the quarter before experiencing a significant negative impact from the COVID-19 pandemic,” said Kevin Lobo, chairman and CEO.

Due to the uncertainty and financial hardship experienced in March 2020, the company avoided providing expectations on its second quarter or full-year organic sales growth or earnings guidance for the remainder of 2020.

During an earnings call, Katherine Owen, now VP and advisor to the CEO (formerly involved with investor relations) stated the firm had as much as 50 percent of global revenue tied to elective procedures. Further, in April, the organization noted Orthopaedics and Spine sales fell by almost 65 percent while Medsurg and Neurtotechnology dropped by approximately 25 percent.