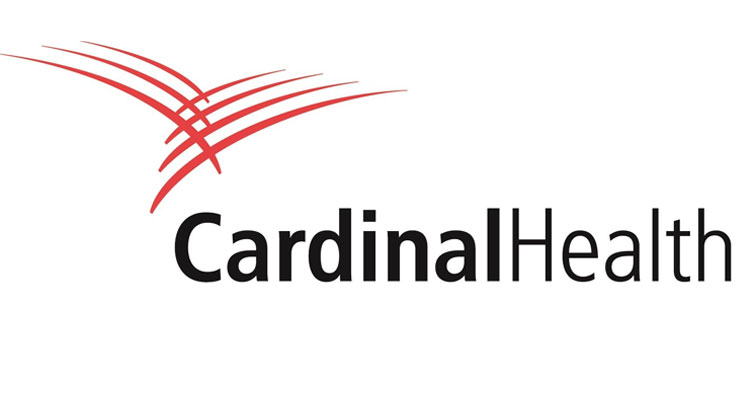 The phrase is (seemingly) everywhere.

And trumpeted by business: “Our Path Forward - Building on our 45-year heritage of reinventing ourselves” (Quad Graphics).

So few words. So many meanings.

Redemption: “The path to meaningful advancement of our best ideals starts with each of us having the courage to lay our respective ego defense mechanisms aside, become vulnerable, and work in unison with those who see and experience the world differently as partners rather than as adversaries,” the Observer urged its readers.

Rebirth: “Thanks to the efforts and dedication of our co-founder, whose academic and policy-oriented bona fides are significant and impressive, we have garnered a strong following in the academic and policy community, with folks...who are passionate advocates for music education. Your support is crucial to our continued success as a charity...I invite you to help me expand the SpreadMusicNow mission, strengthening what we do currently, and bringing it beyond the board room and out onto the dance floor!” SpreadMusicNow Executive Director Tom Baggott implored supporters.

Reinvention: “Our goal is to be the industry’s high-quality, low-cost producer and take advantage of transformational opportunities created by today’s ever-expanding media landscape. Increasingly, our conversations are evolving from what we can do as a tech-savvy print provider to how we can be a strategic marketing partner. Our rich history and heritage of reinventing ourselves provides the foundation on which we are building our path forward,” Quad Graphics President, Chairman, and CEO J. Joel Quadracci assured investors in 2015.

Cardinal Health is hoping for a similar degree of success as it rebuilds its foundation to support long-term growth. Reconstruction appears dependent upon customer trust; better-focused resources; improved market share; and the company’s legacy/scale in products, distribution, and solutions.

“We remain committed to executing against our strategic and financial plans as we shift our focus from stabilizing the business to continuing to build a foundation for long-term growth,” CEO Mike Kaufmann told investors in the 2019 annual report. “Simply put, we are committed to returning the enterprise to profitable growth and will do so through a combination of strategic investments, disciplined capital deployment, continuous cost management and pursuing key opportunities in targeted areas that leverage our core strengths and operating capabilities. We are calling this Our Path Forward.”

That path was a bit rocky in FY19, though. Total sales jumped 6.3 percent to $145.5 billion, but Medical revenue remained flat at $15.63 billion due to the lingering effects of past divestments.

The sales occurred in two different (but consecutive) fiscal years, relieving Cardinal of financial responsibilities for both its China-based drug distribution business and naviHealth. The first deal—finalized in February 2018—netted the company $861 million and transferred all general and administrative expenses for Cardinal Health China’s 17 distribution centers and 153,000-square-foot storage capacity to Shanghai Pharmaceuticals Holding Co. Ltd., one of the Middle Kingdom’s largest drug companies. In return for its investment, Shanghai Pharmaceuticals instantly expanded its drug and medical product portfolios, augmented its national coverage network with access to such regional markets as Tianjin, Chongqing, and Guizhou, and strengthened its presence in existing areas like Shanghai, Beijing, and Zhejiang.

Four months after closing the Shanghai Pharmaceuticals deal, Cardinal Health sold its majority stake in naviHealth to private equity firm Clayton, Dubilier & Rice for $737 million, though Cardinal Health retains the right to buy back the business after five years. That buyback option is unclear, however, after naviHealth’s mid-May (2020) sale to UnitedHealth Group’s Optum unit.

The naviHealth sale was somewhat bittersweet for Cardinal, as the company realized it could not provide the necessary (fiscal) nourishment to foster the startup’s growth.

“naviHealth has been a strong performer. We really like the naviHealth business,” Kaufmann told investors on a Q4 fiscal 2018 conference call last summer. “...but there’s a lot of changes in that space and we knew there was going to be significant investment needed in that space, particularly over the next 12 to 24 months...we knew that all of that investment would be not only an impact on the P&L, but even more importantly, an impact on our ability to focus on the things that will drive more value in our medical segment, which is turning around Cordis and landing the Patient Recovery business and driving the rest of our business.”

That turnaround, however, never materialized in fiscal year 2019 (year ended June 30, 2019) thanks to continued integration woes involving fill rates, backorders, and supply chain issues for Cordis products. The unit’s incorporation into Cardinal Health’s overall Medical segment has been plagued by problems in recent years; in 2018, for example, poor inventory visibility prompted a large write-off and production challenges. Then in fiscal 2019, a distribution agreement-related supplier charge dampened Medical segment profit by 15 percent in the fourth quarter.

Compounding these integration issues is a class-action lawsuit accusing Cardinal of misleading stakeholders about its 2015 union with Cordis. Filed last summer by the Louisiana Sheriffs’ Pension & Relief Fund, the complaint contends that Cardinal distorted the deal’s expected benefits to Cordis, predicting the $1.94 billion acquisition to be increasingly accretive with synergies exceeding $100 million by the end of FY18. In addition, the complaint accuses Cardinal of misrepresenting that it properly “reserved for inventory obsolescence” and the inventories presented in its consolidated balance sheets “[were] net of reserves for excess and obsolete inventory.”

Despite its persistent troubles, however, Cordis—surprisingly—was not the main culprit in lost Medical segment profits during FY19. That dubious honor belonged mostly to Cardinal Health Brand products, whose weak performance coincided with additional supply chain costs and higher commodities prices to reduce segment profit 13 percent to $576 million. The decrease was partially offset by company-wide and segment cost-savings measures, the prior year impact of Cordis inventory challenges, and increased operating costs specific to Cordis.

“In the Medical segment, we believe our work to transform our commercial, operational, and data capabilities will begin to translate into results in fiscal 2020,” Kaufmann said in the FY19 annual report. “We will continue our efforts to optimize our portfolio and infrastructure across the segment.”

For true transformation, though, the segment’s portfolio optimization efforts must be considerably more extensive than they have been in recent years. Case in point: Product diversification in fiscal 2019 was limited mainly to the Cordis unit, which unveiled three new offerings within six months, starting with the November 2018 launch of the MYNX CONTROL Vascular Closure Device. Designed to seal 5-7 French femoral arterial access sites, the MYNX VCD aims to reduce time to hemostasis and ambulation after diagnostic or interventional procedures.

The device features a next-generation deployment system to improve predictable positioning; its dual-mode active sealing mechanism contours to the arterial wall and expands to fill the tissue tract, creating a matrix structure for clot formation. The components are designed to be resorbed within 30 days.

The approval was more or less expected, as an FDA advisory committee panel had already greenlighted the INCRAFT system five months prior (June 2018). The favorable committee panel ruling was based on clinical trial data that showed the INCRAFT system meeting primary safety and effectiveness endpoints, with a low rate of major adverse events at 30 days, high rates of successful aneurysm treatment and survival, and no aneurysm ruptures through four years of follow-up.

“INCRAFT is an attractive new ultra-low profile EVAR option that allows for bilateral in-situ adjustment during the procedure, helping to minimize the need for additional components or extensions,” Dr. Takao Ohki, chairman and professor of Surgery and chief of Vascular Surgery at the Jikei University School of Medicine in Tokyo, and co-principal investigator of the INCRAFT study, said upon FDA approval.

Six months after the INCRAFT approval and MYNX VCD unveiling, Cordis launched its RADIAL 360 portfolio, offering up a range of products to facilitate the transradial approach (TRA) for interventional cardiology procedures. TRAs use the radial artery (wrist) to access the body’s arterial system rather than the femoral artery (groin).

Transradial access reportedly has many benefits compared to the femoral approach, including less bleeding, faster post-procedure mobility and patient discharge, improved comfort, and cost savings. TRA use in the United States is estimated to be roughly 30 percent of overall percutaneous coronary interventions, and growing.

The Rain Sheath Transradial Introducer offers an ultra-low profile design, lubricious hydrophilic coating, and proprietary kink recovery technology that enables the sheath to maintain lumen patency throughout the procedure, even after a kink occurs, according to Cardinal. The RBL-TG and RBL-JK universal shapes build on Cordis’ catheter technology, while the Zephyr Band is designed to simplify procedure closures.

There was only one non-cardiovascular-related product to make its debut in fiscal 2019: the CoolSource Cooling System, a lightweight, disposable, non-sterile vest that incorporates six cooling pack pockets intentionally placed for cooling dispersion. Symmetrically placed on the abdomen, back, and over the shoulders, the packs lower core body temperature and maximize cooling for more than two hours, helping clinicians cope with heat stress during long, labor-intensive surgical procedures.

The need for personal protective equipment (PPE) was so critical, in fact, that Cardinal repurposed its factories (operating them 24/7) and tracked down new suppliers to accommodate order volume that was double to 12 times above normal, according to CEO Mike Kaufmann. The company drained its reserves to meet demand, and currently is working with manufacturers to distribute FDA-authorized industrial N95 masks to coronavirus “hotspots” in the United States. Additionally, Cardinal is working with industry partners and the U.S. government to identify additional PPE sources, and is acquiring equipment for its own factories to expand production of isolation gowns and face masks.

For all products that move through Cardinal’s supply channels, the company is proactively:

Cardinal is reassessing/tweaking its supply chain for all general healthcare products as well. Efforts involve: