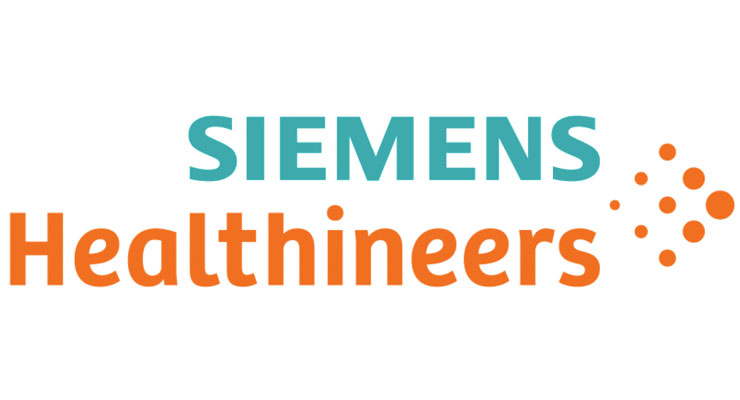 Imagine, if you will, being a doctor. Now picture, instead of clinical images on a 2D monitor while preparing for surgery, you don a mixed-reality headset that superimposes a realistic, 3D overview of the surgical area. Pretty far out, right?

“We firmly believe that a photorealistic representation of clinical images can make communication between physicians and patients easier, and that it can also help with medical training,” Christian Zapf, head of the Syngo Business Line at Siemens Healthineers, told the press.

Clinicians and medical students can use HoloLens 2 with Cinematic Rendering to interact with CT and MR images—enlarge them, zoom in, and rotate them using gestures, speech, or eye gaze. The application can ease the discussion about complex cases with difficult anatomy, for example, in a pediatric or trauma context. It can also bring together multidisciplinary medical teams—Cinematic Rendering can provide realistic and natural visualization of difficult interventional radiology and surgery procedures to help non-radiological physicians understand their patients’ MR or CT images.

Patients can also have a helpful visualization of what’s happening inside their bodies and the nature of their upcoming surgery. Medical students and trainees can benefit from the opportunity to virtually investigate specific anatomical features and clinical conditions, somewhat of a “living anatomy session.”

The German medtech maker put forth a strong showing last year. Fiscal 2019 sales (ended Sept. 30) rose 8 percent, coming to rest at $15.88 billion. Outstanding performance from the Imaging and Advanced Therapies businesses were the main drivers. All major geographical markets were healthy despite then-ongoing Brexit negotiations and U.S. tariff disputes with China. The Advanced Therapies business posted 1.61 billion euros in sales, a 9 percent climb over the prior year supported chiefly by Asia, Australia, and the EMEA region.

“We are taking an important step forward in the upgrading phase of our 2025 strategy,” Bernd Montag, Siemens Healthineers CEO, told the press.

Imaging business proceeds shot up 10 percent to reach 8.94 billion euros, with the Molecular Imaging portfolio reporting impressive growth. Sales increased across the globe—particularly in the Americas—but also strongly in the EMEA region, Asia, and Australia.

The Magnetom Lumina 3T also earned FDA clearance in January. Its 70 cm bore and AI-powered technologies can reduce whole spine exam times by 20 percent compared to conventional systems, with some routine musculoskeletal exam times cut in half. An optional in-bore infotainment system (still under development) can also move with the scanner table to create the illusion of an enlarged bore.

The Somatom go.Top Cardiovascular Edition debuted at last March’s Annual Scientific Session & Expo of the American College of Cardiology. The new CT system personalizes dosage in all types of routine cardiovascular imaging via the Care kV feature, which selects optimal kV settings in 10 kV increments. Coronary CT angiography and advanced tests like the HeartFlow FFRCT analysis—which evaluates impact of a blockage on blood flow for treatment selection—can be performed on the 128-slice scanner.

The Artis icono family of angiography systems—Artis icono biplane and Artis icono floor—received an FDA OK last September. icono biplane enables a variety of neuroradiology and abdominal imaging procedures through a revolutionary form of cone beam CT that produces fewer artifacts in the basal section of the brain and close to the skull. Ten different time points can be depicted in 60 seconds. The flexible, multi-axis icono floor is suited for vascular, interventional cardiology, surgical, and oncology procedures. According to Siemens, this floor-mounted CT can achieve virtually the same angles as a ceiling-mounted system.

Somatom On.site: head CT scanner for use at the patient’s bedside.

Diagnostics revenue grew 4 percent to 4.13 billion Euros. Robust sales in Asia, Australia, and a moderate rise in the EMEA region were tempered by a small drop in Americas sales.

“Laboratories are seeking HbA1c assays that can be integrated onto chemistry testing platforms and that provide the accurate and precise results patients deserve,” Siemens Healthineers president of Laboratory Diagnostics Deepak Nath, Ph.D., told the press.

“…the partnership with ECG will enable us to address the needs of our customers more comprehensively than ever before, helping them to further improve healthcare delivery and provide better care at lower cost,” said Montag.

Although fiscal 2020’s Q2 revenue increased over the prior year (ended Sept. 30), the pandemic negatively impacted comparable growth by about 4 percentage points in total. Imaging and Advanced Therapies achieved growth (5.8 percent and 5.7 percent respectively), though Diagnostics revenue fell a slight 2.2 percent in light of a shrinking number of patients due to the crisis.

On March 11, Siemens Healthineers-backed teleradiology and telemedicine firm USARad launched a screening program that connects radiologists to healthcare workers on the front lines of the outbreak. The company will also provide a network of chest CT-trained imaging experts, along with pulmonologists and infectious disease specialists. Studies have shown the imaging modality plays a key role in identifying the virus, including the ability to spot lung abnormalities.

On April 22, the company announced development of a lab-based test to detect IgM and IgG antibodies for the SARS-CoV-2 virus. Available on the Atellica Solution immunoassay analyzer, it can run up to 440 tests per hour with results in 14 minutes.

The firm’s lab-based SARS-CoV-2 total antibody test recieved FDA EUA on June 1. According to the company, the test demonstrated 100 percent sensitivity and 99.8 percent specificity. The test, which is also CE marked, began shipping the week prior.