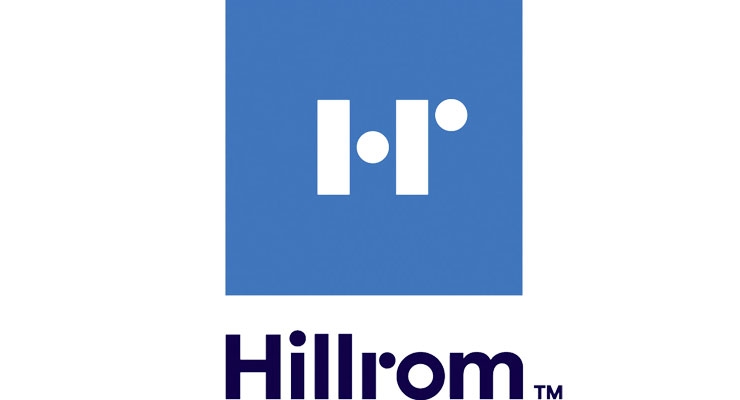 Some companies are undeniably ahead of their time. Amazon, for example, came into the world as an online bookstore because its founder recognized the enormous business potential of the Internet while it was still in its infancy. “This is Day One. This is the very beginning, this is the Kitty Hawk stage of electronic commerce,” Jeff Bezos (with thinning hair) gushed to an interviewer in 1997.

Similarly, Bob Moore identified an unmet need for gluten-free food earlier than his rivals, and fashion firm Nau met the groundswell of public demand for “green” products well before its crest (the company’s foresight, however, failed to prevent a Great Recession-induced wipeout).

Some corporate visionaries are not so obvious, though. DuckDuckGo, for instance, provides web surfing privacy (via no profiling), and Restless Bandit helps companies find workers by perusing old resumes.

Hillrom is clearly part of the latter group. Established less than a week before the 1929 stock market crash, the company was founded on the concept of “bringing the home into the hospital.” Its founder, Notre Dame graduate William A. Hillenbrand, hoped to create a warmer, more comfortable hospital environment by supplying healthcare institutions with wood and metal beds. He spent nearly a year visiting U.S. hospitals to determine the best design.

Hillenbrand had a tough time selling his concept once the Great Depression hit. But in a stroke of entrepreneurial genius, he managed to coax hospitals into furnishing their private rooms with his beds for six months free of charge. He promised to accept returns from any unsatisfied customer at the end of that six-month period.

Not surprisingly, none of the hospitals returned Hillenbrand’s beds, and some even placed orders for more product.

One of the more recent displays of Hillrom’s progressive thinking occurred with the launch of a philanthropic effort to reuse its old hospital beds. Ten years ago, the company partnered with non-profit humanitarian relief group Project C.U.R.E. to refurbish its old beds and place them in needy healthcare institutions worldwide. The first beneficiary was tiny Valladolid State Hospital in Mexico’s Yucatan Peninsula, which had been using nearly 40-year-old beds.

Hillrom executives touted its “Hospital Beds for Humanity” initiative as unique to the company, noting it provided a way to both extend product life and effectively leverage employee passions and interests (the program was spearheaded by a senior executive). “The opportunity we have is uniquely Hillrom...that’s exciting,” Patrick de Maynadier, former senior vice president, general counsel, and secretary, said during the program’s debut. “We have the opportunity to have a huge effect on the world.”

Research shows that charitable efforts can help better connect employees to their work and engender a more productive, engaged labor force. A 2017 Fortune survey revealed employees with positive corporate philanthropic experiences are four times more likely to admit their teams are willing to work harder to get a job done. These employees also are more likely to be brand ambassadors eager to express pride in their employers, and more willing to stay with their companies for a long time.

ANALYST INSIGHTS: After a few years of aggressive M&A activities, Hill-Rom is now focusing all of its brands under the name of Hillrom. Hillrom likely needs another good year of operating performance to allow it to continue to pay down its debt before it re-enters aggressive M&A investments.


“People almost always want to make some sort of impact—in their work and in their communities,” Jonathan Becker, a workplace culture expert and partner at Fortune’s “Best Workplaces” list, noted in early 2017. “The leading employers let them do both by combining employees’ ideas, skills, and goodwill for worthy causes. Giving the team this sense of ownership in the positive things their company does is good for everybody.”

Particularly companies. Since establishing the Hospital Beds for Humanity effort, Hillrom’s revenue has more than doubled, rising to $2.84 billion in fiscal 2018 (year ended Sept. 30, 2018). Gross profit more than doubled as well, reaching $1.39 billion (up from $627.9 million in 2009).

“Our impact extends to our more than 10,000 associates and the dozens of communities where we live and work globally, through focused investments and purposeful actions to accelerate social and environmental progress. We do this through Hillrom for Humanity,” Hillrom president and CEO John P. Groetelaars wrote in the company’s 2018 Corporate Social Investment Report. “We created Hillrom for Humanity in 2018 to deepen our corporate social investment, while building on the legacy of giving, volunteerism, safety, and environmental sustainability we have embraced for over a century. Hillrom for Humanity is a new beginning for our company...”

That new beginning coincides with the new chapter Hillrom embarked upon last May with Groetelaars’ appointment as president and CEO. He replaced the retiring John J. Greisch, who had led the company for eight years.

Groetelaars’ past experience leading and growing businesses at both C.R. Bard and BD apparently came in handy in his new position: For FY18, Hillrom boosted its core revenue 3 percent and increased both its domestic and OUS (outside U.S.) sales 4 percent to $1.96 billion and $892 million, respectively. Earnings per diluted share skyrocketed 87.4 percent to $3.73, and gross margin expanded 40 percent to 90 basis points. Likewise, operating margin improved 20 basis points to 10.2 percent.

Such strong growth led to solid gains in Hillrom’s three business segments in FY18. Patient Support Systems notched a 0.4 percent sales increase (to $1.42 billion), as growth in hospital bed systems, clinical workflow solutions, and patient handling equipment was offset by lower revenue from recently divested interests. One of those divestures—Hillrom’s third-party rental business—cost the company $20 million. The venture was sold to Minneapolis-based Universal Hospital Services during the second quarter.

Hillrom used its expertise in hospital bed systems to help minimize the financial fallout from that divesture. In late October 2017, the company released the Centrella Smart+ bed in the United States and Canada; the bed incorporates advanced verbal and visual notifications into its technology (an industry first, according to Hillrom), and is designed with a scalable platform, allowing customers to add more features or upgrade their system. The bed also integrates the company’s NaviCare Patient Safety System, an innovation that automatically activates bed safety settings and alerts caregivers when the berth is unsafe.

In addition, the Centrella Smart+ bed is equipped with USB ports and mobile device storage, and its new surfaces provide for quiet, therapeutic respites as well as adjustable comfort levels.

“We have engineered the new bed system to help reduce patient falls and pressure injuries, which are significant patient safety concerns,” Paul S. Johnson, president, Hillrom Patient Support Systems, said in announcing the Centrella’s North American debut. “In addition, we are introducing new features to elevate the patient experience and provide caregivers with an unprecedented level of information that enhances patient care.”

Hillrom released a steady stream of Welch Allyn innovations in fiscal 2018, beginning with the fall 2017 pairing of its Internet of Things home medical devices with Honeywell’s remote patient monitoring platform, and the launch of the Connex Cardio electrocardiograph, a PC-based resting ECG system designed to help improve decision-making and simplify clinical workflows.

Connex uses Mortara technology and Welch Allyn’s EMR connectivity capabilities to identify, manage, and track conditions like heart disease and stroke. Users launch from the EMR to capture and save ECGs in as few as two clicks (numerous EMR systems are supported).

New product introductions were integral to the success of Hillrom’s Surgical Solutions business as well. Sales jumped 5.5 percent to $458.3 million, due to innovations released in the United States, Middle East, and Europe. Those new technologies included a new multi-functional operating room table designed for cranial and upper-cervical intraoperative magnetic resonance procedures. The table allows neurosurgeons to perform intraoperative imaging with the patient in his or her original surgical position, thereby minimizing infection risk and reducing operating times.

The table integrates and leverages Hillrom’s TruSystem 7500 OR Table platform. The product’s design allows for a wide range of interchangeable tabletops, enabling a broad range of procedures and multi-disciplinary uses to occur using one column. Its segmented composition also offers optimal patient positioning.
Suggested For You 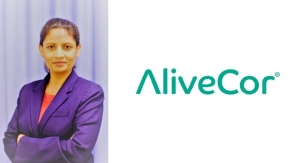 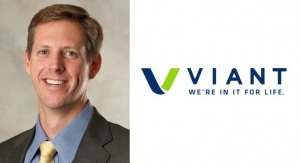 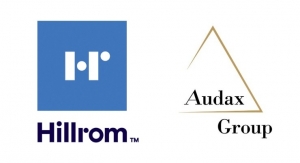 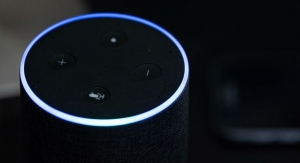 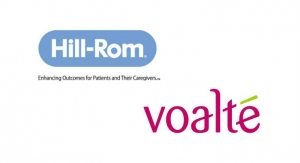 Hill-Rom to Acquire Voalte for $180M 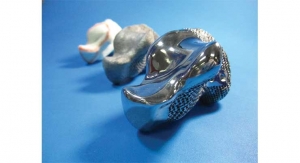 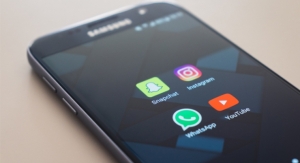 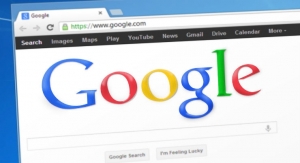 Google’s Search for Direction in Healthcare