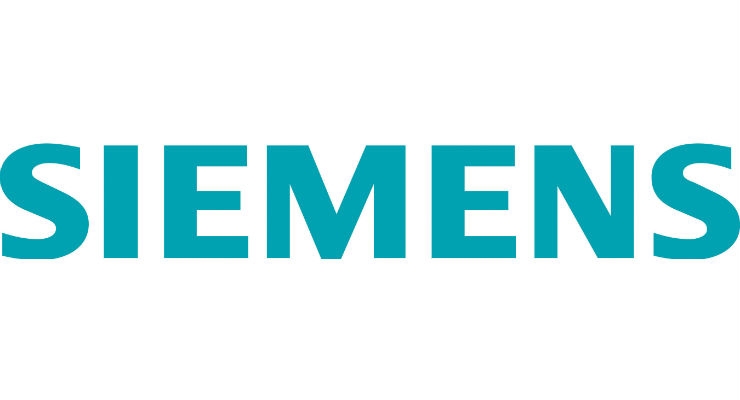 Earlier this year, Siemens AG President and CEO Joe Kaeser gave investors a sneak peek at life on Planet Earth in the year 2020. Over the next four years, he predicted, the world will become a healthier place, but will barely resemble its current state as it adapts to constant, rapid change and the further convergence of reality and virtual actuality.

The corporate world will be radically different too: It likely will be faster, more aggressive, more far-reaching, and more global than it is today, with digitalization and e-commerce mostly dictating business strategy.

Life at Siemens will have changed as well, but it won’t be too far a cry from Kaeser’s outlook for the company, a perspective he first detailed two years ago in his Vision 2020 plan.

“What will Siemens look like in the year 2020?” Kaeser wondered aloud during a Jan. 26 shareholders’ meeting. “Our company will be as we described it in our Vision 2020.”

Kaeser was quite candid in describing Siemen’s future Vision in 2014, recommending the company focus on the “concrete growth fields” of electrification, automation, and digitalization to better align itself with market trends. He also called for shedding a layer of senior management, bolstering the company’s power generation division with acquisitions, and reducing the number of business segments.

In addition, Kaeser envisioned a separately-managed Healthcare division without its Audiology business (that sector would either be spun off or sold).

“Vision 2020 defines an entrepreneurial concept that will enable our company to consistently occupy attractive growth fields, sustainably strengthen our core business, and outpace our competitors in efficiency and performance,” the plan concludes. “It’s our path to long-term success.”

And it’s a path from which Siemens has seldom strayed over the last two years. After unveiling Vision 2020 in May 2014, Kaeser immediately went to work boosting the company’s presence in the electrification field. First up was the purchase of Rolls-Royce Holding PLC’s energy assets for $1.3 billion, followed by the transfer of  a majority stake in Siemens’ Austrian metals business to Japan’s Mitsubishi Heavy Industries for an undisclosed sum. Then, last summer, came the $7.8 billion acquisition of rotating equipment solutions supplier Dresser-Rand Group Inc., further expanding Siemens’ power generation market footprint.

“...the managers and employees of Healthcare can be quite proud of their work together over the past years,” Kaeser noted in a news release announcing the new regime. “We are now setting up Healthcare as a separately managed business within Siemens in order to pave the way for a successful future in a highly dynamic market and innovation-driven environment.”

The trio oversee a Healthcare division that was reorganized in FY16 into six newly defined business areas: Diagnostic Imaging, Laboratory Diagnostics, Advanced Therapies, Ultrasound, Point of Care Diagnostics, and Services. Missing from the new configuration is the Audiology business, which was sold to EQT and Germany’s Strungmann family for 2.15 billion euros, or $2.69 billion.

The deal gave EQT a majority stake in Siemens Audiology Solutions, a business that generated 693 million euros ($842 million) in revenue and 145 million euros ($176.2 million) in reported EBITDA (earnings before interest, taxes, depreciation, and amortization) in fiscal 2014. Siemens, however, is still vested in the audiology group with 200 million euros ($248 million) in preferred equity and an undisclosed percentage of future sales. Siemens also has secured a seat on the buyer group’s board and is allowing Audiology’s new owners to continue using its hearing aid product brand over the medium term.

“The Siemens audiology business has a very strong heritage for innovative, high quality products, and we have been particularly impressed with the strong track record over the last couple of years,” Marcus Brennecke, partner at EQT Partners, said in announcing the purchase in November 2014.

Siemens’ foray into the audiology market dates back more than a century with the introduction of the first industrially-produced hearing aid—the Esha Phonophor—in 1913. It was the first company to develop hearing devices that synchronize volume, sound, program settings, and directional microphone settings using wireless technology, and the forerunner of a binaural platform that outperforms normal hearing in challenging environments (i.e., cocktail parties, noisy restaurants, wind, driving a car).

Although it was a formidable force in the hearing industry, Siemens’ Audiology Solutions (which included Rexton) had lost market share over the last decade. It fell from a global peak of more than 25 percent to an estimated 17 percent, landing behind rival groups Sonova (Phonak and Unitron), William Demant Holding Group (Oticon, Bernafon, and Sonic), and possibly GN (ReSound, Beltone, and Interton). Mostly dormant in the U.S. market, the business remained on the periphery of consolidations that targeted small, privately owned hearing aid dispensaries. Its most recent purchase, in fact, occurred in 2011, when it spent $129 million for bankrupt hearing aid retailer HearUSA.

“A lot happened in this first year of our new organization. In fiscal 2015, we consolidated our company’s operations. We used the year to further focus our business and to position Siemens along the value chain of electrification, automation and, above all, digitalization,” Kaeser told investors. “Our business portfolio is continuing to develop at a very fast rate. For some within and outside the company, things are moving too fast, while for others, they’re moving too slowly. Yet we have embarked on a clear course.”

A Course with a Clear Vision
To achieve its 2020 digital dreams, Siemens is investing in areas it calls “future-oriented fields.” A particular favorite in recent years has been vertical software—or, computer programs that are specially tailored to the needs of specific industries like automotive, gas and oil, and healthcare. In late January, for instance, the company acquired simulation software provider CD-adapco, gaining ownership of an operating system that simulates and analyzes fluid and gas flows such as airflows along an airplane wing or an automobile body. Data from the software analysis can help optimize design and development, and eliminate the need for extensive testing on full-scale models.

Siemens Healthcare released two of its own vertical software systems in FY15, unveiling a new cloud-based network and an updated version of its oncology diagnostics platform.

The cloud network—aptly dubbed “teamplay”—connects hospital staff and medical experts worldwide, allowing them to exchange data and pool their knowledge. Specifically, the software platform is intended to help radiologists, imaging managers, and referring physicians make timely, well-informed decisions by connecting them in the cloud as a “virtual imaging team” so they can access current data, compare benchmarks, and collaborate more efficiently.

Siemens Healthcare officials claim the teamplay solution can help imaging professionals better assess their performance, since it provides them with a comprehensive overview of data. The network also helps improve an organization’s transparency, as it allows clinicians to compare their numbers to those from other teamplay-linked institutions.

“Siemens Healthcare products are used to diagnose or treat about 200,000 patients around the world every hour. In the process, our customers generate a vast amount of data, but they currently can use only a fraction of the information,” Arthur Kaindl, CEO of Siemens’ SYNGO Business Unit, noted when the healthcare cloud made its debut. “‘Teamplay’ is intended to help them combine this data, analyze it, and exchange it with other experts, forming the basis for prompt and well-informed decision-making.”

An easily-installed DICOM (Digital Imaging and Communications in Medicine) application connects users to the teamplay network, according to Siemens. Because Teamplay runs on tablets, laptops, and desktop PCs, members of the network have flexible access to the information, subject to the appropriate authorization and security measures.

Within hospitals, Teamplay makes it possible to evaluate the extensive amount of information generated by imaging devices—e.g., scanner capacity utilization, examination times or radiation doses—and to compare the numbers against in-house and third-party reference values. This means imaging devices can be analyzed in close to real time and their operation optimized based on the results, even down to individual device level. Such capabilities allow healthcare facilities to operate their devices more efficiently, Siemens claims, and can help them rapidly determine whether there is sufficient computed tomography (CT) capacity available to perform the expected additional number of scans required in some cases.

Five months after debuting its teamplay network, Siemens released the latest version of its syngo.via RT Image Suite, software that helps doctors plan the best course of treatment for cancer patients. Cancer treatment requires comprehensive diagnostics, speed, and optimal information exchange with other clinical disciplines. Treatment planning requires the preparation of imaging procedures for the precise assessment of the position, morphology and metabolism of a tumor, and for radiotherapy planning.

The new version of Siemens’ syngo.via RT Image Suite helps radiotherapy oncologists use imaging information from modalities such as CT, magnetic resonance tomography, or positron emission tomography-CT (PET-CT) to create accurate tumor contours for treatment, with minimal damage to surrounding healthy tissue.
The syngo.via software provides early quantitative feedback about the effectiveness of the treatment, an offline mode for the interdisciplinary information exchange, and support reading and reporting of MRI scan results.

The syngo.MR OncoCare application enables an early, quantitative evaluation of treatment, enabling doctors to select an alternative care method if necessary, saving time and costs. The syngo.MI offline Oncoboard application enables interdisciplinary cancer tumor boards to share syngo.via findings from the various imaging procedures offline on a standard PC. In addition, the syngo.via software can be used by itself or together with other syngo.via-based software.

“Siemens is a traditional company, nearly 170 years old. But it has also long been a software company—in fact, one of the strongest,” Kaeser noted in his speech to shareholders. “We are already generating revenue of 3.7 billion [euros] a year from our digital services and industry-specific software. And the growth rates are in double digits. Siemens is a technology company. Our driver is innovation. Innovation is the basis for our success. That was always true in the past and it is especially true today. That is WHAT we do.”

It is also how the company prospers, and fiscal 2015 (year ended Sept. 30, 2015) was a particularly fruitful one for Siemens. All businesses were profitable, and six of eight increased profits year-over-year, with Wind Power and Renewables leading the charge via a 10-fold increment. Energy Management was a close contender, improving its profit to 570 million euros from a deficit of 86 million euros in FY14. Overall company profit fell 1.2 percent to 7.21 billion euros but sales rose 6 percent to 75.6 billion euros ($85 billion). Roughly half of Siemens’ total revenue in FY15 was generated in Europe, Africa, the Middle East, and CIS (Commonwealth of Independent States), while 29 percent came from the Americas (20 percent from the United States), and 20 percent originated in Asia/Australia (9 percent from China), according to the company’s FY15 annual report. 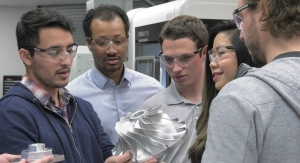 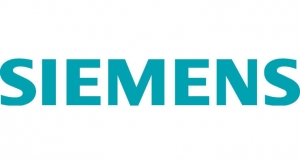