How Gamification Is a Boon to Medtech and Edtech

The positive attributes of gamification and why it works. 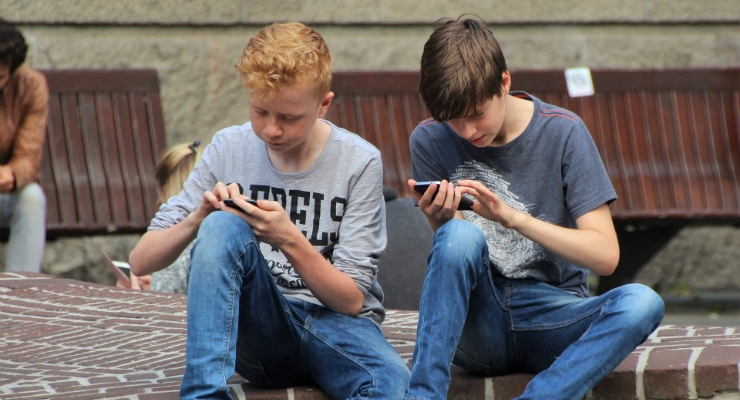 There are numerous games enabling people to be physically active. One such popular game was Pokemon Go.
Kelly Choo, Chief Marketing Officer and Co-Founder of Neeuro Pte Ltd. 01.16.20

When we were children, our parents continuously told us, “Don’t spend too much time on video games. It will eat away at your brain.” Maybe they were right back then, but games have evolved into simulations that are now used to train pilots in flying airplanes and to help surgeons master complex procedures.

Now, merging with technology, games are being developed to aid in medical treatments. In fact, there are numerous games enabling people to be physically active. One such popular game was Pokemon Go, where the users would roam around their city to catch Pokemon. The game became instantly addictive, and people didn’t mind walking several km.

But what was missing in conventional therapy and treatment that ushered a new era of gamification into the medical world? Patient engagement and a lack of health education relating to diagnosis and disease prevention are major factors.

How Has Gamification Positively Impacted People?
Games are engaging and fun to play, yes. But there are several factors in the set-up of those games which enforce a positive impact on users.

A Sense of Accomplishment
The fitness games set challenges—Walk 10,000 steps or burn 100 calories or cycle 30 km every day. When we set and achieve a goal, it imparts a sense of accomplishment in our minds. Similarly, accomplishing those challenges boosts our minds.

Improving Self-Esteem with Rewards
People prefer a reward when they accomplish a goal. Gamification rewards people with medals, trophies, etc. which increases a patient’s self-esteem.

Many companies, including Apple and Fitbit, have incorporated rewards into their fitness challenges, which keep the users engaged whilst enabling them to lead a healthy lifestyle.

Major Applications of Games in MedTech
Gamification in medical technology is mostly used in physical therapies but they are also becoming increasingly popular in psychological therapies for kids and elders.

Psychological Therapies
Some kids suffer from ADHD. Elders suffer from dementia. And the people between these stages suffer from excess stress owing to work, family, etc. Gamification plays a significant role in the treatment of the disorders mentioned above.

Let’s take a detailed look into a study that illustrates how a brain-training game is used to diagnose the mental conditions of kids who have ADHD. 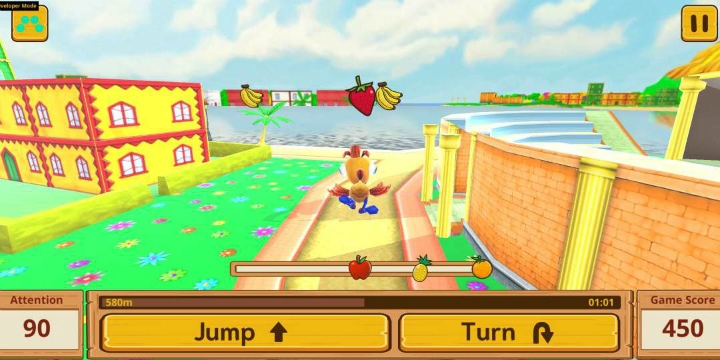 A Pilot Study: Neeuro and CogoLand
Neeuro, a Singapore based tech start-up, partnered with the researchers at the Institute of Mental Health (IMH), Duke-NUS Medical School and A*Star’s Institute for Infocomm Research.co They have deployed a home-based pilot intervention program for ADHD children who were currently undergoing treatment at IMH.

After extensive research, the team developed a brain-computer interface technology with advanced machine learning capabilities to personalize brain-training for ADHD children. They designed “CogoLand,” a game as a means to complement ADHD treatment, and provided a wireless headband along with a Samsung tablet which contained the game.

One hundred seventy-two children diagnosed with ADHD participated in a randomized clinical trial funded by the National Medical Research Council. The study analyzed and evaluated their attention, concentration, focus, etc.

The Results
From the Functional Magnetic Resonance Imaging (fMRI) scans, which scanned a subset of the children, positive post-task signs were observed in the brain areas on Attention and Task orientation.

The technical lead and the scientific advisor to Neeuro, professor Guan Cuntai, expressed that the technology could accurately quantify a patient’s attention level in real-time. From the process, they could develop a personalized brain training program for them.

How Does Brain Training Help in Educational Technology?
As with medical technology, the benefits of brain training in the educational sector will be indispensable in the future.

The inability to focus and be attentive during a session is not always because the lecture is boring. It may also be a result of some abnormal behavior in the brain.

Brain training specializes in understanding those behaviors, if there are any, while stimulating your brain to perform better. It imparts more consideration on your focus, concentration, attention and spatial ability skills. With the help of brain training apps and measuring equipment, you will be able to understand the areas where you shine and where you lag.

This is an enormous aid for those students who have trouble concentrating. The apps are usually games, which lies in the interest of students since they are prone to gaming from a young age. The games also reduce mental stress, and increase the working memory and spatial knowledge of students, which benefits them greatly during exams.

Benefits
Summarizing the above, the significant benefits of Brain Training in Educational technology include:


Is Gamification Picking Up Pace?
Let’s take a look at some insights.

According to Market and Markets Research, the gamification industry was estimated at $421 million in 2013 and will surge to $5.5 billion by 2018.

A report by M2 Research estimates that businesses will dish out $2.8 billion on gamification in the U.S alone.

Based on these reports, I am going to go with yes. Gamification will be an excellent addition, specifically in the fields of ed-tech and med-tech.

Kelly Choo is the chief marketing officer and co-founder of Neeuro Pte Ltd. A technopreneur, he is also the co-founder and former GM of Brandtology, with a background in eCommerce, marketing and data analytics.
Related Searches
Related Knowledge Center