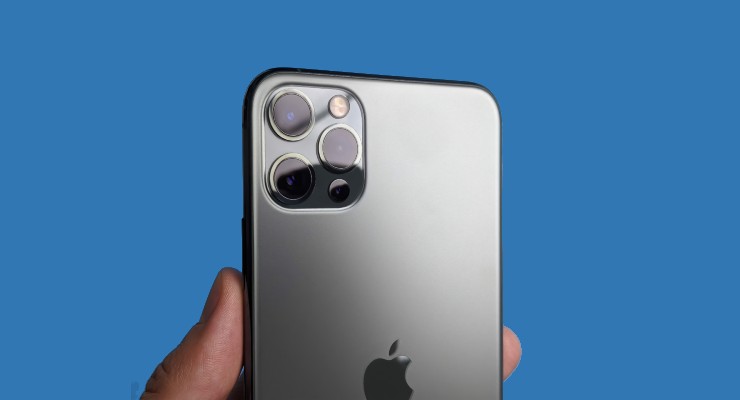 However, the latter feature could be problematic for users with implantable defibrillators. Henry Ford Heart & Vascular Institute cardiologist Gurjit Singh, M.D., and his colleagues found the magnet could potentially deactivate implantable cardiac devices, particularly when the iPhone is carried in the front pocket, close to the chest.

Dr. Singh is an expert in cardiac electrophysiology, a specialty which deals with various electrical and rhythm disorders. He is an expert in the use of devices such as implantable defibrillators that detect an irregular heartbeat and shock the heart back into a normal rhythm, and pacemakers that use electricity to keep the heart beating. Combined, more than 300,000 people in the United States undergo surgery to implant one of these devices each year. Additionally, approximately one in four cell phones sold last year was an iPhone 12.

These cardiac devices have switches which respond to an external magnet to change how the device functions. For a defibrillator, a magnet can be used to turn the device off. For a pacemaker, a strong magnet can make the device deliver electrical impulses that cause the heart to beat out of sync, which can bring about a potentially lethal condition called ventricular fibrillation.

“Obviously, we can’t perform surgery every time we need to control one of these devices, which is why they are engineered to allow us to use strong magnets over the chest to control their function,” said Dr. Singh. “So, we began to wonder if the magnet in the iPhone 12 would affect the safe operation of these devices.”

In order to find out if their suspicions were true, Dr. Singh and his colleagues took an iPhone 12 Pro and passed it over the chest of a patient with an implantable defibrillator.

“We were all stunned,” he said. “We had assumed that the magnet would be too weak in a phone to trip the defibrillator’s magnetic switch. “

Alarmed by their discovery, Dr. Singh and his Henry Ford colleagues immediately drafted a manuscript about their findings and submitted it to the medical journal HeartRhythm, which was published last month. The findings got the attention of the U.S. Food and Drug Administration, which regulates medical devices, the Association for the Advancement of Medical Instrumentation, and most notably, Apple itself, which published a warning on its webpage on Jan. 23.

In a notice published on its support page, Apple told users to keep their iPhone 12 models at least six inches from their chest, noting the phones' magnets and radios emit electromagnetic fields that may "interfere" with medical devices like implanted pacemakers and defibrillators. "Though all iPhone 12 models contain more magnets than prior iPhone models, they're not expected to pose a greater risk of magnetic interference to medical devices than prior iPhone models," the notice read. "If you suspect iPhone or any MagSafe accessories are interfering with your medical device, stop using your iPhone or MagSafe accessories."

“We believe our findings have profound implications on a large scale for the people who live daily with these devices, who without thinking, will place their phone in their shirt pocket or upper pocket or their coat – not knowing that it can cause their defibrillator or pacemaker to function in a way that could potentially be lethal.”

Dr. Singh and his colleagues at Henry Ford are preparing to launch a more comprehensive study of all major brands of defibrillators and pacemakers to determine if they are also affected by the strong magnets in the iPhone 12 and other portable devices.

In the meantime, Dr. Singh says anyone with an iPhone 12, or phones with magnetic cases and devices containing magnets should keep it at least six inches away from their chest at all times. Apple has issued the same warning. And the FDA is now conducting its own tests on the risk these magnets pose to defibrillator and pacemaker patients.
Suggested For You