Company’s vice president of Corporate Development and Strategy is filling in until a replacement is found.

Surmodics Inc., a provider of medical device and in-vitro diagnostic technologies to the healthcare industry, announced that Andrew LaFrence has resigned as chief financial officer (CFO). He is succeeded (temporarily) by Vice President of Corporate Development and Strategy Timothy J. Arens, who is serving as interim CFO. LaFrence has agreed to assist in the orderly transition of his CFO responsibilities. His departure is not related to any disagreement with the company’s accounting principles or practices or financial statement disclosures.

“We greatly appreciate the contributions Andy has made during his tenure at Surmodics and wish him the best in his future endeavors,” said Gary Maharaj, president and CEO of Surmodics. “We are pleased to have a strong and deep finance team at Surmodics, including a smooth transition plan with Tim stepping up in the capacity of interim CFO. Tim's experience in various leadership roles at Surmodics, including previous interim CFO, will provide strong leadership for the team as we continue focusing on growth and ongoing improvements in financial and operational performance."

Arens has served in his current role since February 2013. He joined Surmodics in February 2007 as director of Business Development, was named senior director and general manager of the In Vitro Diagnostics business unit in October 2010 and promoted to vice president of Finance and interim CFO in August 2011.

“It has been a privilege to work with such an incredible team at Surmodics,” said LaFrence. “I am leaving for a new endeavor that fulfills a personal life-mission.”

Surmodics is the global leader in surface modification technologies for intravascular medical devices and a leading provider of chemical components for in-vitro diagnostic (IVD) immunoassay tests and microarrays. Surmodics is pursuing highly differentiated whole-product solutions that are designed to address unmet clinical needs for its medical device customers and engineered to the most demanding requirements. This key growth strategy leverages the combination of the company’s expertise in proprietary surface technologies, along with enhanced device design, development and manufacturing capabilities. The company mission remains to improve the detection and treatment of disease. Surmodics is headquartered in Eden Prairie, Minn.
Related Searches
Suggested For You 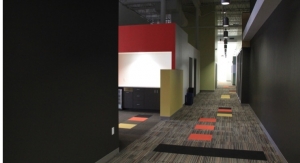 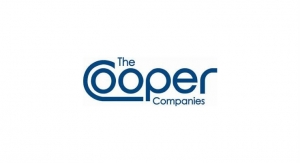 TransMed7 LLC Announces Inaugural Members of its Business Advisory Board