Plymouth, Minnesota – 18th November 2015 - Creganna Medical today announced that it has significantly expanded its operations in Plymouth, Minnesota with the opening of a new state-of-the-art manufacturing facility. The new plant is a custom 100,000 sq. ft. facility that triples Creganna Medical’s existing manufacturing footprint in Minnesota and greatly expands the company’s capacity to serve medical device customers for braid, coil and other minimally invasive device technologies.

Along with a multi-million dollar investment in the development of the new facility, the company expects to hire an additional 50 staff to support ongoing expansion at the site over the next 18 months.

“The opening of this new facility marks an important milestone in our continued global expansion,” commented Chip Hance, CEO, Creganna Medical. “Our investment highlights our commitment to supporting customers served from our Minnesota site as we keep in tandem with their increasing demand for our solutions. As our global Center of Excellence for Structural Heart and Electrophysiology therapies, the expansion of this site also enables Creganna Medical to remain at the forefront of design and manufacturing services for these key growth markets.” The new facility deepens Creganna Medical’s R&D, manufacturing and commercial presence in Minnesota, a critical US cluster for the minimally invasive medical device industry and home to an estimated 700 medical device companies.

“The company’s investment reflects the continued growth in demand for our technologies, the reputation of our Minnesota operations within the global Creganna Medical network and is a testament to the dedication of our local team”, said Brent Anderson, General Manager of Creganna Medical, Plymouth. “We look forward to the future as we scale, provide customers with a wider breadth of solutions and add new talent to our team.”

The 300 person site in Plymouth provides braid, coil and associated technologies for catheter and sheath devices including complex sub-assemblies and components. Coinciding with the site expansion is the addition of expanded engineering capacity to support medical device products from prototyping to high volume commercial manufacturing. To enable rapid response for product development, investment in a dedicated R&D unit has been made, encompassing an independent technical lab, collaborative prototyping zone and support cleanroom.

Located at 5905 Trenton Lane North, Plymouth, the new facility is FDA registered and commenced operations in 2015 having relocated all activities from the company’s previous facility at Xenium Lane North, Plymouth earlier this year. Hiring for new positions to support the expansion continues.

Creganna Medical is ranked among the Top 10 global companies in the medical device outsourcing industry. The company specializes in the design and manufacture of minimally invasive delivery and access devices for a range of therapies. Serving over 400 companies across 30 countries, Creganna Medical’s customers include the world’s leading medical device and life science companies. Headquartered in Galway, Ireland, Creganna Medical has a global operational footprint with design and manufacturing facilities spanning the US, South America, Europe and Asia. 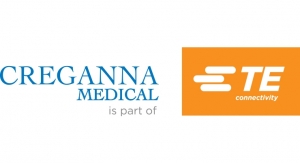