Why Outsourcing Is in: Piecing Out Projects Makes Sense

Getting outside help is a trend both large and small medical device companies are following as outsourcing engineering services continues to gain traction. 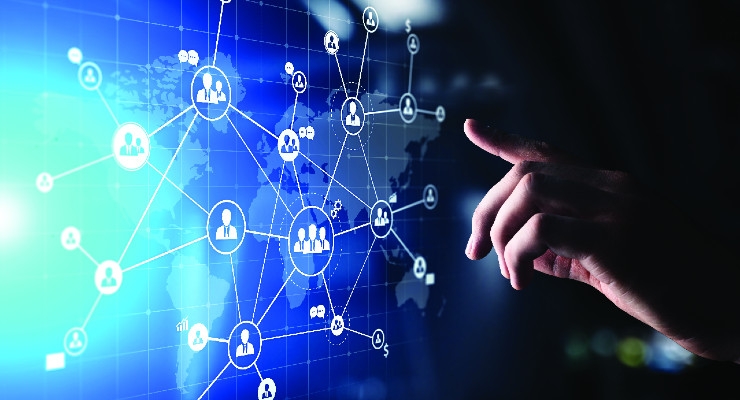 Engineering isn’t just a foundational component of my business, it’s a way of life. I engineer solutions to a wide range of challenges at work, at home, and in personal relationships. It’s more than the degrees I earned or the associations I belong to. It’s an approach to life that comes down to a basic question:

How do I make this better?

Sometimes, that means finding someone else who knows something different or has more resources than I do. I have to be willing to see an issue for what it truly is and accept the limitations I may have related to it.

It’s a trend both large and small medical device companies are following as outsourcing engineering services continues to gain traction.

Jude Paganelli, founder of Cor Medical Ventures Inc., said their company has its roots in the financial crash of 2008, but other market factors have supported a shift to outsourcing.

“Following the economic downturn of 2008 and the medical device tax and the sunshine laws, the traditional sources of capital for early-stage medical device ideas had all but disappeared,” Paganelli said. “As a result, even angel financing became challenging.”

Anyone with the next great idea, whether an individual surgeon or start-up company, faced the same funding issues, he said. Enter a new solution: outsourcing entire projects or the majority of the product development process from idea all the way through FDA clearance and clinical use to cut down on overhead, improve time to market, and make better use of resources.

“Our company was formed right from the beginning as a business accelerator, managing all product development and business needs for physician partners,” he said. “That business model now has expanded to a broader mix of customers. We now also work with corporate partners who are outsourcing product design and regulatory projects.”

Robert “Jay” Jones, owner of Nuzign Concepts LLC, works in a similar capacity, also for a range of clients.

“Engineering to me is everything [related to getting a device to market],” Jones said. “If it’s anything metal that’s going to go into the body, I can do that. Give me your design on a napkin and I’ll get it cleared.”

Outsourcing all or certain parts of device development has clear advantages for the solo inventor or small company, both Paganelli and Jones said. Yes, you pay a higher price per hour than you would a staff member, but you save on overhead. You can also hire out portions of the project on an as-needed basis to keep device development on track.

“I’m kinda like a water faucet,” Jones said. “You turn me on when you need it, you turn me off when you don’t. That’s huge value. When I’m working, I’m working on your project. When I’m done, your spend with me is over.”

Paganelli said the traditional model of raising tens of millions of dollars to launch a new, fully staffed startup with breakthrough medical technology in the works is no longer the norm. He said it’s now more common for a virtual company to partner with his team to develop a product.

“The other big advantage of outsourcing to startups, because it can be a la carte, is that you can focus on immediate risks and postpone other expenditures,” he said, citing the example of a client that needed to first have a clear regulatory path before developing a new device. “Product development work was always on the horizon and going to be necessary, but because it’s a combination drug device project, understanding the FDA requirements was the bulk of the work for the first couple of years.”

That particular company had no full-time employees until the regulatory path was clear and clinical trials had started, he said. It’s a good example of how outsourcing enables the innovator to pick the smartest, fastest path to market and minimize costs that can put a company out of business before it can launch its first product.

“The long-term burn rate can kill a startup,” Paganelli said. “Running out of money is the single most frequent reason for small businesses to fail. By outsourcing R&D, our partners are able to pay for what they need, when they need it.”

You also tend to get a wider and deeper scope of knowledge from a seasoned consultant than you get from a new hire, Jones said.

“It’s a wealth of experience typically when you’re hiring somebody like me,” he said. “You don’t have to educate me. In fact, I’m probably going to educate you. It’s going to be very efficient with respect to understanding what you want to achieve. As a result, I’m not going to be nearly as iterative as the young guys right out of college. I bet I can get it right in about two prototype rounds, maybe three. A lot of it is efficiency and speed.”

Larger companies are also increasingly farming out aspects of product development. For companies in M&A mode, progress on new products typically slows dramatically as the state of business shifts with name and personnel changes. For the past two years, we’ve also seen a shift of internal resources to focus on keeping existing devices current with the upcoming medical device regulation changes for the European market. That pulls talent away from product development.

Jones said when larger companies come to him, it’s often because their internal team has hit a wall.

“They never bring me the easy stuff,” he said. “I always get the hard, nightmare stuff. Usually they come to me with the stuff they don’t have the skillset to do, but they have a real need for it.”

Because large companies focus on continued growth, they’re on the lookout for better, quicker ways to expand product lines and services, Paganelli said.

“We believe that for the large medical device companies, the landscape is shifting rapidly at the moment,” Paganelli said. “On any given project, on any given corner, companies have frequently outsourced some aspect of product development to fill programmatic gaps. Since our founding in 2013, there’s been a steady shift to outsourcing entire projects.”

Whether that’s due to budget constraints, staffing issues, the after-effects of a merger, or other reasons, larger companies continue to partner with Cor Medical Ventures to help them get devices cleared, he said. New devices are foundational to overall corporate growth, and outsourcing entire projects speeds time to market and focuses internal resources on larger corporate objectives, he said.

“It’s a question of scale for large corporate partners,” Paganelli said. “Every project will touch on all the resources of the organization. [Individual projects] can become inefficient or distracting for higher priorities of the company. It’s not just a dollar decision of did they get it done faster or cheaper, but were they were able to outsource it and allow their team to focus on their highest priorities?”

Dawn Lissy is a biomedical engineer, entrepreneur, and innovator. Since 1998, the Empirical family of companies (Empirical Testing Corp., Empirical Consulting LLC, and Empirical Machine LLC) has operated under Lissy’s direction. Empirical offers the full range of regulatory and quality systems consulting, testing, small batch and prototype manufacturing, and validations services to bring a medical device to market. Empirical is very active within standards development organization ASTM International and has one of the widest scopes of test methods of any accredited independent lab in the United States. Because Lissy was a member of the U.S. Food and Drug Administration’s Entrepreneur-in-Residence program, she has first-hand, in-depth knowledge of the regulatory landscape. Lissy holds an inventor patent for the Stackable Cage System for corpectomy and vertebrectomy. Her M.S. in biomedical engineering is from The University of Akron, Ohio.
Related Searches
Related Knowledge Center