A Peek at Healthcare's Future 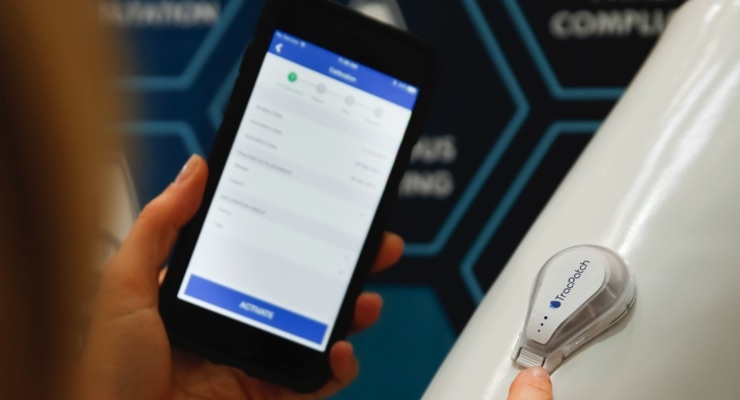 Smart patches are currently one of the most important topics in the field of wearable technologies. Image courtesy of Messe Düsseldorf.

Medica has grown tremendously since its humble beginnings in 1969, progressing steadily over the last four and a half decades to become the world’s leading trade fair for healthcare professionals.

Technology showcased at the event has undergone an incredible transformation as well. In recent years, the Medica show floor has dedicated ample space to digital health solutions, with innovations such as virtual reality (VR) headsets and smartphone- enabled devices peppered throughout the gargantuan 18-hall fairgrounds.

Some of the digital novelties on display last week at Medica 2017 (held Nov. 13-16 in Düsseldorf, Germany) included:

SmartVia: Systematic Exercise
humotion of Münster, Germany, was one of 16 companies in the first-ever Start-Up Park, housed in Hall 15. The company's textile-integrated sensor system captures the movement of patients as a whole based on the range and extent of their movements. The condition of people with an orthopedic condition or limited physical ability can be determined using tools such as physiotherapeutic tests or assessments. The parameters captured by SmartVia are compared to each other in various ways and provide information about the symmetry, regularity, and harmony of movement. These variables show a holistic, objective assessment of a patient's health and helps physicians and therapists in their daily work.

Another an Eye on Health
"Alexa, how many steps did I take today?" "Alexa, warm up my bed." In the future, the Cloud-based voice service Alexa (from Amazon), in combination with Beurer's health products program, will also provide answers to personal health questions or initiate certain actions. In regard to heated mattress pads, for example, Alexa will be linked to the health management system "beurer HealthManager," the "beurer CozyNight" app, and the corresponding mattress pad. "Alexa, heat my bed for two hours" is one of the commands the system can immediately implement.

Microscope of the Future
Within the framework of the research project 3DInMed (of the Federal Ministry of Economy), Fraunhofer researchers have developed a digital stereo surgical microscope called Ariscope that can carry out intraoperative measurements with improved accuracy. This makes it possible to conduct precise measurements for middle ear prostheses for the first time. In addition, a method has been developed which greatly simplifies cartilage trimming for eardrum closure: The relevant surface is virtually marked in the situs using a marked instrument under a microscopic view. This surface can then be displayed again via augmented reality (AR) in the binoculars when cutting the body's material. In this project, ARRI is providing the hardware and Fraunhofer HHI is providing the algorithms for image analysis.

Ultrasound To Go
Philips N.V.'s mobile app-based ultrasound solution is a first in the industry, and is currently available on the German market. Lumify makes it possible for the user to carry out basic sonography anytime and anywhere in order to quickly set the course for further treatment. The entire hardware of the system is inside the USB ultrasonic probe. Putting it into operation is simple: The user launches the free Lumfiy app (from Google Play) on their smartphone or tablet, connects the probe to the mobile device using a USB cable and then starts the examination. Particularly in preclinical emergency medicine on site, mobile sonography is something that makes sense to add to the service spectrum, since its results can have immediate consequences for therapy, prognosis, and length of stay. The probe portfolio has recently been expanded to include "sector probe S4-1," which now also enables cardiac imaging with Lumify. Traditionally, cardiology is a discipline that places special demands on sonography.

Virtual Flying With Training Impact
Sitting too long and getting too little exercise in general leads to the weakening of muscles and back problems in particular. A number of different muscle groups can be trained in a playful way with the Icaros training device in combination with virtual reality glasses. It works in a very basic way. While the patient lies on his or her stomach on the training device, a flight through a mountain landscape is shown on the VR glasses. With corresponding movements on the therapy device, the patient traces the virtual trajectory with the movements desired for the training effect. The device (selling for slightly less than 8,000 euros) is particularly suited for use in medical rehabilitation or fitness centers.

Predicting Epileptic Seizures
TJay from Terra Blue XT is a glove with sensors that can be used to diagnose epilepsy and predict seizures. The sensors detect signals from the palm of the hand, which are continuously measured, evaluated, and forwarded to the Cloud. Health indicators such as skin conductivity, muscle tone, heart rate, heart rate variability, blood pressure trends, respiration, oxygen saturation, temperature, and movement are recorded. The evaluation of this information allows seizures to be predicted for certain types of epilepsy, and doctors can access relevant data for their diagnoses.

Alleviating Depression and Tracking Wound Healing
South Korean firm Ybrain has developed a headset that can alleviate depression by means of a minimal electric shock. The company is also researching an application for Alzheimer's patients. TracPatch, meanwhile, has invented an intelligent patch that monitors the wound healing process by temperature measurement. Irregularities are immediately communicated to the patient or doctor via app. In addition, the activity of the patient can be recorded, and messages that provide motivation to exercise more can be provided on a smartphone. Smart patches are currently one of the most important topics in the field of wearable technologies.