Product is designed to help surgeons improve performance and outcomes during range of procedures. 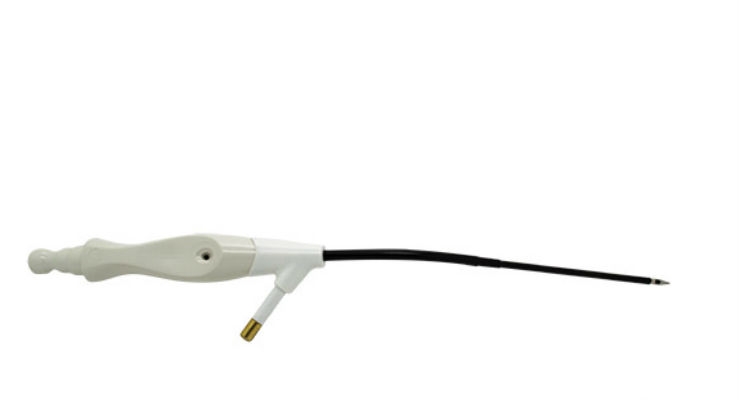 The device improves visibility at the surgical site during submucosal diathermy (SMD), turbinectomy, and breast surgery. It offers a combination of precise cauterization and targeted suction, helping to remove surgically-generated smoke and reduce the risks associated with reprocessing a reusable monopolar device.

Surgical smoke is a comparatively recent problem, because the methods used to dissect tissue and stem blood flow during surgery have evolved as the associated technology has changed, according to a blog on Single-Use Surgical's website. As a result, perioperative professionals and patients are routinely exposed to surgical smoke, plumes and aerosols produced by instruments used to dissect tissue and provide haemostasis. Surgical devices that can produce surgical smoke as a byproduct include lasers, electrosurgical units, ultrasonic units, cautery units, and high-speed drills and burrs. In summary, anything that produces heat can produce smoke or aerosols, and smoke- and aerosol-generating procedures can in turn pose health risks.

Surgical smoke is now part of the patient-care environment wherever surgical and invasive procedures are undertaken. It has been described as part of the ‘chemical soup’ that is present during the care of perioperative patients. Consequently, the air quality in operating rooms around the world has been a concern for over three decades. In one study examining surgical smoke generated during plastic surgery procedures, it was found that the smoke produced in one day was equivalent to 27 to 30 cigarettes.

Single Use Surgical was established in 2001 as a direct response to U.K. hospitals’ concerns over the cleaning practices involving fine lumen instruments, and the high risk of cross contamination it posed between patients.

Since then, the company has developed a range of high-quality and specialist single-use suctions capturing the same look, feel and functionality as the reusable equivalent. The suctions have been well-received globally and the company’s customer base continues to grow rapidly in many markets around the world.

Unlike many other disposable instruments, Single Use Surgical manufactures its products with stainless steel tubes rather than aluminium; a factor that has helped it become a leading single-use medical device specialist. The company's range spans into many specialities including ENT (ear, nose, throat), head and neck, gynaecology, laparoscopy, general and vascular surgery.

"The launch of this device means there is no need for separate suction," Export Manager Michael Denver, said. "This prevents crowding the surgical site in smaller, harder to reach areas. It also offers targeted and effective smoke extraction and being single-use, means it reduces the risks associated with cross contamination and unintentional patient burns from damaged insulation.”