Sing Me a Memory: A Digital Music Therapeutic for Dementia

Musical Health Technologies develops products based on growing scientific evidence that music can be a potent tool to treat Alzheimer’s and dementia. 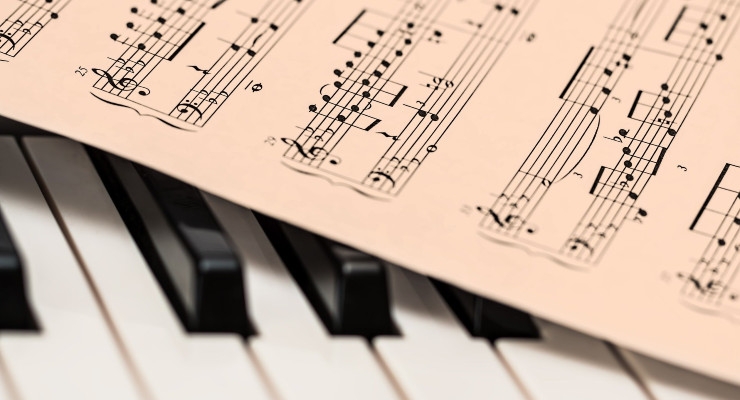 Music therapist Andy Tubman prepares to lead a group of 10 seniors to sing “America the Beautiful” in a West Los Angeles daycare center. “Listen for the words,” he advises, pointing to his ear as the music begins.

The group begins hesitantly at first because they are all afflicted with some form of cognitive decline. But with Tubman’s encouragement, most of the group are belting the familiar melody. “Oh, my goodness, you’re singers!” he exclaims as the singers reach the high notes of “above the fruited plain.”

The track they’re singing along to also has the unique feature of a calm male voice speaking the lyrics before it’s sung. This is especially helpful during the song’s rarely heard second verse, “O beautiful for patriot dream, that sees beyond the years.” However, even recalling the first verse of “America the Beautiful” can be challenging for those with advanced Alzheimer’s disease or dementia. This is why the spoken word prompts have been built into the therapeutic music program SingFit, which was developed by Tubman’s company Musical Health Technologies.

Tubman and his sister, Rachel Francine, founded the company in 2012. Musical Health Technologies develops products based on growing scientific evidence that music can be a potent tool to treat Alzheimer’s and dementia. “To be able to express a song, you’re literally capitalizing on the whole brain,” Tubman told Billboard in an April interview. “Language centers, timing centers, motor centers, planning centers—you get this whole brain exercise.”

A 2018 U.K. Utley Foundation report1 strongly supported a musical therapy approach for Alzheimer’s and dementia treatment. According to the report, brain regions associated with musical memory may overlap with regions that are somewhat spared in Alzheimer’s. Even if dementia has badly affected certain areas of the brain, patients might still be able to understand and enjoy music because music is multi-dimensional and underpinned by widespread cortical plasticity. The report also found music therapy might help to minimize agitation associated with dementia, tackle anxiety and depression, retain speech and language, enhance quality of life, help caregivers better understand residents, and minimize anxiety and discomfort during end of life care.

“Medical researchers are rapidly unraveling the science behind why music is medicine—more than 140 scientific papers support the use of therapeutic music,” Francine told the press in early January. “However, with only 7,000 music therapists certified to practice in the United States and less than 200 in the U.K., access to these benefits has always been highly limited. We are honored to be helping lead the charge, so that everyone who can benefit from therapeutic music has access to this innovative solution.”

SingFit Prime, Musical Health Technologies’ flagship product, is used over 1.2 million times a year at long-term care facilities across 35 states, according to the company. The next-generation form of the digital health therapeutic, SingFit Studio, was introduced at this year’s Consumer Electronics Show (CES). Scheduled for public availability in the middle of this year, it is intended to be more flexible, as well as adaptable, for a larger variety of conditions and users. SingFit Studio will also feature one-to-one dementia care and modules for breathing disorders and post-stroke speech rehab.

Using a library of classic hits like “Over the Rainbow” and “Blueberry Hill” to keep seniors engaged and singing, SingFit is a turnkey, music therapist-designed, cognitive and physical stimulation program. It incorporates singing, movement, and reminiscence to provide fully engaging mind/body workouts. No reading is necessary—everything is completely auditory to support those with a vision or cognitive impairment. The volume of spoken lyric reminders and accompanying vocals can be adjusted to suit preferences. If they know the song well, they can sing unassisted. If there is some trouble remembering, lyric reminders and backing vocals help keep the experience fun.

SingFit also provides eldercare centers training for facilitators, props, and detailed workbooks for each music session. The facilitator follows each session step by step to introduce every song, add trivia and commentary to encourage discussion, and adjust difficulty level per the group’s response.

For example, during and between songs, Tubman encourages the seniors to finish his sentences. After “America the Beautiful,” he introduces the next song with clues: It’s a city to the north of Los Angeles, with a famous bridge. “I Left My Heart In…” he begins. “San Francisco!” a few participants call out. All of this session’s songs are based on a geographical theme, with other songs like “When the Saints Go Marching In,” “Tennessee Waltz,” and “Irish Eyes Are Smiling” in the mix. The theme can help people stay on task more effectively. Other SingFit curricula might include pets, holidays, or the outdoors.

There’s still a lot of clinical work to be done before music’s effect on Alzheimer’s is fully understood and how best to utilize music therapeutics within the community. It’s not a cure, and nothing yet can change the disease’s course. But music has the potential to improve quality of life for those with the disease, and possibly mitigate its long-term effects.