U.S. may represent the preferred route to market with regulatory changes elsewhere in the world, like the EU's MDR. 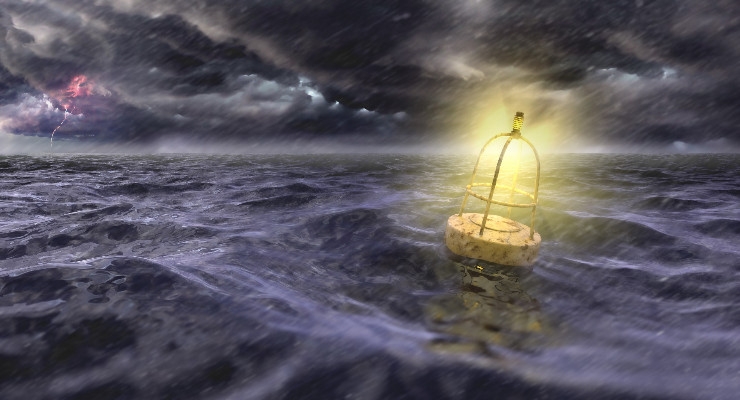 My last column was a bit of a downer. I wrote about all the concerns I have with the changes coming from the European Medical Device Regulation (MDR) set to take effect in May 2020. (Spoiler alert—there were many.) While I still hold the opinion that the effects of MDR will leave our industry FUBAR across the pond, I’m now focusing on the bright side here in the United States, where the forecast for medical device developers is considerably brighter.

Political winds have shifted. In 2013, the medical device tax sent some major players running to Europe to avoid the 2.3 percent up-front revenue tax. That tax has been repeatedly suspended by U.S. Congress, and the current bill to repeal it has rare bipartisan support.

There are other factors that make for a more inviting environment for the medical device industry in the United States. The U.S. Food and Drug Administration (FDA) seems to recognize America is in line to receive the overflow from companies that won’t receive CE marks under MDR.

My colleague Meredith May, vice president of Empirical Consulting, is my go-to source on all things regulatory. Based on what we’re seeing in the industry, we predict a significant shift in how devices are developing on the global stage. Clients that would typically work to obtain a CE mark before a 510(k) are now taking the opposite approach.

“MDR is disrupting the EU market and much of the world,” she said. “Pre-MDR, it was faster to get a device into the EU market because the review process was controlled by [the developer]. All you had to prove was safety. In the U.S., we have to prove safety, efficacy, and substantial equivalent.”

“It used to be really easy—you might have to have clinical trials in the U.S., but it was almost guaranteed you didn’t need it in the EU. Now it’s more likely you’ll need clinical investigation in Europe than in the U.S.”

That means higher costs and more time, perhaps two to three times longer, to meet MDR requirements than a 510(k).

“Your Class II device likely will not require clinical trials and investigation, which can cost anywhere from about $300,000 to about $2 million and take an extra nine months to five years depending on your end points,” May said. “No startups that I know of could manage that. That’s a huge financial and resource burden for startups.”

That’s assuming you can find a notified body certified under MDR. Currently, only three of 58 European notified bodies are certified, and they’ve stopped taking new applications for CE marks due to the backlog of companies trying to renew their CE marks before May 2020. But FDA is up to date and moving forward with new 510(k)s. They’re also consistently releasing guidance documents, something MDR has yet to begin.

“Even if you are trying to stick it out in Europe, you won’t know how to do that,” May said.

Another FDA effort to speed the path to market: the Payor Communication Task Force. The program to facilitate early conversations with insurance companies and others is not a new resource—it launched in 2014. But it’s now generating more momentum and buy-in from developers wanting to be better positioned for having a device not just cleared for use in the patient, but also blessed for coverage by insurance companies.

It seems like a no-brainer: If the FDA says a device is safe, it should be a viable treatment option. But the bar is different. FDA wants proof that a device is safe and effective. Payors want to know a device improves health outcomes and is reasonable and necessary for their beneficiaries. These different payor standards may require different data from what the FDA reviewed, which can result in limited or no coverage after a company or innovator has spent substantial time and money to earn FDA approval or clearance.

To further complicate the issue, a device may earn national and/or local coverage, meaning your hometown hospital may not cover the same devices as the Mayo Clinic. Again, this comes back to different data sets and expectations that can add time and cost to the development timeline if they’re not addressed early on.

The Payor Communication Task Force facilitates conversations about data development, and the innovator may choose to incorporate payor suggestions into a device’s development plan. Rather than adding time and cost after marketing approval is obtained from FDA, device developers who work with the task force get suggested parameters and recommendations from payors to better position their device for reimbursement once it’s cleared or approved by FDA.

It’s yet another example of how FDA is working to support patient access to innovative medical devices and for device developers, which we’re just not seeing in Europe right now.

I remain hopeful the EU will come up with solutions for the current backlog and better processes for the future. Until then, we’re working to keep up with the market shift and do our part to support our industry. I trust that bright minds and commitment to best patient outcomes will eventually prevail, but hope that happens before May 2020.

Dawn Lissy is a biomedical engineer, entrepreneur, and innovator. Since 1998, the Empirical family of companies (Empirical Testing Corp., Empirical Consulting LLC, and Empirical Machine, LLC) has operated under Lissy’s direction. Empirical offers the full range of regulatory and quality systems consulting, testing, small batch and prototype manufacturing, and validations services to bring a medical device to market. Empirical is very active within standards development organization ASTM International and has one of the widest scopes of test methods of any accredited independent lab in the United States. Because Lissy was a member of the U.S. Food and Drug Administration’s Entrepreneur-in-Residence program, she has first-hand, in-depth knowledge of the regulatory landscape. Lissy holds an inventor patent for the Stackable Cage System for corpectomy and vertebrectomy. Her M.S. in biomedical engineering is from The University of Akron, Ohio.
Related Searches