Fake It Until You Make It: Comments on the Theranos Documentary 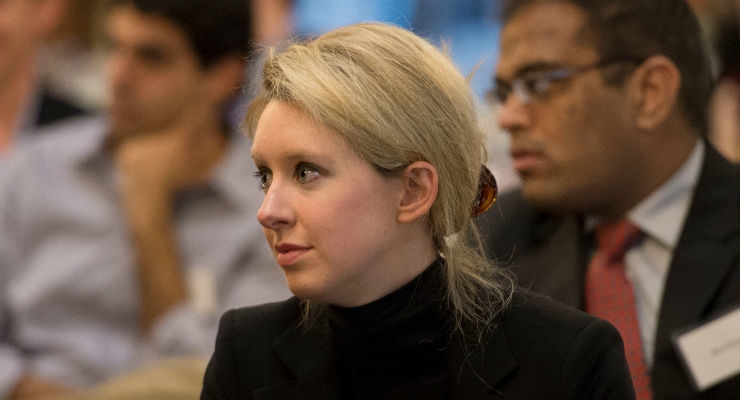 Anyone who has already seen the documentary running on HBO, “The Inventor: Out for Blood in Silicon Valley,” will likely recognize the phrase I used as the headline for this issue’s Letter. While it’s not new or unique to that film in any way, it certainly resonates with the story the movie tells and is even repeated several times during the two-hour presentation. The “Inventor” referred to in the title is Elizabeth Holmes, founder of Theranos, and the film presents the rise and fall of both her and her company.

If you’re like me, your introduction to both the company and Elizabeth was in 2014 when she spoke at a TED Talk event and championed the call for all patients to have access to their health information. Her presentation style, piercing stare, and wardrobe selection immediately drew my attention, but the content of her message was what really intrigued me. Holmes spoke of a technology she was developing that would enable over 200 tests to be run on a single drop of blood. Of course, no proprietary information regarding the system was shared during this presentation, nor how the company was able to achieve such dramatic results. Rather, Holmes appealed to viewers’ emotions in her tale of her quest for a much better alternative to the current level of diagnostic capabilities our modern-day healthcare system was providing.

Unfortunately, as has since been revealed and is well presented in the documentary, it was all hogwash. The “content” of her message was nothing more than a carefully worded “elevator pitch” to tug at the heartstrings of the TED Talk audience, just as she did when speaking with potential investors or business partners who were enamored with Holmes.

Monday morning quarterbacks across the web now look back at Holmes’  TED Talk or numerous cover story interviews that appeared in major magazines during her rise and claim it should have been easy to see there was an issue with the tale she was telling. But as can be seen in the documentary, Holmes fooled many people, including major players in politics, healthcare, and technology. The Theranos Board of Directors was a venerable who’s who list of influencers in government, including retired USMC General James Mattis, former U.S. Secretary of State Henry Kissinger, and former U.S. Secretary of State George P. Shultz. Convincing people of that pedigree to buy into what you’re selling would make even the most seasoned con artists jealous. Holmes apparently had a gift (or knew exactly how to manufacture an image to accomplish her goals).

For anyone who has followed the Theranos story, especially as things began to fall apart, the documentary won’t present anything too shocking. That said, there were still elements that raised an eyebrow while I watched. For example, the type of people Holmes convinced was quite a surprise to me. The aforementioned members of the Theranos Board were all accomplished and boasted impressive resumes. Early investors included high level executives from software and technology giants, including Apple and Oracle. Holmes was able to partner her company with Walgreens in an effort to open wellness centers at the pharmacy chain, enabling patients to come in and order their own blood tests a la carte, without company representatives ever actually seeing the Edison work. (Edison was the name given to the Theranos diagnostic system.)

When speaking with financial-minded members of the medtech community, I had previously heard the story of Theranos wasn’t a cautionary tale for typical healthcare investors. Rather, it was an example of financial backers who were not traditionally involved in the medtech space not understanding the due diligence required for this industry. They bought into Holmes, and never questioned the actual technology. Now, the documentary does tell of efforts taken to deliberately deceive some investors who were getting a demonstration of the technology, but many simply believed in Holmes and took her at her word. Unfortunately, a mistake that proved costly for many.

After viewing the documentary, I did come away with one major question that will likely go unanswered. That is, was Holmes’ intent always to deceive or were her actions based in a real interest in serving the greater good and offering a more effective alternative to patients interested in gaining insight into their own health? Was Holmes trying to “fake it” until she actually figured out how to “make it”? Did she set a goal so high as to inspire those around her to drive relentlessly until it was achieved?

Undoubtedly, every person will have their own answer to those questions. For me personally, I’m still on the fence. I want to believe her intentions were good, but it’s fairly obvious that once she saw the challenges in accomplishing her goal, she decided to be deceitful up until she was essentially forced out of the industry.

Hopefully, her goal will be achieved one day by someone with a better set of scruples.