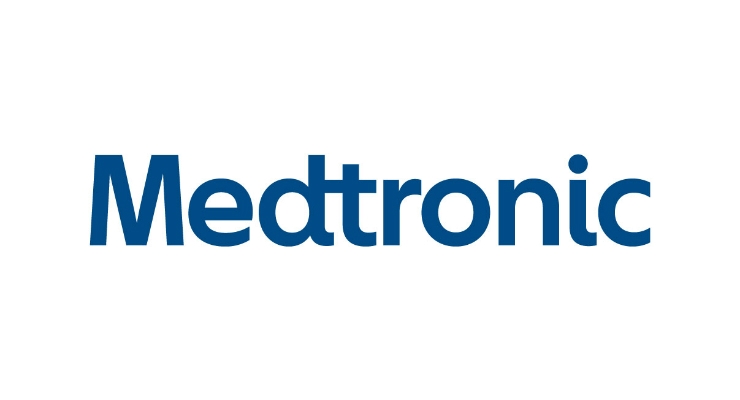 Medtronic’s 2021 fiscal period marked quite the debut for its new CEO. Although taking a spot on the Board of Directors in November 2019, the firm’s latest fiscal (which began April 27, 2020) marked Geoff Martha’s first full 12-month recorded financial period at the helm of the world’s largest medical device manufacturer.

Not only did he help the organization navigate the challenges brought on by a worldwide pandemic, but Martha also steered the company to revenues of over $30 billion for only the second time in its history. More impressive still, that final tally came after a 13 percent decrease in Q1 and a 1 percent drop in Q2 when compared to the same periods during its 2020 fiscal.

Perhaps a beneficiary of the unusual timeframe the firm uses for its fiscal year (a nod to its founding; always ends on the last Friday of April), the organization saw a return of pre-COVID level sales during its fourth quarter, which rose an astounding 37 percent over the prior year.

“We reported a strong end to our fiscal year, with our fourth quarter results demonstrating continued momentum. Our recovery improved throughout the quarter, with most of our markets returning to near normal, pre-COVID growth rates,” said Martha. “In addition to supporting our employees, customers, and communities during the pandemic, we accomplished important milestones, including launching new products, investing in our pipeline, and changing our operating model, just to name a few. As we look ahead, these actions set us up to drive accelerated revenue growth in the year ahead and over the long term.”

Once the dust settled, Big Blue found itself with revenues 4 percent higher than the previous fiscal. The rise saw the company’s coffers grow from $28.91 billion in 2020 to $30.12 billion in 2021.

Many of those units saw increases year-over-year in net sales. Cardiovascular, consistently Medtronic’s largest portfolio, gained 3 percent as it went from $10.47 billion to $10.77 billion. Within that segment, Cardiac Rhythm & Heart Failure topped sales totals (as well as throughout the company among all sub-segments). It also enjoyed the second largest percentage gain companywide at 9 percent. The segment contributed $5.58 billion (vs. $5.14 billion in 2020) to the company’s total sales.

The other two segments of Cardiovascular, unfortunately, did not see near the success. Structural Heart & Aortic was flat against the previous fiscal, finishing at $2.83 billion (a decrease of only $8 million compared to the prior year). Coronary & Peripheral Vascular, on the other hand, saw a loss of 5 percent (the largest in the company), falling from $2.49 billion to $2.35 billion.

Medical Surgical, the second largest portfolio, tallied $8.74 billion in 2021’s fiscal, up 5 percent from $8.35 billion. Comprising that business is Surgical Innovations, which was the only sub-segment that experienced a loss compared to the prior year, and Respiratory, Gastrointestinal, & Renal, which had the highest percentage gain of all divisions at 16 percent. Translated to real figures, Surgical Innovations shrank from $5.51 billion to $5.44 billion. Conversely, Respiratory, Gastrointestinal, & Renal ballooned from $2.84 billion to $3.30 billion.

Just behind that segment in total revenue was Medtronic’s Neuroscience portfolio, which enjoyed 6 percent growth ($7.73 billion to $8.20 billion). Cranial & Spinal Technologies reported the highest dollar revenue contribution at $4.29 billion (compared to $4.08 billion in 2020), but that reflected the lowest percentage increase at 5 percent within the segment. Specialty Therapies and Neuromodulation both achieved a 7 percent gain, finishing at $2.31 billion (versus $2.15 billion) and $1.60 billion (versus $1.50 billion) respectively.

Diabetes enjoyed a modest 2 percent rise over the previous period, going from $2.37 billion to $2.41 billion.

In addition to the aforementioned operating model changes, Medtronic also saw some revisions at its upper leadership level. In an expected move, former CEO Omar Ishrak continued his separation from the medtech giant with the announcement that he would retire from his position as executive chairman and chairman of the board on Dec. 11, 2020.

"I am excited about the future of the company, and I am certain that under Geoff's leadership and the collective guidance of the Board of Directors, Medtronic will reach new heights," said Ishrak. "The Medtronic Mission provides the company with a true and genuine sense of purpose, which the leadership of the company has followed diligently for over 60 years. I know that continued adherence to the guiding principles embodied in the six tenets of the Mission will ensure long-term success."

Also in December 2020, it was announced Sean Salmon, executive vice president and president of Diabetes, would serve double duty as he took on the role of president of Cardiovascular. The position became vacant upon the departure of its former president, Mike Coyle, who left at the end of the year. Coyle went to iRhythm to serve as its CEO, but left after only five months into the job, citing personal reasons for his exit. Whether Salmon will remain as the head of both segments remains to be seen.

As always seems to be the case with Medtronic, the changes didn’t stop there. The company made several strategic acquisitions to help strengthen its offerings in key areas. In July 2020, the organization announced it would purchase Medicrea for 7 euros per share (or approximately 139 million euros/$158 million). The transaction, which was finalized in November 2020, brought more than 30 510(k)-cleared or CE marked implant technologies utilized in spinal surgeries for adult deformity, pediatric deformity and degenerative disease to Medtronic. The deal was also expected to enhance Medtronic’s artificial intelligence and robotic surgery capabilities for spine procedures.

A month after the initial announcement of that agreement, Medtronic declared it was agreeing to terms that would bring Companion Medical into the fold. As manufacturer of the InPen, Companion offered the only U.S. FDA-cleared smart insulin pen system paired with an integrated diabetes management app on the market. According to a company statement, the acquisition of Companion Medical builds upon prior Medtronic strategic acquisitions, including Nutrino and Klue, that form the building blocks to design powerful algorithms leveraging the company’s deep data science and AI capabilities.

Wrapping up the trifecta of monthly M&A announcements, at the end of September, it was revealed that Avenu Medical would join the organization. Based in San Juan Capistrano, Calif., Avenu is focused on the endovascular (minimally invasive) creation of arteriovenous fistulae (AV) for patients with end-stage renal disease undergoing dialysis. Its Ellipsys Vascular Access System is a single-catheter, ultrasound-guided device that inserts a catheter percutaneously into the arm to create a durable AV fistula. The procedure is performed in the hospital outpatient department, ambulatory surgery center, or physician's office. The device has been granted a CE mark and is FDA cleared.

When it wasn’t growing through a purchase, Medtronic still expanded its reach with strategic partnerships. One such arrangement made headlines as it addressed the need for ventilators during the COVID-19 pandemic. Like other medtech giants who coupled with non-traditional manufacturers to enhance its total production capabilities, Medtronic paired up with Foxconn Technology Group so the latter could produce Puritan Bennett 560 (PB560) ventilators in the U.S.

Vafa Jamali, senior vice president and president of the Respiratory, Gastrointestinal and Informatics business, said in June, “No single company can meet the current demands for ventilators that are critical in the fight against COVID-19. Joining together with Foxconn immediately increases our production capacity to meet the increased demand and creates a flexible manufacturing model for us.”

The two companies connected after Medtronic publicly shared the design specifications for the PB560 through the Medtronic ventilator open source initiative, which launched earlier in 2020.

In another arrangement, Medtronic partnered with Surgical Theater to allow an interface between the latter’s SyncAR augmented reality (AR) and Medtronic's StealthStation S8 surgical navigation system. The end result is expected to enable neurosurgeons to use AR technology in real-time to enhance visualization during complex cranial procedures. Using fighter-jet simulation technology, the SyncAR platform allows surgeons to visualize structures in the brain, test virtual surgical tools, and plan surgeries before entering the operating room.

With a focus on future diabetes technologies, Blackstone Life Sciences—a private, global investment platform with capabilities to invest across the lifecycle of companies and products within the key life science sectors—invested $337 million in Medtronic. Under terms of the agreement, Medtronic will receive up to $337 million in funding over the next several years to fund four identified Diabetes R&D programs, which were not disclosed. Medtronic’s engineering, clinical, and regulatory teams will perform the development work to activate these programs. The funding received will be equal to the R&D expenses incurred. If successfully commercialized, Medtronic will pay royalties, which are expected to be in the low- to mid-single digit range as a percentage of sales.

Jumping to the robotic surgical space, Titan Medical announced it had entered into development and license agreements with Medtronic. The agreements provided for the development of robotic-assisted surgical technologies for use by both Titan and Medtronic in their respective businesses. Titan would receive a series of payments totaling up to $31 million for Medtronic’s license to such technologies, as technology milestones were completed and verified.

In still another unique pairing, Medtronic and The Foundry, a medical device company incubator, announced they had established a parternship that went back to mid-2017. This arrangement was established to invest in and create a company with the goal of developing an innovative transcatheter mitral repair technology (TMVr). The arrangement provided for structured investment tranches from both Medtronic and The Foundry and included an exclusive right for Medtronic to acquire the resulting company, Half Moon Medical. In 2020, Half Moon received U.S. FDA approval of an early feasibility study in patients with severe, symptomatic mitral regurgitation and expected first implants soon after the announcement.

Eliminating challenges around patent legalities, Medtronic and Tandem Diabetes Care Inc. entered into a non-exclusive patent cross-license agreement for certain technologies in the field of diabetes. Cross-licensing each other’s patent portfolios would enable both companies to focus on helping people with diabetes through innovation of future products and services, while avoiding the distraction of potential legal disagreements.

In order to address cybersecurity concerns with its pacemakers, Medtronic sought help from Sternum, an IOT cybersecurity startup out of Israel. The company, which had already helped secure approximately 100,000 of Medtronic’s devices by mid-April 2021, noted the cybersecurity issue was with the remote system used to update the devices. The solution involves an autonomous security system that provides protection without the need for updates or patches.

Medtronic also issued a bevy of product news releases on regulatory approvals and clearances as well as market launches. Following are a number of Big Blue’s announcements.