“The world of molecules—our passion is to understand and harness them...”
— Bayer AG corporate video

There’s one at every party. Bayer AG executives had barely started planning the company’s 150th anniversary fete last year when the first gifts and guests arrived—unfashionably early. Leading the mob of initial well-wishers was former Apollo 11 astronaut Buzz Aldrin, the first human to successfully work in space (during extra-vehicular activity) and the second person to walk on the moon. His gift to the multinational? A testimonial to the most ubiquitous of Bayer products, which bigwigs used in a celebratory corporate video marking the sesquicentennial of its creation.

“We were human eyes looking from the surface of another object and…just inside it gave a different feeling of the fragility of what we were looking at on earth,” Aldrin said in the video, posted earlier this year to the company’s website. “We didn’t really know whether the technology, the materials could stand the extreme condition of outer space. Even the astronauts who were going to be exposed to these extreme conditions for the entire mission, but we knew we had aspirin on board and that was one thing we could count on.”

Dependability has been a cornerstone of Bayer’s corporate philosophy virtually since its Aug. 1, 1863, founding by German businessman Friedrich Bayer and dyer Johann Friedrich Weskott. Throughout its history, the pharmaceutical/chemical giant has tempered that trust with science to develop products that improve the quality of life both here on terra firma and in the heavens.
Last year, that mix gave new hope to those suffering from wet age-related macular degeneration, advanced colorectal cancer and high blood pressure. It also produced a most apropos (albeit early) anniversary gift of record sales and potent stock growth: Revenue jumped 8.8 percent to 39.8 billion euros ($52.5 billion) and per-share dividend value swelled 15.2 percent to 1.90 euros ($2.51). Net income was flat at 2.4 billion euros ($3.2 billion) but EBITDA (earnings before interest, taxes, depreciation and amortization) climbed 8.8 percent to 8.3 billion euros ($10.9 billion), thanks largely to positive foreign exchange rates.

“The rapid growth of our business in the BRIC countries—Brazil, Russia, India and China—continued, with sales rising well over 10 percent in some cases,” Bayer CEO and Management Board Chairman Marijn Dekkers, Ph.D., told shareholders in the company’s 2012 annual report. “That means our investments there, especially for marketing our products and building our workforce, are paying off.”

Fueling the growth in Contour product sales was a study released last year that proved the XT model exceeds the accuracy requirements established by ISO 15197:2003 section 7. Designed to work exclusively with Contour Next strips, the XT meter incorporates technology that evaluates a single sample seven times for accuracy and individualized blood glucose target ranges. The XT device also provides users with a choice of functions for their individual needs: level 1 testing for those requiring only basic testing and accuracy, and level 2 testing for patients who want more data and a detailed analysis of their results. Information gleaned from level 2 testing can help patients better understand the ways food can affect their blood sugar levels.

Also stoking the gains in Contour device sales was the “Excellence across Borders” program Bayer launched last April in Dubai, United Arab Emirates (UAE). The initiative is designed to improve diabetes care by building a central network of experts in Middle Eastern, North African and European countries where the disease is most prevalent. Though extensive knowledge exists on managing the disease, some countries do not benefit from current options, the company noted.

“Different political and economic systems as well as cultural habits influence patients’ behavior and affect the individual therapy outcome,” Gerd-Walter Rohm, expert in diabetes care for the EMEA (Eastern Europe/Middle East/Africa) region at Bayer HealthCare, said at the program’s debut. “Sharing best practices will be the basis for a successful therapy and disease prevention in the future.” 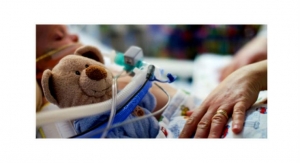 TherOx Expands Board of Directors