Having worn glasses or contact lenses for most of his life, Brent Cannon knew his eyesight gradually would worsen as he plodded through middle age. But the Salt Lake City, Utah, firefighter and paramedic never expected his vision to deteriorate as rapidly as it did early last year.

“In the course of about six weeks I went from 20/20 vision with contact lenses to about 20/50,” he said. “A couple of weeks later I was suddenly down to 20/80. Reading the label of medications was virtually impossible. It finally reached the point that I told my crew I wouldn’t be back to work until I had my vision fixed.”

Cannon didn’t get much time off, though. Less than 24 hours after undergoing outpatient cataract surgery, his vision had returned to 20/20 and those troublesome small-print medication labels were clearly in focus again. “Immediately following surgery I was able to walk out of the clinic and see; the next morning I was 20/20,” the fire captain recalled. “Reading vision was there as well, and I [now] have peripheral vision and depth perception again.”

Cannon’s vision restoration was a relatively simple fix—his ophthalmologist swapped the afflicted organ’s natural lens for a biomechanical/biocompatible multifocal substitute manufactured by Alcon, a division of pharmaceutical giant Novartis International AG. Alcon considers itself a world leader in eye care, having developed phaco- emulsification (a procedure that uses an ultrasonic device to remove cataract-clouded lenses) and the AcrySof brand of foldable intraocular lenses, which have helped reduce both incision size and recovery times since their 1991 worldwide debut.

“Cataract surgery used to mean at least two weeks in the hospital. Because of the large incisions used to remove and replace the diseased lens, patients were required to lie in bed with their head immobile between two sandbags because surgeons were afraid of disturbing the wound,” noted Paul Soye, Ph.D., vice president and research and development head of Alcon’s Cataract Franchise. “Today it is an outpatient procedure. The actual surgery is relatively short, and in most cases, patients see with excellent vision within a couple of hours.”

Despite its smaller wedge, however, Alcon’s Surgical unit outshined its Ophthalmic Pharmaceutical sibling last year by a considerable margin. Net sales rose 5 percent to $3.7 billion; the growth rate was more than double the 2 percent increase logged by the pharmaceutical franchise.

That launch, though, was somewhat marred by a Dec. 3 warning letter from the U.S. Food and Drug Administration (FDA) accusing Alcon of marketing its LenSx laser without first gaining the proper regulatory clearance for software updates and other improvements. Regulators expressed concern over the company’s alleged failure to seek approval for such upgrades as better graphical user interface, and technical service routines performed outside of the surgical procedure. FDA officials also faulted the company for not submitting a plan to address manufacturing problems. The warning letter stemmed from a summertime inspection of the company’s Aliso Viejo, Calif., manufacturing plant.

Other donors to Alcon’s cataract product sales growth were the eye-tracking and intraocular lens positioning devices the company gained in its November acquisition of German eye tracking system developer SensoMotoric Instruments GmbH as well as the surgical guidance and planning software it obtained from computer programming guru Athanassios Kontos and Jack Holladay, M.D., a clinical ophthalmology professor at Baylor College of Medicine in Houston.

Despite its binary benefits, the Endure deal had little impact on Alcon’s bottom line last year. The 9 percent increase in vitreoretinal product revenue came mostly from overseas sales of Constellation Vision System equipment, Novartis’s annual report states.
Refractive products and “other” devices garnered the least proceeds for Alcon in 2012 but posted the highest growth rate (21 percent). Executives linked the upsurge to the launches of Wavelight FS200 and EX500 lasers, the latter of which features a multi-dimensional 1,050 Hz tracker synchronized at 500 Hz, non-contact pachymetry and a 500-Hz pulse frequency laser capable of a 1.4 sec/D ablation. In product literature, Alcon touts the EX500 as the nation’s fastest laser. 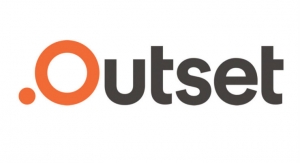 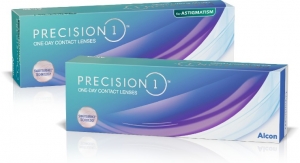 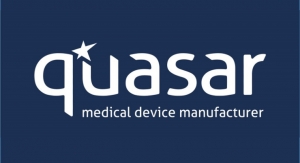 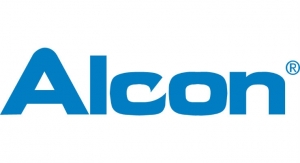