Of the 4.2 billion people worldwide who have a vision problem, 2.5 billion don’t yet have corrective eyewear. That statistic creates a goal for Paris, France-based Essilor International S.A., a maker of ophthalmic lenses and ophthalmic optical equipment. It may be a “mission” according to the company’s leadership, but it’s also a fantastic market opportunity. Essilor, which was formed from the merger of ophthalmic firms Essel and Silor in 1972, operates in more than 100 countries and on five continents. The firm claims it is the world’s largest maker of ophthalmic lenses.

Given the company’s expansion efforts in recent years, it takes the mission and the opportunity very seriously. Worldwide demographics also are working in the company’s favor. Emerging markets present tremendous growth prospects. For example, there was a 13 percent rise in sales for Brazil in 2012—the largest growth for a single country in which the company sells. But we’re also an aging population with eyes to match. Yet more opportunity.

One of the company’s most recent—and highly advertised—breakthroughs is its Varilux lens, the first progressive lens that corrects presbyopia (condition where, with age, the eye exhibits a progressively diminished ability to focus on near objects) to provide clear vision in the wearer’s near, intermediate and far vision.

There’s certainly nothing blurry (forgive the pun) in the company’s financial focus for fiscal 2012 (ended Dec. 31). The company beat 2011’s sales by 19 percent (in euros) to reach approximately $6.59 billion. The last time the company experienced 19 percent growth was in 2000. Globally, 46.3 percent of sales were in the Americas, 35.1 percent in Europe, and the remaining 18.7 percent in Asia-Oceania and Middle East-Africa. Based on its 2012 annual report, 89 percent of Essilor’s sales come from the sale of ophthalmic lenses and 11 percent is driven by other activities, such as equipment sales and readers. Earning per share jumped 14.7 percent to 2.80 euros. Operating profit rose 21.8 percent to $1.1 billion.

Throughout 2012 and into this year, the company continued to expand in the United States—the world’s largest single market for ophthalmic lenses. In July this year, Essilor acquired a 50 percent stake (for roughly 30 million euros) in Polycore Optical, one of the world’s largest sun lens manufacturers. The Singapore-based company, founded in 1976, has production plants in Indonesia and Malaysia, and another facility in the Netherlands. In January, Essilor purchased an 80 percent share in X-Cel Optical, a Minneapolis, Minn.-based manufacturer of high-technology lenses. Financial details were not disclosed.

In October last year, the company opened its first innovation and technology center in the United States in Dallas, Texas (where Essilor’s U.S. headquarters are located). To help bring new technologies to market faster, the center houses research and development teams for the company’s largest regions under one roof, officials said. Essilor also recently opened technology centers in France and Singapore to cater specifically to the Europe and Asia markets. The company has more than 500 researchers among all three facilities and spends more than 150 million euros each year on its R&D.

“The potential for innovation in ophthalmic optics remains vast, with many fields still left to explore. The innovation and technology centers aim to strengthen and accelerate our innovative capacity, in the face of ever more rapidly evolving markets, rising demand for vision correction, and consumer needs that remain unsatisfied,” said Hubert Sagnières, Essilor’s chairman and CEO.

The firm’s focus on new technology development has resulted in some high-level recognition. In September, Essilor was named one of the world’s 30 most innovative companies for the second year in a row by Forbes magazine, which ranked the manufacturer 28th worldwide, fourth in Europe and third in France.

Early in 2012, Essilor released Crizal UV, corrective lenses that offer unique protection against ultraviolet (UV) light through an anti-reflective coating on the back of the lens. While many lenses provide UV protection directly from the front, Crizal UV lenses protect from the back and side of the lenses, which is where—according to Essilor—50 percent of damaging UV light comes from. According to figures provided by Essilor, 15 million people worldwide become blind from cataracts annually, of which up to 20 percent may be caused or aggravated by UV exposure. In addition, 5 to 10 percent of skin cancers, also directly linked to UV rays, appear in the eye periphery. As part of the introduction of the new UV lenses, the company also participated in the creation of a new eye-sun protection factor (E-SPF) for eyes, to increase awareness that UV protection isn’t just for skin. The protection scale has a value from 2 to a maximum of 25 for clear lenses and 50-plus for sun lenses. Essilor claims that its new lenses have an E-SPF of 25. The E-SPF protocol has been developed and endorsed by independent third parties and provides an objective laboratory index for eyewear, certifying the global UV protection of a lens, according to Essilor.
Suggested For You 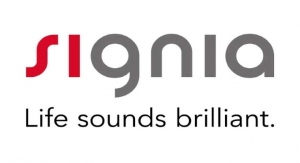 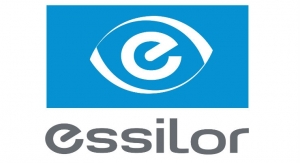