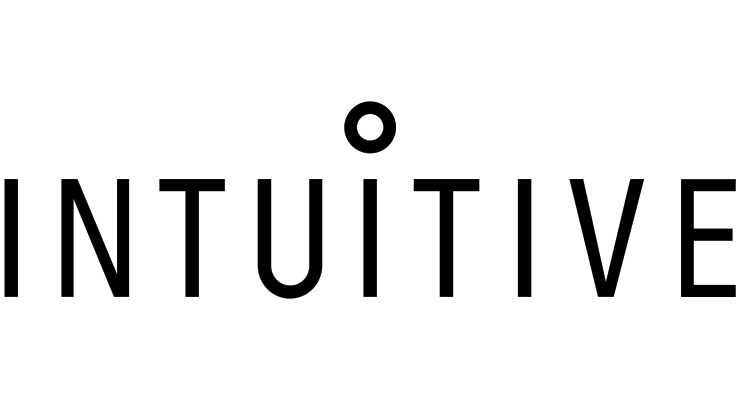 Intuitive Surgical Inc. might never have existed were it not for a pair of tragedies.

Its founder, Frederic Moll, seemed destined for a medical career: His parents were both pediatricians and his mother was the first woman to graduate from the Yale School of Medicine. Not surprisingly, he developed an interest in the field at an early age.

But misfortune struck while Moll was a teenager. He lost both parents within a few years—his mother first, the victim of a sailing accident during a family vacation, then his father, felled by a heart attack.

“I went to college trying to forget about my past,” Moll said in a 2019 J&J employee spotlight story (he currently is chief development officer for Johnson & Johnson Robotics). “I turned my back on medicine and majored in economics.”

Moll’s voluntary estrangement from medicine was short-lived, though. A new surgical procedure called a pulmonary-cardiac bypass eventually softened his stance toward the healthcare sector, for the surgery was saving the lives of men the same age his father had been when he died (54).

With his passion for medicine reinvigorated, Moll enrolled in medical school at the University of Washington. He began his residency in the early 1980s, when minimally-invasive surgery was more of a concept than a practice.

Moll witnessed his first laparoscopic procedure during a gynecology rotation and was instantly hooked. “I thought, this is such a fantastic capability but it’s underutilized due to inadequate technology and training in it. Why isn’t this the future of general surgery?” he recalled in the interview. “I got this idea that the field wasn’t going to go anywhere without somebody improving these instruments.”

That “somebody” was Moll. In the early 1990s, the non-profit scientific research institute SRI International—through National Institutes of Health funding—was developing robotic telesurgical technology for battlefield use. Moll learned about the project in 1994 and, fascinated, almost immediately envisioned ways to improve upon the innovation. He pictured, for example, remotely mimicking a surgeon’s hand movements during procedures without ever touching a medical instrument.

With that concept in mind, Moll embarked on a quest to develop SRI International’s innovation into a full-fledged telesurgical solution. He tried unsuccessfully to convince his employer (Guidant, at the time) to bankroll the project, but instead received support from healthcare financier/advisor/manager John Freund, who had recently left ultrasound imaging equipment manufacturer Acuson Corporation.

“The Intuitive story starts in 1995, where bright minds with a common vision and the drive to do something completely new would change the face of surgery,” Intuitive’s 2020 Sustainability report states. “In 2020, we celebrated a quarter century of pioneering minimally invasive robotic-assisted surgery focused on helping physicians improve the lives of people around the world.”

Besides its 25th birthday, Intuitive last year marked the 20th anniversary of its historic regulatory approval; the company’s da Vinci Surgical System was the world’s first robotic-assisted device to be sanctioned by the U.S. Food and Drug Administration for use in laparoscopic procedures.

Despite the milestones, however, Intuitive had little time to celebrate in 2020. Like most of its peers, the Sunnyvale, Calif.-based company was consumed with pandemic relief efforts, dedicating manufacturing lines to PPE production and engineering staff to ventilator design, and reconfiguring employee workspaces to ensure uninterrupted product flow.

“In surgery, COVID presented serious obstacles to our customers, who needed to treat COVID and non-COVID patients concurrently. During regional virus surges, hospitals faced constraints in staff and ICU capacity, deferring surgical procedures that could wait,” Intuitive CEO Gary Guthart, Ph.D., wrote in the company’s 2020 annual report. “Throughout the year, we worked closely with our customers, adapting to their evolving needs. We implemented a global customer financial relief program in Q2...We loaned or moved da Vinci systems for hospitals as COVID forced them to remap patient pathways. Customers have responded well to these programs, as evidenced in our direct interactions with them and through our Net Promoter Score—which landed us in the excellence tier of measured companies for the second consecutive year.”

Intuitive’s lost profits last year are directly attributable to the decline in surgical caseloads worldwide. Predictably, the dropoff (most prominent in the second quarter) triggered a 16 percent decrease in total robotic systems shipped (936 from 1,119 in 2019) and overall da Vinci Systems utilization (as measured by procedures per system annually).

Interestingly, though, both the installed clinical base of da Vinci Systems and total surgical procedures rose in 2020. The company’s clinical installed base jumped 7 percent to 5,989 systems while the number of worldwide procedures climbed 1 percent to 1.24 million.

“The pandemic challenged our customers and our business. It highlighted some core strengths for the company, introduced some obstacles to overcome, and triggered some changes for us,” Guthart told analysts during a Q4 2020/full-year earnings call in January (2021). “Despite pressure on utilization of our systems due to COVID, our hospital customers continue to invest in building their Intuitive’s robotics programs with additional systems, evidenced by a 7 percent increase in the clinical installed base in 2020. Our confidence in our core business and our long-term opportunity remains robust.”

Helping to boost that confidence was the acquisition of Israeli health IT startup Orpheus Medical last winter, and two product approvals.

Orpheus Medical’s technologies allow users to “capture and share clinical video and imaging from many sources, which may help improve physician and OR care team workflow and enable analysis of their interventions.”

“The addition of Orpheus will provide customers—including surgeons, patient care teams and hospitals—with ready access to and a deeper understanding of their data, which we believe may help our customers improve patient outcomes and lower total treatment costs,” Julian Nikolchev, Intuitive’s senior vice president of corporate development and strategy, said in announcing the February 2020 acquisition.

Orpheus Medical was the first acquisition Intuitive brokered since it purchased Schölly Fiberoptic’s robotic endoscope business in July 2019. Orpheus is now a wholly-owned subsidiary of Intuitive.

The other confidence-booster for Intuitive executives last year (besides the Orpheus acquisition) were the European, Japanese, and South Korean market approvals of SynchroSeal and the E-100 generator.

Cleared by the U.S. Food and Drug Administration in November 2019, SynchroSeal is a bipolar electrosurgical instrument that enables surgeons to perform rapid one-step sealing and transection with a single pedal press. The device uses advanced bipolar energy from its raised cut electrode to transect tissue, then cool down quickly. It features wristed articulation, a rapid sealing cycle, and a refined curved jaw.