Top 10 Trends in the Medical Device and Equipment Industry

Major drivers that will shape the industry in years to come. 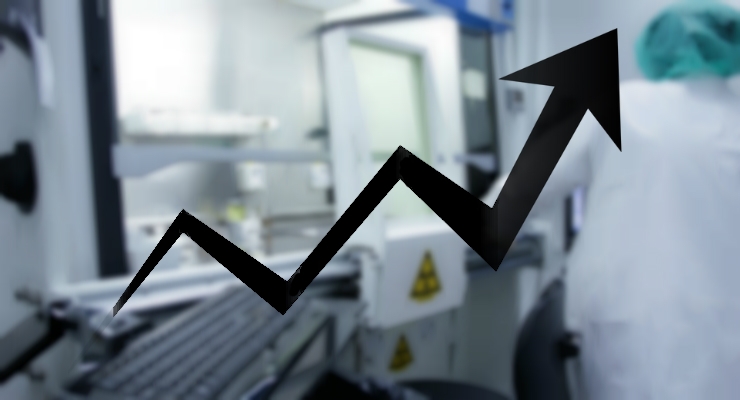 According to reports, revenues for medical devices this year will outperform 2018's numbers.
Praveenkumar Yadav, Digital Marketing at StraitsResearch09.18.19

Medical devices and equipment play an important role in helping doctors analyze and monitor patients. They can also improve the living standards of patients who use medical devices to monitor changes in chronic conditions outside of office visits. In recent years, there have been several critical innovations that have changed the medical industry. Here are 10 trends likely to impact the medical device and equipment industry:

1. Advances in Heart Surgery: Open heart surgery is dangerous and invasive. Breakthroughs in medical equipment are enabling heart specialists to discover new surgical procedures. For example, mitral and tricuspid valve replacement gives access to the heart by a catheter in the skin. It has the ability to reduce recovery time and re-admissions and save lives. Some organizations are already contending to showcase their innovative heart surgery products to the market.

2. Handling Drug Addiction: Illegal consumption of drugs can affect lives, devastate communities, and put a strain on public services. In the U.S., the FDA is endeavoring to tackle substance abuse through the inventive use of medical device technology. VR therapy and the use of transcranial magnetic stimulation devices are some of the approved plans for tackling drug addiction.

3. Treatment of Depression: It won’t take long for medical devices to be included as a standard option for the treatment of mental health illnesses, such as depression. The National Healthcare System (NHS) in the United Kingdom has built a brain stimulation device that can be available from the pharmacy via prescription. People suffering from mental health illnesses frequently have reduced activity in the left frontal lobe, which controls decision-making, personality, and emotional expression. The Flow headset is a wearable device that can be attached to the head with the help of electrodes and gives electrical stimulation to that part of the cerebrum. Sessions usually last about half an hour. Researchers are also testing a small device that can be implanted in the brain, that regulates brain functions and pulses of electrical stimulation, when a patient starts feeling low.

4. Detecting Bacteria: Antibiotic resistance is a serious issue that makes powerful antibiotics useless to fight off microbes. There is no single reason for the issue, yet one of the possibilities can be the intake of antibiotics at an excessive rate. Doctors regularly take that route on the off chance that they need patients to start on treatment while they wait for lab results to come out. In any case, specialists at Penn State University built a medical device that detects the presence of bacteria in a short time and accordingly classifies it. This has made it possible for doctors to only prescribe the antibiotics that are needed, subsequently helping cut down on antibiotic resistance.

5. Pervasiveness of Wearable Tech: Wearable gadgets are extremely prominent right now. In December 2018, Gartner anticipated that the offers of wearables will increase by 26% globally, with shipments reaching 225 million in 2019. As wearables become commonplace, their medical applications will also become more predominant.

6. Targeted Antibiotics: Analysts have formulated a "microgel" covering for implantable medical devices that discharges targeted amounts of antibiotics if bacteria comes close to the implants. Each microgel has a matrix-like structure of specks that are 100 times smaller than the width of a strand of human hair. Analysts believe this breakthrough could significantly reduce the number of post-surgical infections experienced by patients. Assuming this is the case, this would help them cut down a number of complications, and wouldn’t require them to get antibiotic treatments to combat existing infections.

7. Use of Smart Devices and IoT: Devices connected to the IoT are providing medical device manufacturers with a broad array of new data sets with prospective applications for their businesses. With patients paying more attention to their health, effectively providing data and information on the pros of the device can separate you from contenders. Apart from that, organizations can use these measurements to add different features and improve execution on the basis of customer interactions recorded by the device, instead of relying on obsolete methods such as surveys. This can prompt a superior consumer experience in an increasingly patient-driven industry.

8. Monitoring Medical Device Safety: How would you guarantee the ongoing safety and viability of medical devices that are used for the welfare of patients? The FDA is blazing the path by building a national system for collecting real-time data and clinical proof on everything from gadgets used in spinal fixes to ligament closure procedures. The discoveries may well define the connection among patients and medical devices throughout the coming years.

9. Penetration of Consumer Goods Companies: Earlier this year, Apple was allowed two De Novos to take a shot at its ECG monitoring abilities on the Apple Watch. Bose, on the other hand, is also working on technologies to improve hearing aids. Later this year, non-medical device companies working on medical technologies will become more commonplace, with Apple and Bose collaborating with different organizations that identify opportunities to leverage their technology in the medical device industry.