Novel MRI system is a breakthrough in patient accessibility and cost. 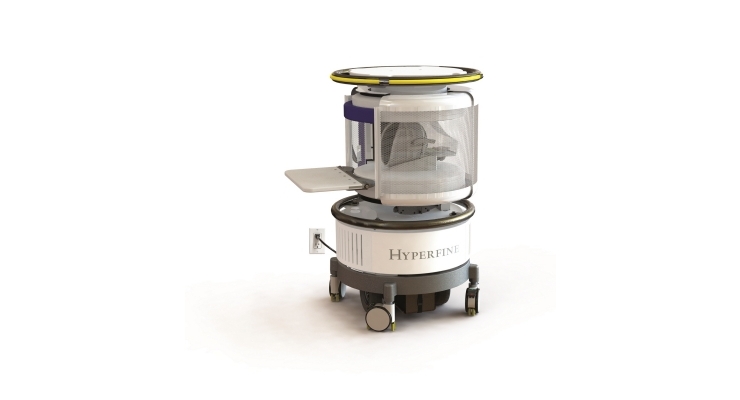 Hyperfine's point-of-care MRI wheels directly to the patient’s bedside, plugs into a standard electrical wall outlet, and is controlled via a wireless tablet.
Business Wire02.13.20

“Nearly six years ago, a dream to create a portable, affordable MRI system was born. We assembled an astounding team, and they took the 10 million-fold improvement in computing power since MRI was invented and the best of the billions invested in green electronics and built something astonishing, something disruptive,” said Jonathan Rothberg, PhD, founder and chairman of Hyperfine Research.

The Hyperfine point-of-care device represents multiple innovations in MRI design, architecture and workflow; more than 100 patents have been issued or are currently pending. The system is highly portable and wheels directly to the patient’s bedside, plugs into a standard electrical wall outlet, and is controlled via a wireless tablet such as an Apple iPad.

The Hyperfine system was designed to address the limitations of current MRI systems in order to make MRI accessible anytime, anywhere, to any patient.

“More than 40 years after its first use, MRI remains a marvel. Unfortunately, it also remains inaccessible. It’s time that MRI made the jump to point of need just like X-ray and ultrasound have before it,” said Dr. Khan Siddiqui, Hyperfine’s Chief Medical Officer. “Going beyond that, nearly 90% of the world has no access to MRI at all. With the FDA’s decision, we are now ready to rewrite the rules of MRI accessibility.”