Trial will enroll up to 15 patients.

The company received approval for the CorMatrix ECM Tricuspid Heart Valve as an early feasibility study approved through the U.S. Food and Drug Administration's (FDA) Investigational Device Exemption (IDE). The trial will demonstrate proof of principle and initial clinical safety of the CorMatrix ECM Tricuspid Valve at eight U.S. centers. The study will enroll up to 15 patients who are candidates for the surgical management of tricuspid valve disease not amenable to annuloplasty or repair; including tricuspid valve disease secondary to congenital heart disease in pediatric patients (younger than 21) and adult patients with tricuspid endocarditis.

Gerdisch is the first surgeon globally to use the tricuspid device in the study. “The past decade has seen an enormous expansion of research in, and subsequently—understanding of extracellular matrix. We have been using CorMatrix for eight years with success in reconstructing complex structures of the heart and blood vessels. In 2014, we published the North American experience with complete CorMatrix tubular reconstruction of the tricuspid valve,” he said. “Given the adaptability and regenerative properties of CorMatrix, we recognized the effect this could have on surgery for tricuspid valve pathology, especially for younger patients. Furthermore, it would serve as a platform for engineering other heart valves. This first FDA study enrollment is a substantial step toward patients avoiding synthetic replacement valves by having the opportunity to regrow their own.”

The CorMatrix ECM Tricuspid Valve is a flexible, unstented valve constructed from the CorMatrix ECM material. The device is specifically designed to function immediately after implantation as a competent heart valve and to perform efficiently at lower transvalvular pressure gradients as experienced by the normal tricuspid valve. CorMatrix’s unique bioscaffold characteristics enable native cells to infiltrate and remodel over time into a fully functioning tricuspid valve. The implanted, remodeled valve is comprised of the patient’s own tissue and leaves behind no “foreign body” as is the case with all mechanical or prosthetic valve designs. In addition, the CorMatrix ECM Tricuspid Heart Valve does not require the long-term anticoagulation therapy associated with the implant of mechanical valves.

Other features of the device include: mechanical resemblance to the native tricuspid valve, conformity of the normal annulus rather than a stiff prosthetic, maintenance of the subvalvular connection to the right ventricle, ability of the device to become lined with native endothelium during remodeling, and ease of surgical implantation.1 In an ovine model, tubular SIS-ECM TV bioprostheses demonstrated “growth.”2

Valve diseases affect up to 5 million Americans each year3 and while some types are not serious, others can lead to major complications including death. When valve disease is severe, it may be necessary to repair or replace the diseased valve. There are no valves on the market that have been specifically designed for adult and pediatric tricuspid replacement. Lack of availability of FDA-approved products for the tricuspid valve has resulted in non-indicated devices being used to replace irreparable valves in adult and younger patients. In pediatric patients, some are left with limited or no surgical repair options.

“The treatment of the first patient in our study represents a major milestone for CorMatrix and strengthens our leadership in the field of regenerative medicine," said CorMatrix CEO David Camp. "This study actively addresses the need for a tricuspid valve replacement that improves clinical outcomes in pediatric and adult patients who may not otherwise have an option. The development of this application of CorMatrix ECM technology truly has the capacity to lengthen people lives.”

CorMatrix Cardiovascular is a privately held developer of biomaterial devices that harness the body’s own innate ability to repair damaged cardiac and vascular tissues. CorMatrix ECM Technology allows surgeons to restore the native anatomy of cardiac and vascular tissue in need of repair, serving as a superior alternative to synthetic or cross-linked materials. Headquartered in Roswell, Ga., the company is currently researching, developing and commercializing a platform technology known as CorMatrix ECM for a variety of cardiovascular and other indications. CorMatrix has U.S. clearance and European registration (with a CE Mark) for its ECM technology. Since its launch in 2006, CorMatrix ECM devices have been used at more than 975 hospitals across the United States and implanted in more than 135,000 cardiac procedures. 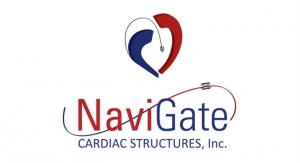 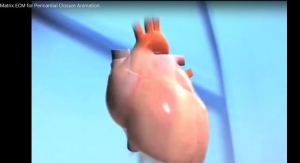