Company officials expect to have the product on the market by the end of the year.

VuComp Inc., a developer of advanced computer vision systems for the detection of breast cancer, has submitted to the U.S. Food and Drug Administration (FDA) its premarket approval application for computer-aided detection for digital breast tomosynthesis.

"This important PMA submission demonstrates our continued focus on developing the most advanced technologies for the early detection of breast cancer, as well as providing radiologists with tools that will impact their diagnostic confidence," said Jim Pike, the company’s chief technology officer. “By being the first company to submit a PMA for computer-aided detection for breast tomosynthesis, VuComp once again stakes its claim as the market leader.”

Debra Somers Copit, M.D., director of breast Imaging at Einstein Healthcare Network and associate professor of radiology at Jefferson Medical College, in Philadelphia, Pa., commented: “DBT clearly decreases the recall rates for screening mammography and increases invasive cancer detection. Yet, there is a critical role for computer-aided detection not only for the radiologist new to tomosynthesis, but also those who have had more experience, given the vastly increased amount of information presented to the reader.”

Officials with the Plano, Texas-based firm anticipate the launch of their computer-aided detection for tomosynthesis solution no later than the fourth quarter of 2015.
Related Searches
Related Knowledge Center
Suggested For You 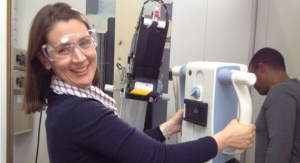