Officials with Arlington, Vt.-based Mack Medical/Mack Molding report that the company is investing $2 million to expand its clean-room molding and assembly capacity to handle significant growth in the medical consumables market.

According to Jeff Somple, who recently was named president of Mack Molding, “while we’ve been involved in orthopedic disposables for some time, this marks our first foray into high-volume, single-use components for a Class III medical device. It’s a critical step that will open up a whole new market sector for us.”

To accommodate the work, Mack is building its third ISO Class 8 molding and assembly clean room at its headquarters plant, which will house four electric presses from the Japan Steel Works (JSW). It is scheduled to be certified by April 1, at which time Mack will begin validation runs, according to company leadership.

Beyond the main molding and assembly area, the clean room will include space for part conveyance from an adjacent soft-walled clean room that will house a robotically automated 500-ton press. Servo-controlled radiofrequency and ultrasonic welding systems will be installed, as well as automated particulate, temperature and humidity monitoring.

Semi-automated equipment will be installed to support molding and assembly, which includes over-molding of extruded tubing. The presses will be vacuum-fed by a modular bank of dryers located outside the clean room.

In addition to this investment, Mack has two other ISO Class 8 clean rooms—a molding clean room with six electric presses and an assembly clean room that is used for non-sterile packaging of medical disposables, light sonic weld assembly, and temperature- and humidity-controlled functional testing. There is also a 24-hour white-room operation that houses four hydraulic presses dedicated to small part medical molding.

In addition to adding clean-room capacity and technology, Mack also has added its pool of medical device engineering expertise and realigned staffing to “better serve the needs” of its customers.

Timothy Hutchings joined Mack after a 12-year stint as senior project engineer for Covidien/Tyco Healthcare in Argyle, N.Y.). Most recently, he served as system expert for dialysis manufacturing equipment and helped lead multiple validation activities. Earlier, Hutchings worked as an R&D engineer on large ultraviolet light disinfection systems for ITT/Wedeco, and as a nuclear plant electrician for GPU Nuclear/Amergen/Exelon Nuclear. Hutchings has earned a Six Sigma green belt and holds a bachelor’s degree in electronics engineering technology from Grantham University in Kansas City, Mo., and an associate’s in nuclear technologies from the University of Phoenix in Phoenix, Ariz. He will have manufacturing engineering responsibilities for medical device consumables.

Both engineers report to Scott Hodges, who recently has been promoted to manufacturing engineering manager. Hodges has worked at Mack for nearly 20 years in both quality and manufacturing engineering. Most recently, he was responsible for all engineering, operations, production planning and compliance for the manufacture of several FDA Class III medical devices. A graduate of The State University of New York (Buffalo), Hodges earned a bachelor’s degree in aerospace engineering, and an associate’s in math and science/engineering from Hudson Valley Community College in Troy, N.Y.

Hodges’ promotion is part of a recent manufacturing reorganization designed to separate engineering from production at the headquarters plant.

“Previously, the line was blurred, so engineers were taking on production and scheduling responsibilities, and were too involved in day-to-day operations,” explained Hornby. “Instead, we want to focus engineering resources on cost reductions, continuing improvement efforts, and new program launches.”

To facilitate that, customer-focused production teams have been created. Each team includes a planner, supervisor, manufacturing engineer, quality engineer and buyer, all with clearly defined roles and responsibilities.

“We’ve added headcount, yet we’ve been able to keep labor, as a percentage of sales, very low,” said Hornby. “We’re starting to see the efficiencies of this type of system, and so are our customers.” 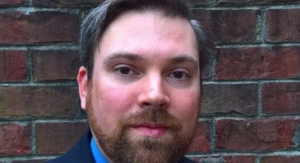 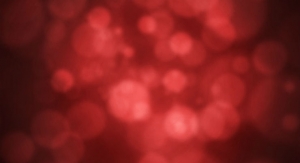 Mack Molding Promotes from Within for New President

Mack Molding Has a New President

Is ConMed Up for Grab?