What Can the Medical Device Industry Learn from the Boeing 737 MAX 8 Crashes?

Boeing has been in the news recently for two crashes involving the 737 MAX 8 aircraft: October 29, 2018 and March 10, 2019. Tragically, both crashes resulted in the combined loss of 346 lives. The 737 MAX 8 is a new model of the 737 aircraft that has been in production in a series of models for over 37 years. All of the models together have flown more hours than any other type of aircraft.

A number of articles have been written about the two crashes attempting to define the cause without waiting for the completion of the investigations. Today, our 24-hour news cycle tends to want a definitive cause immediately. While much is being written, there might be a modicum of truth hidden within the publications. With the hugely complicated systems of today's aircrafts consisting of hundreds of thousands of components in hardware and thousands of lines of code in software, investigators need a great deal of time and various types of expertise to identify the root cause of incidents like these. If we see anything in less than a couple of years of intense investigative efforts, we probably do not have the true root cause identified.

In this paper, we will focus on only one very small aspect of this investigation revealed in several articles, which has revelance to the medical device risk management process of both the hardware and the software system, as it relates to cases the author has encountered in the medical device industry. 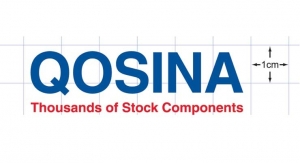